NEW BRUNSWICK, NJ—Two highrise apartment buildings in downtown New Brunswick, including the county government’s former headquarters, were quietly sold last year, but it’s proven to be a challenge to find out the sale price.

Both the buyer, Oxford Realty Group, and the seller, Pennrose Properties, have not responded to inquiries about the multi-million dollar deal.  Records available at the County Clerk’s Office also did not provide basic information about the sale.

But, according to an inside source, the Skyline Tower Apartments, located at 60 Paterson Street, and “The George,” located at 285 George Street, were sold for a combined $35.5 million last summer.

Oxford has managed a slew of garden apartments on Cedar Lane in Highland Park, as well as New Brunswick’s Tov Manor apartments. Their website says the company has been around since 1957 and lists rental properties in three states: New Jersey, New York, and Pennsylvania.

Oxford’s New Brunswick highrise purchases come on the heels of two other big real estate investments made in partnership with The KRE Group, short for Kushner Real Estate Group, a company owned in part by Murray Kushner. 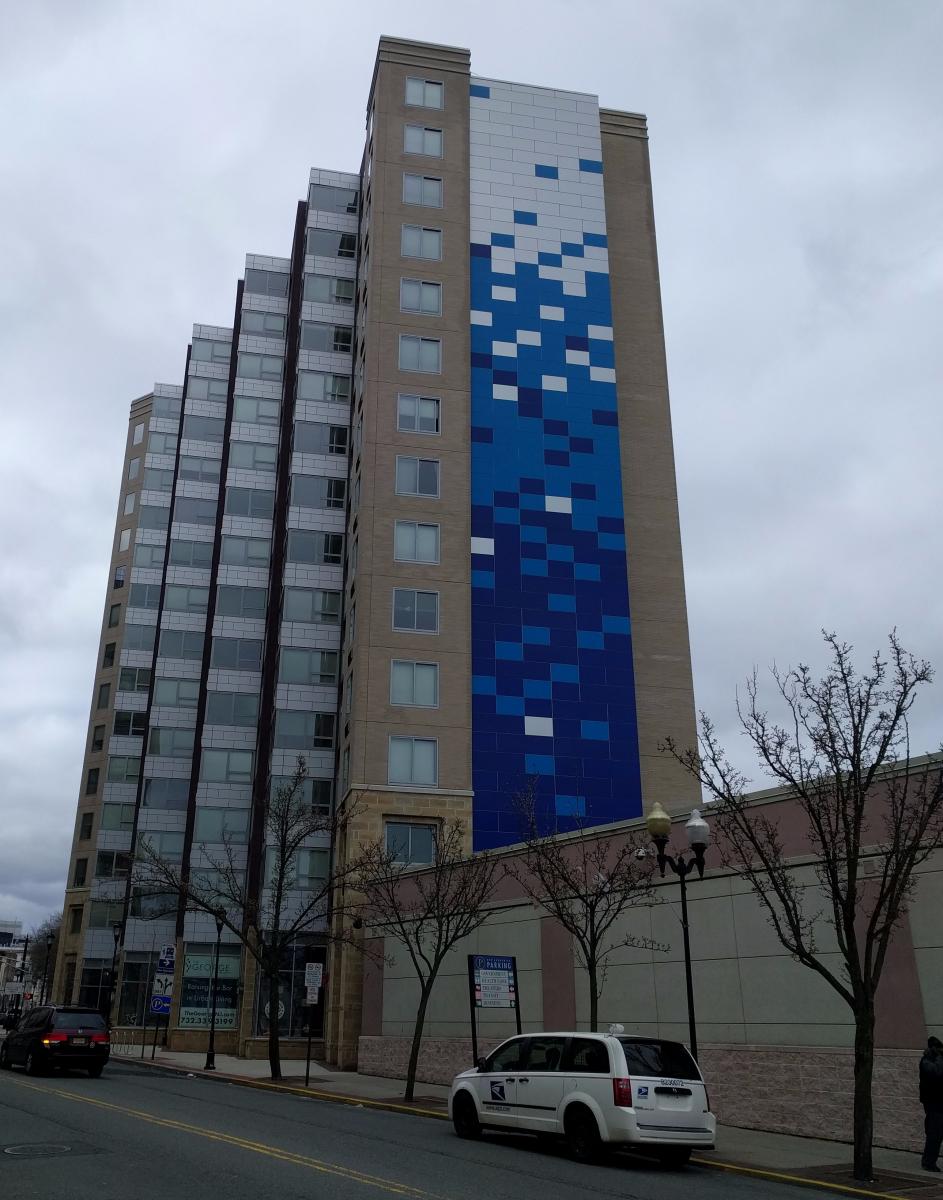 The company is also preparing to build a seven-story building for residents over the age of 55 on Neilson Street, recently securing the unanimous approval of the city’s Zoning Board of Adjustment.  The City Council is preparing to vote on a 30-year tax exemption for the property at their April 5 meeting.

It’s not clear whether the murder had anything to do with the building’s sale just one year later.  But one well-placed source told NBToday that Pennrose has little experience with managing “luxury” buildings, a factor that may have contributed to the quick sale.

The next court date in the State’s case against Molina is scheduled for April 5 at 10 AM in room 408 at the Middlesex County Courthouse, just a few hundred feet from the scene of the crime.

According to documents available at the County Clerk’s Office, a company called Rieder Holdings took out a mortgage worth $18,128,000 on The George from the corporate investment management company Jones Lange Lasalle Multifamily, LLC.

It’s not clear what the relationship is between Rieder Holdings and Oxford Realty, which are both based in Highland Park.  The Oxford Realty Group website says it is a “family-owned” company but does not mention the name of the family.

However, according to a negative online review that called the operators of one of their complexes “quintessential slumlords” lists a few of the key players in the organization.

“This shady organization is run by the Lafonge Associates: George Karasick, Susan Lee and Harry Rieder,” reads the comment.  “They employ 2 property managers and office staff to run a clutch of the filthiest, dirtiest residential hovels ever seen in industrialized countries.”

This was to be financed by the state’s subsidy program, which would allow for 27 apartments to be rented to people whose family income was below 50% of the median family income of Middlesex County.