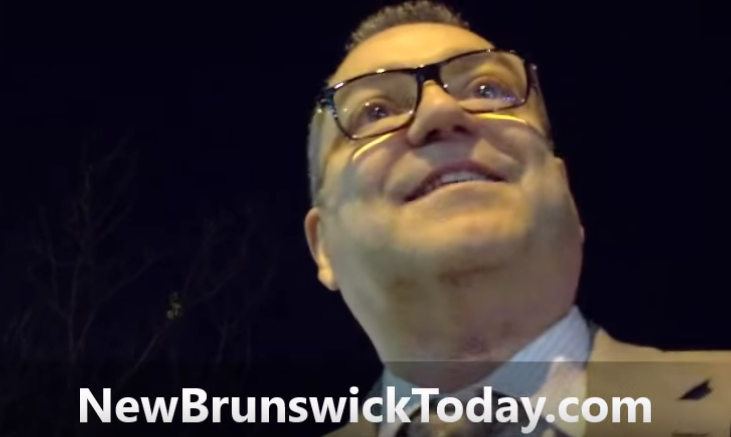 By: Chris Roberts
In: Archive

The failures came on the heels of a prolonged  power outage that forced thousands of student on the school's Cook/Douglass campus to be relocated in September.

Just over one month later, emergency work created an eyesore near the complex known as "Quad II" during the fall semester, as workers dug deep into the ground to unearth a leaking hot water pipe, also known as a steam pipe.

The failing pipe, which had been heavily insultated with asbestos. was the cause of the heating problems for students in some parts of the dormitory, whose interconnected buildings form one-third of the trio of unusual housing known as "the Quads."

"A few mornings in late October, I would wake up… and would need to take a shower, except there would be no hot water," said Aaron Dunbar, a student living in House 27.  "So, I would just go in for a few seconds and I would be freezing."

The week of October 26 presented challenges to many students and Resident Administrators in Quad II, as the school's Residence Life Office and the Administrative Council failed to provide an explanation for the hot water problem.

Anthony Calcado, Rutgers' Executive Vice President of Strategic Planning and Operations, told New Brunswick Today that due to the hot water leaks, the University could not always guarantee hot water to students in the Quad over the last few months.

"We’ve had two High Temp Hot Water leaks in the last two months," said Calcado in December.  "Both these leaks affect heat and hot water at the Quads."

"One was fixed over a month ago, the other has a temporary solution in place until we can effect a permanent solution," said Calcado, adding that the work would be done "probably over the break."

Disease symptoms may take many years to develop following exposure, and the three major health effects associated with asbestos exposure are lung cancer, a rare form of cancer called mesothelioma, and heart asbestosis, "a serious progressive, long-term, non-cancer disease of the lungs," according to the EPA.

The once-common insulation that has since become associated with several diseases is not only present in the underground steam pipe system at the Quads, it's in the buidlings themselves.

In fact, it's present in "most" of the on-campus housing at the state's largest university according to Rutgers officials.

"Of course we have housing with asbestos," said Calcado, during in an improptu interview after Rutgers President Robert Barchi declined to answer questions from NBToday.  "There's asbestos in every building the state of New Jersey, practically built before 1980, 1979."

In fact, students in many dormitories are asked to sign off on a document that states they won't hang any items from their ceilings so as not to disturb the asbestos present above them.

"It goes without saying," said Calcado of the asbestos presence in student housing.

According to the EPA, "Asbestos fibers may be released into the air by the disturbance of asbestos-containing material during product use, demolition work, building or home maintenance, repair, and remodeling."

"In general, exposure may occur only when the asbestos-containing material is disturbed or damaged in some way to release particles and fibers into the air," the federal agency concludes.

Calcado said that the existing asbestos in Rutgers buildings is abated regularly and that the university is "audited by the state," adding that, "We have nothing to hide."

It took an additional two weeks after the expected date for heating to turn on in "Quad II" during the fall.

"It was cold down there. You'd have to be like Mr. Freeze or something to be comfortable in that temperature."