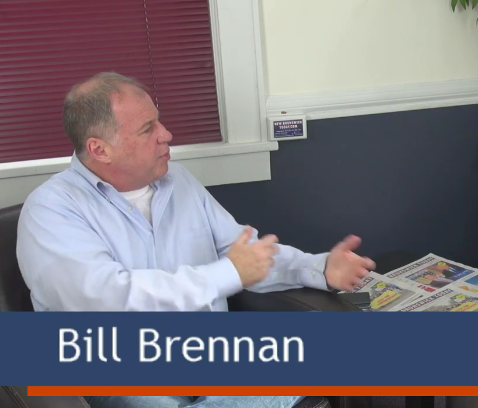 NEW BRUNSWICK, NJ—Gubernatorial candidates John Wisniewski and Phil Murphy spent some time at Rutgers University's main campus with the hopes of building support from student voters ahead of the 2017 elections.

On November 30, Murphy held a "town hall" meeting at the Student Activities Center, with the event being heavily attended by Rutgers student and local party officials.

Both men are seeking the Democratic Party's nomination for Governor in the June 2017 primary.

Before Wisniewski threw his hat in the ring on November 16, Murphy was the only officially declared Democrat in the race, and had already locked up the support of most of the state's leading Democrats.

Bill Brennan, a former firefighter who hails from Wayne and filed the criminal misconduct complaint against Chris Christie over the "Bridgegate" scandal, is also seeking the Democratic Party nomination, as well as West Orange priest Bob Hoatson and Montclair's Jim Johnson, a former U.S Undersecretary of the Treasury for Enforcement.

“Twenty-two days ago the world and our country changed," Murphy added. "The stakes got a lot higher."

Like Trump, Murphy labeled himself as an "outsider" due to  the fact that he held no prior positions in elected office.

"We've started as outsiders and we are outsiders," Murphy told reporters after the event.

If elected, he would protect "sanctuary cities" and not "round people up," he said.

"I give [Newark Mayor] Ras Baraka an enormous amount of credit… this is a moment of character, this is a character test. I don’t know where the money will come from." Murphy said. "The question is: Are we on the right side of history?"

One of the key differences students noted between the events was that at Murphy's gathering, students were told to write down questions and submit them to the campaign staff, who ultimately decided which ones deserved to be asked.

Wisniewski has served on the State Assembly since 1996 and is known for co-chairing the investigative committee that led to stunning revelations about the Bridgegate scandal, where incumbent Governor Chris Christie's administration purposefully caused repeated traffic jams in Fort Lee.

Wisniewski also took jabs at Murphy's portrayal of himself as an outsider candidate.

"People can call themselves whatever they want, but the record speaks for itself," Wisniewski said, "I have not gone around courting county chairs for their endorsement, I do not have the political bosses anointing me. I think that defines who the political insider is."

Wisniewski added that he would support undocumented immigrants and "sanctuary cities," including those who are pursuing higher education under NJ's DREAM Act.

"We’re in uncharted territory with the Trump administration," Wisniewski told the packed classroom in Van Dyck Hall. "What we need to do is make sure New Jersey [becomes] a sanctuary so people can live in this state and thrive and succeed. We’re all immigrants.”

Wisniewski told New Brunswick Today that he might support a modified version of the state's controversial red light camera enforcement program, which ticketed motorists who were still in an intersection when the traffic signal turned red.

The program went offline in December 2014, after no legislator moved forward to renew the project after its' five-year pilot program expired.

Wisniewski admitted that that the program was "self-funding" in that the money raised from the program was simply going back into funding it, something he would oppose in a new version of the bill.

Wisniewski added that he would sign a bill to re-instate the program if it did away with the "self-funding" mechanism and didn't ticket motorists who turned right on red.

Whoever wins the Democratic primary will go on to face the winner of the Republican Party's primary, and at least one other independent candidate: Rev. Seth Kaper-Dale, a pastor at the Reformed Church in Highland Park, who is running on the Green Party ticket.