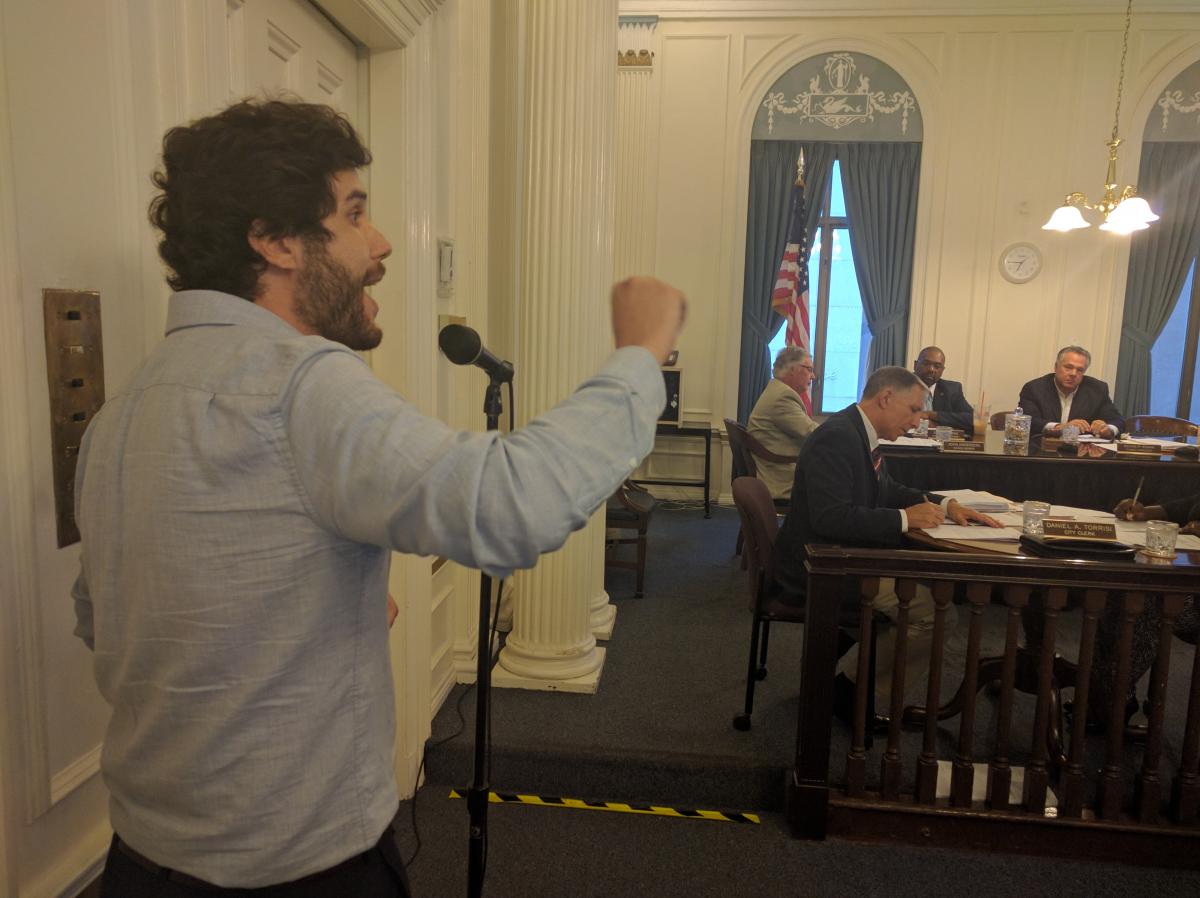 NEW BRUNSWICK, NJ—A petition to New Brunswick's paid sick leave ordinance that was meant to go to ballot in November has been withdrawn.

Advocates within the New Brunswick community had called for the petition to be withdrawn because it excluded temporary workers, who are a large part of New Brunswick's economy.

"Last Tuesday's council meeting confirmed the city's position that the passage of our proposal could serve to limit the rights of certain temp workers," read a statement from the New Jersey Working Families Alliance (WFA), an advocacy group based in Newark that had spearheaded the petition.

"Our commitment is to all workers and raising up all working families and we are glad to support a withdrawal and hope to return with a proposal that ultimately can grant all private sector workers a much needed right."

The initial sick leave ordinance was passed in December 2015, and it went into effect this year.

It required New Brunswick-based employers to provide paid sick to any employee who works over 20 hours a week, as long as the business employs more than five people.

However, there were some exclusions within the ordinance, as New Brunswick Today reported.

The ordinance that passed did not cover small businesses, employees who work fewer than twenty hours at each of their jobs and, importantly, per-diem and temporary workers at the city's two major hospitals.

In July, the NJWFA filed a petition hoping to change that, and expand the law to cover those originally excluded.

Although the decision was headed to ballot in November, WFA withdrew the petition entirely after pressure from other community activists, who argued the changes would take away paid sick leave benefits from thousands of temporary workers who are transported by their staffing agencies to perform work in other towns.

The petition to change the law carried official weight under the initiative and referendum provisions of the NJ Faulkner Act, which New Brunswick's local government is based on.

This process allows citizens to pass their own laws. If a petition gets a certain numbers of signatures from registered voters, the city council is forced to hold a vote on the proposed law.

If the council votes "no" on the law, it is put on the ballot for the voters to decide.

This year, a petition needed less than 200 signatures to force a vote, and the WFA-sponsored petition had been signed by 506 people who are registered to vote in New Brunswick.

WFA Executive Director Analilia Mejia appeared on the September 6 episode of the "New Brunswick Today Show" to discuss the petition.

Mejia pointed out that the current ordinance could better address the needs of working families, and highlights the importance of providing temp workers and per-diem hospital employees with sick leave as well.

The petition was certified on August 17, and the September city council meeting was pushed forward one day so the city council could hold the required public hearing and vote on the petition within the legally required 20-day range. 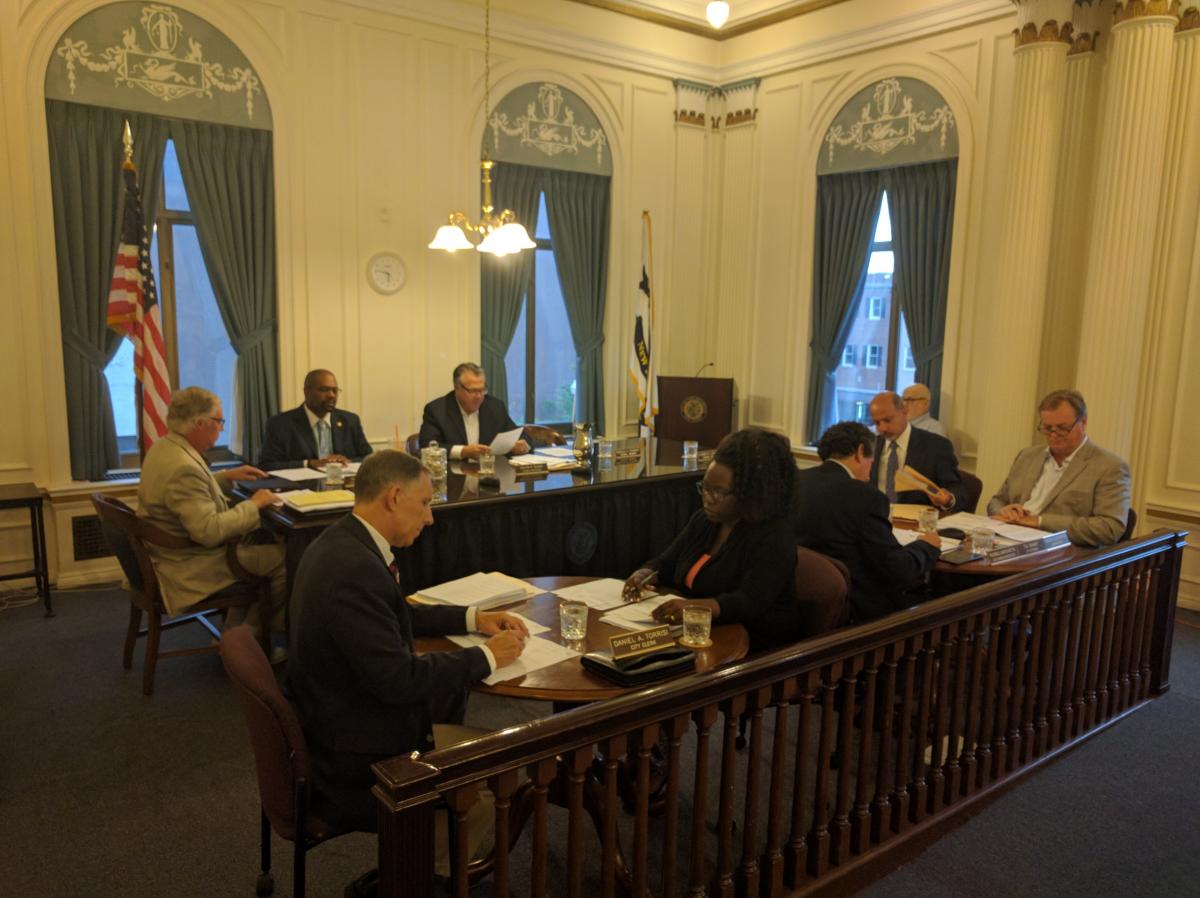 The petition was voted on during a city council meeting on September 6.  Councilwomen Rebecca Escobar and Elizabeth Sheehan Garlatti were both absent.

All three Council members present at the meeting voted to oppose the petition, which would have sent to. That meant that it was going to go on the ballot in the November election.

Analilia Mejia, the executive director of New Jersey WFA, spoke about the petition at the hearing, going back and forth with city officials about the impact it would have.  City attorney TK Shamy raised questions about whether or not Mejia had actually circulated the petitions that she had signed as the official circulator.

Additionally, there was tension between Mejia and Council President Kevin Egan, who said it was "laughable" that an organization not based in New Brunswick was trying to change a city law eight months after it passed.

Representatives from New Labor and the Esperanza Project spoke against the petition as well.

Jason Rowe, who works at Unity Square, appeared on the September 7 episode of "The New Brunswick Today Show." He explained some of the pushback against the new petition.

"What's going to the ballot, to be very clear, is not a petition to cover all workers," he said. "It's a petition to take away rights currently held by staffing agency workers who work for agencies in New Brunswick and who are transported out of New Brunswick."

Rowe also pointed out that one in ten New Brunswick residents who are in the workforce work for temporary agencies.

The following day, the NJWFA officially withdrew the petition, during a ten-day window when they were able to do so before it was officially placed on the November ballot.

"We commend activists and workers for their continued commitment to the workers of New Brunswick as well as those across the state," read the NJWFA statement.

"Despite our best efforts to propose adjustments that would allow the city to expand the coverage it provides certain workers to all private sector workers in the city, we were unable to secure an amended petition that would only serve to expand the rights of workers and would not in any way be interpreted as setting new limitations to existing rights."