By: Kellie Beasley
In: Archive

NEW BRUNSWICK, NJ—Students, parents, and teachers at the Paul Robeson Community School are in for a major shake-up after this summer, when the school will be closed for renovations.

Superintendent Aubrey Johnson announced that a two-year, state-financed renovation project on the school will be moving forward in a November 23 press release from the school district.

This project which will be costing the state approximately $47 million, and will be sending the would-be students of Paul Robeson to the recently-emptied warehouse school on Van Dyke Avenue, referred to by district officials as "Building 40" or "the Swing Space."

For the better part of a decade the large building has housed students.  It has never hosted an industrial use, and for at least the next two school years, it will continue to be used as a school.

Superintendent Johnson has previously made it known that he is not in favor of relocating students once the academic year has begun, so this renovation project is slated to take place begin the summer of 2016 and be complete in time for the 2018-2019 school year.

After its completion in the summer of 2018, the school is expected to increase in size by 60,500 square feet. The addition will include a multi-purpose room, more classrooms, and smaller instructional rooms.

"After two years of work, we'll have what amounts to a completely new, state-of-the-art education facility," said Superintendent Johnson.

The NJ School Development Authority (SDA) is in charge of the project and has hired Farmingdale-based by Hall Construction Company to do the construction and renovations.

Building 40 was first utilized as a school in the 2000's when A. Redshaw Elementary was temporarily relocated.

This arrangement continued for nearly nine years until Redshaw reopened in January of 2015.

In August, newly-appointed Superintendent Johnson expressed concerns of the safety and layout of the building if it were utilized as a full-time school.

Johnson later backed off those statements, and months later, and said New Brunswick Today did not understand his statements from August.

"For clarification, my comment were specific to the new Lincoln Annex school related to the delay in its opening," read Johnson's response to an October 6 article in NBToday.

Johnson also took issue with the characterization of the building as a warehouse.

"In my opinion, it's inaccurate to refer to this facility as a 'warehouse.' In fact, the structure features more than 40 classrooms, gymnasiums, a cafeteria, and more, and meets all applicable codes for use in educating children and is considered a 'school,'" the Superintendent continued.

"New Brunswick is fortunate to have such a facility! It's misleading to your readers to identify Building 40 as a warehouse."

The warehouse school is owned by a limited liability company controlled by developer Robert Paulus.

According to the minutes of a 2o11 Zoning Board meeting, the property owner's attorney said the "property contains two warehouses which currently are used as swing schools." 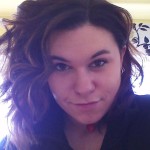