NEW BRUNSWICK, NJ—Edward O'Rourke, a longtime employee of the New Brunswick Water Utility, admitted to being part of an extensive coverup of water quality problems in New Brunswick, resigned in October and pleaded guilty to serious crimes on December 17.

The "licensed operator" in New Brunswick until his license was suspended in 2013, O'Rourke has pleaded guilty a second-degree charge of "corruption of public resources" and third-degree violations of the Safe Drinking Water Act.

Even though he endangered hundreds of thousands of people, prosecutors are only pushing for him to spend three years in prison.

"O’Rourke’s failure to correctly test and accurately report water purity information to the DEP meant that regulators were not able to determine whether there were any pathogens in the water pumped to the public during the relevant 33-month period," reads a press release from the NJ Attorney General's Office.

O'Rourke, a 60-year-old resident of Brick, admitted to "repeatedly and intentionally [submitting] false water purity testing data to the DEP in order to hide the fact that he had failed to properly oversee the testing of drinking water samples on behalf of New Brunswick and Milltown."

Though it is not mentioned in the release, there were at least seven times between 2010 and 2013 when the city failed to notify residents that they should be boiling their water before use.

Law enforcement said that O'Rourke listed false testing dates on forms "designed to cover up the fact that water samples were not tested within the approved 30-hour timeframe for a valid test."

But that wasn't the only type of falsifications O'Rourke had engaged in, based on the AG's review of more than 200 fraudulent forms submitted to the state.

O'Rourke also was found to have lied about the locations where water samples were taken, fabricated data when samples were never tested at all, and used testing methods for which the lab was not certified.

However, under a plea deal, the AG's Office will recommend a three-year prison sentence for each of the hundreds of crimes O'Rourke committed, and they want to allow the sentences to run concurrently.

“He lied hundreds of times. Prison is the right penalty for such flagrant dishonesty, given that we’re talking about regulations designed to protect the public’s health,” said Director Elie Honig of the Division of Criminal Justice.

The AG's office says that the crimes occurred between April 2010 and December 2012, and but New Brunswick Today has unearthed evidence of coverups going as far back to 2004.

O'Rourke had worked for the city since 1975, and earned $78,893 as the "chief water treatment plant operator." 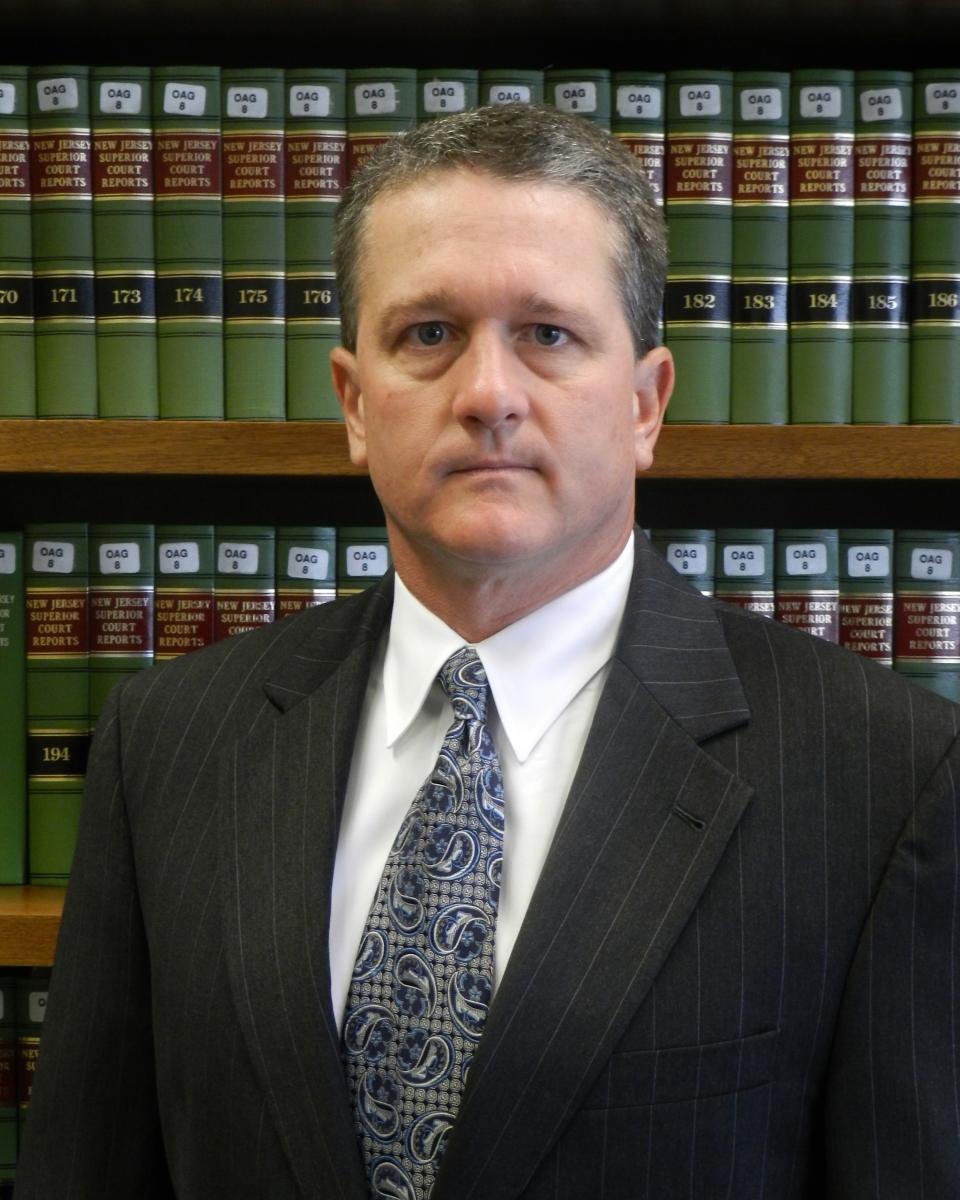 “O’Rourke had a duty to oversee these two water systems in a manner that ensured the quality and safety of the drinking water supplied to tens of thousands of residents, and he not only failed to perform proper testing, he lied about the tests that were performed to cover up his failure,” said Acting Attorney General Hoffman.

“O’Rourke callously disregarded the health consequences that might have flowed from his failure to obey the law and accurately monitor the water supplied to these communities.”

Hoffman's father, also named John Hoffman, is on the Board of Directors at American Water, the same company hired to take over New Brunswick's water treatment plant in the aftermath of the scandal.

In addition to being licensed operator for both New Brunswick and Milltown, O’Rourke was also the manager of the New Brunswick water testing laboratory.

Without naming names, the Attorney General's Office press release also implies that additional staff at the city's Water Utility may have been involved.

"The investigation revealed that O’Rourke and his staff were not consistently following proper testing protocols and therefore they frequently did not have samples and data that were compliant with federal and state testing requirements," reads the release.

A spokesperson for Mayor James Cahill said they were not sure who the Attorney General's Office was referring to as "O'Rourke's staff."

"Aside from that singular, nonspecific mention and I am not aware of any additional people involved," said Jennifer Bradshaw, the spokesperson.

"I do not have knowledge of who worked under O'Rourke in the department at the time of the falsified documents. [The Open Public Records Act] can probably provide that answer."

As we reported, O'Rourke made some $1,500 in political donations to local Democrats, including a $500 donation to Mayor Cahill around the time state regalators were starting to look into the Water Utility.

The sentencing may provide some closure to the embattled Water Utility, which has changed Directors several times and struggled through an expensive short-term privatization since the coverup was exposed by New Brunswick Today and the NJ Department of Environmental Protection.

O'Rourke's resignation came two and a half months before the plea agreement became official, and one day after the city ended its controversial water privatization agreement with NJ American Water.

"I can tell you that Mr. O'Rourke has resigned on October 1, therein negating the need for disciplinary action," said Business Administrator Thomas Loughlin III, who oversaw the Water Utility during most of the cover-ups. 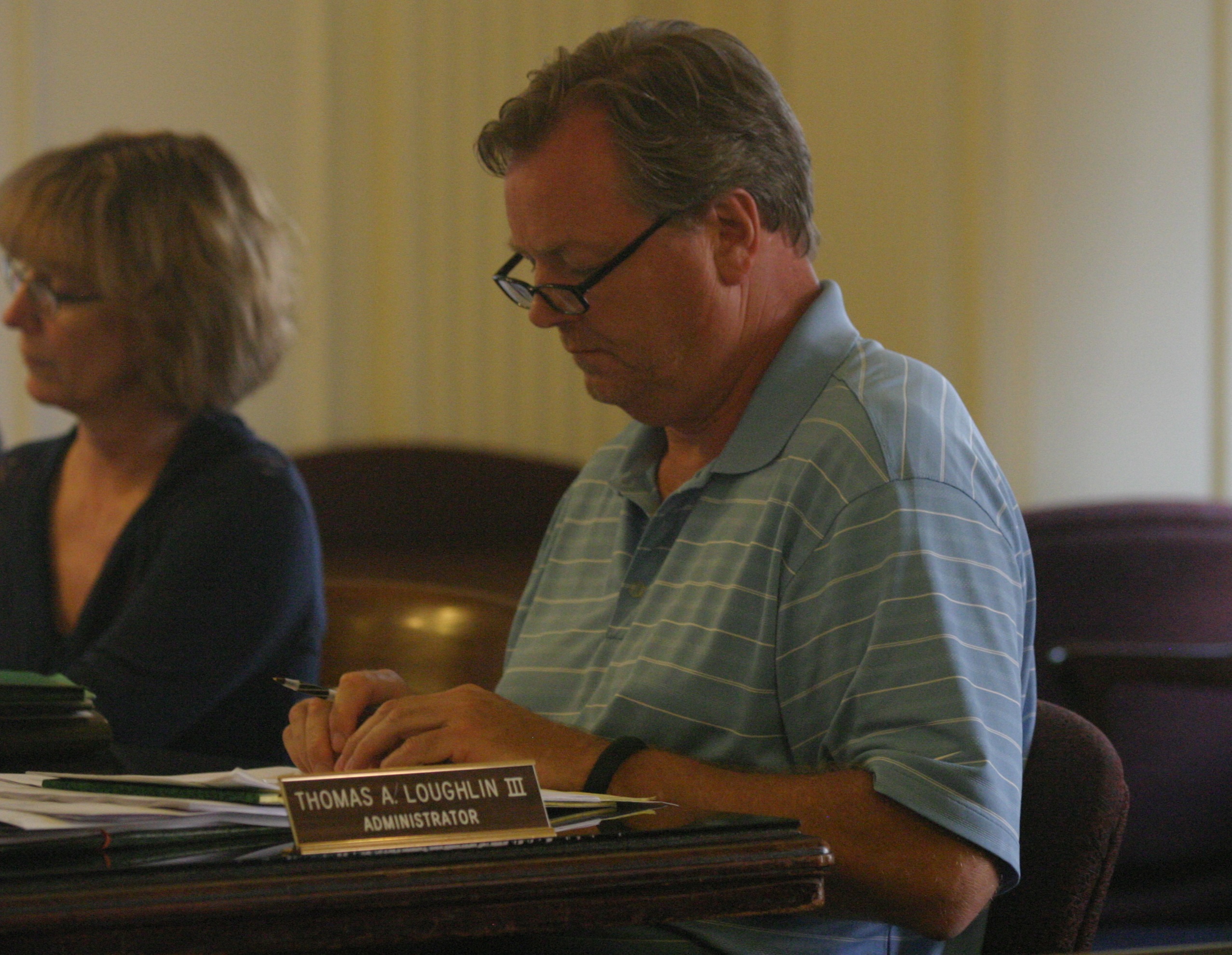 Despite having no experience or training in water treatment, Loughlin was put in charge of the utility in 2007, after Water Director Shawn Maloney committed suicide shortly after learning he was under investigation.

In July 2013, operational control of the treatment plant was taken away from O'Rourke, but he remained on the job for several more months as the investigation continued.

In October of that year, he was suspended with pay, an arrangement that lasted two weeks before he was finally taken off the payroll and suspended without pay.

He remained suspended without pay for nearly two years, and officials did not seem eager to proceed with an administrative hearing that O'Rourke had requested.

At the time, city officials defended their decision to suspend O'Rourke, insisting that firing him was not an option.

However, that was not the case: it appeared he could have just as easily been fired for cause.

"Generally, yes, all employees can be fired for cause," confirmed a spokeswoman for the state Department of Community Affairs. "But exactly what constitutes adequate cause may vary depending on the employee."

"We'll see how this plays out," said Loughlin, who insisted that O'Rourke was "entitled to an administrative hearing at our level."

O'Rourke was also entitled to a separate hearing regarding the suspension of his water treatment license.

"Maybe during one of his two hearings, maybe we will hear more of an explanation," Loughlin said.

Neither administrative hearing will happen now, because he quit the job and cut a deal with state regulators.

O'Rourke would not have been able to return to his old job because he agreed to a five-year suspension of his water treatment license.  He also agreed to pay an $8,500 fine to the state's Department of Environmental Protection.