The meeting, held as part of the organization’s weekly meeting, was reminiscent of a brainstorming session.  The new committee only had three members of its five members present.

Still, a standing committee that would focus solely on sexual assault response and prevention was something that had been lacking in the student assembly, according to the committee’s members.

“I’m hoping the organizations that become involved will pick up the slack,” wrote Margaux Taylor, chair of the committee.

Taylor said that the two main areas of focus will be on the prevention of and response to sexual assault.

Ideas brought up ranged from a mandatory bystander training for certain members of student organizations and clubs, to workshops that would cover topics on healthy relationships, consent and gender-based violence.

The standing committee will exist as a one-year pilot program, with the ultimate goal of it being a long-term, permanent part of the student assembly.

On September 24, the student assembly squashed efforts to form the committee by Allie Williams, a Rutgers junior who had been spearheading sexual assault advocacy efforts within the organization.

During the 2014-2015 academic year, Williams was acting chair of the RUSA Sexual Assault Task Force, which according to her, lacked logistical or structural support from the rest of the assembly despite numerous achievements.

“That’s why I want Margaux and future chair to have all the benefits of a full committee.”

Standing committees are largely autonomous and enjoy a much wider range of privileges and responsibilities.  Dissolving a standing committee would require the passage of another bill, while ad hoc committees expire automatically.

During the quarrelsome September 24 meeting, RUSA Treasurer Vishal Patel told members of the assembly and general public that a standing committee should have much broader goals, and that an advocacy committee of this kind would be too much of a specific issue.

But many slammed the RUSA Treasurer for his line of reasoning.

“That line of reasoning, in a nutshell, is exactly the problem with discussions about sexual violence: That it’s some kind of fringe, special-interest issue that only affects feminists or ‘Douglass women’ or those who may have had a personal traumatic experience,” wrote Sabah Abassi, a former opinions editor at the students newspaper, the Daily Targum.

Abassi questioned why RUSA members did not see fit to use the committee structure “to address the rampant, widespread issue of sexual violence and assault on campus.” 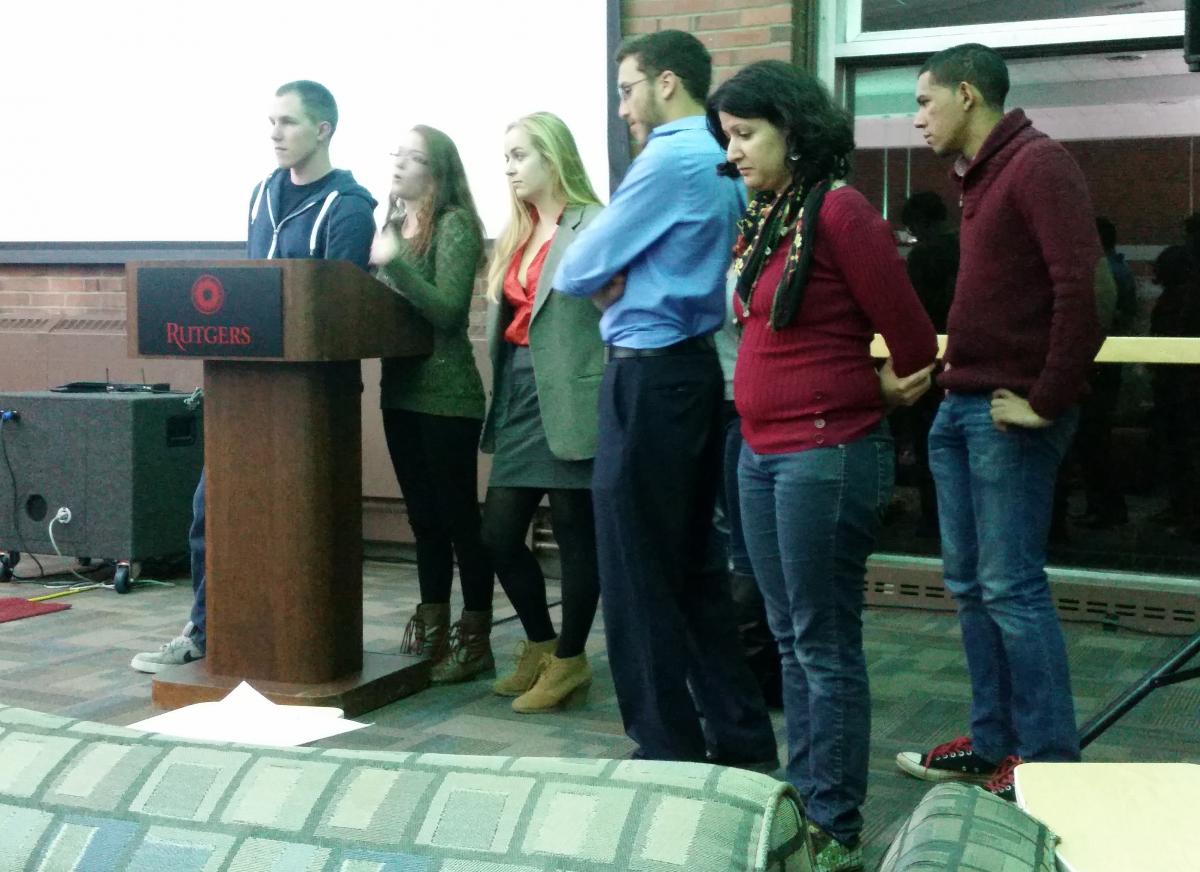 Ultimately, the bill did not garner the two thirds needed to create a standing committee, getting a total of 14 votes for and 8 votes against the committee, in addition to 9 abstentions.

The bill was reintroduced at an October 15 meeting, where several of the bill’s authors and supporters took to the podium to push for a second chance at scoring the necessary two-thirds vote.

Yet even with broad support, members of RUSA and the general public remained skeptical that the committee could achieve anything notable.

“What makes you think that this committee, doing all this advocacy stuff, is actually going to change the lives of the student body and stop sexual assault?” asked RUSA member Henggao Cai at the October 15 meeting.

“What makes you think that this is going to stop sexual assault at all? What objective measure are we going to use to keep this committee accountable?”

Williams maintained in response that with the remarkably high rate of campus sexual assault, the vast majority of students are reporting the incidents to other students, rather than university staff and administration.

“We are the primary platform for the students voice… or we should be. And that’s why it’s important that we do this.”

Other supporters brought up an earlier suggestion that the committee write up a report at the end of the year that would summarize everything the committee worked on and accomplished.

RUSA President Matt Panconi added that, “You can look to the already existing structure of RUSA for that, so it’s the president’s responsibility as well as the vice president to ensure that all committees of RUSA are being productive, so that structure is going to remain with this committee.”

One student from the Rutgers Business School questioned how Panconi would oversee the committee.

“I wanna know how you are going to do that.  I think to have serious oversight and to have serious goals met, you have to have influence over the entire RUSA body, to select these people to be on the committee.”

“Each member is going to have an opinion on this because they are going to be internally elected,” Panconi responded, “You’re worried about this one committee, but I ask “how are we doing that with every other committee, how are we ensuring that they are productive?”

“You’re right, structure does play an important part, but we were all elected for a reason, so we all have to ensure that they are being productive. So in some sense you do have to put some faith in us.”