NEW BRUNSWICK, NJ—Funnyman and star of MTV2’s “Guy Code,” Damien Lemon will be bringing the laughs to downtown New Brunswick this weekend.

The comedian is set to perform five shows at the Stress Factory on Church Street.  The shows are open to anyone 16 or older and tickets are $20.

There is an opportunity to save $2.00 if you share the event with your Facebook friends at checkout.

Lemon will be performing at the Stress Factory at the following show times:

Damien Lemon has a ten-year career in comedy, starting in stand-up, and expanding to global television screens like Comedy Central, The Amazing Spiderman Movie, and one of MTV2’s biggest shows, Guy Code.

Lemon is a New Yorker, but spent his college career at Clark Atlanta University, majoring in Psychology.

“I didn’t even start comedy until I left Atlanta… But, Atlanta’s cool. It’s a backdrop to a lot of material,” Lemon told New Brunswick Today.

“You know, it’s my college years, so college is already something to draw upon. I had a great time in Atlanta. To me, Atlanta is the closest thing to Africa we’ve got in the United States.”

“Why do you say that?” asked this reporter.

“It’s Black as hell. If you look at Atlanta, you don’t really have to see white people. You could go a couple days without seeing white people. It’s possible in Atlanta.” 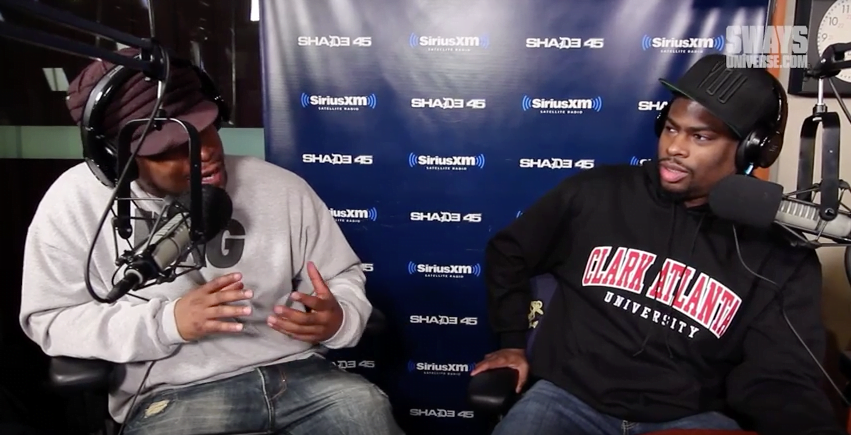 Lemon has been interviewed by many leacing media in the country including The Source magazine and Power 105.1’s The Breakfast Club.

After college, Lemon returned to New York and started working for Vibe, one of hip-hop’s most influential publications.

“I was the Music and Entertainment Sales and Marketing Manager, one of the longest titles in the masthead. It was dope; I got to travel to LA maybe ten times a year,” Lemon said during an interview with Vibe in 2013.

“It was a vanity job, but once I got into the comedian thing, I started to lose the passion for doing sales and they peeped and I got let go. It was honestly a good thing because I kept saying ‘I’m gonna do this shit’ so it gave me the kick in the ass I needed.”

After being let go from Vibe in 2007, Lemon went full fledged into the comedy scene, catching the eyes of MTV. 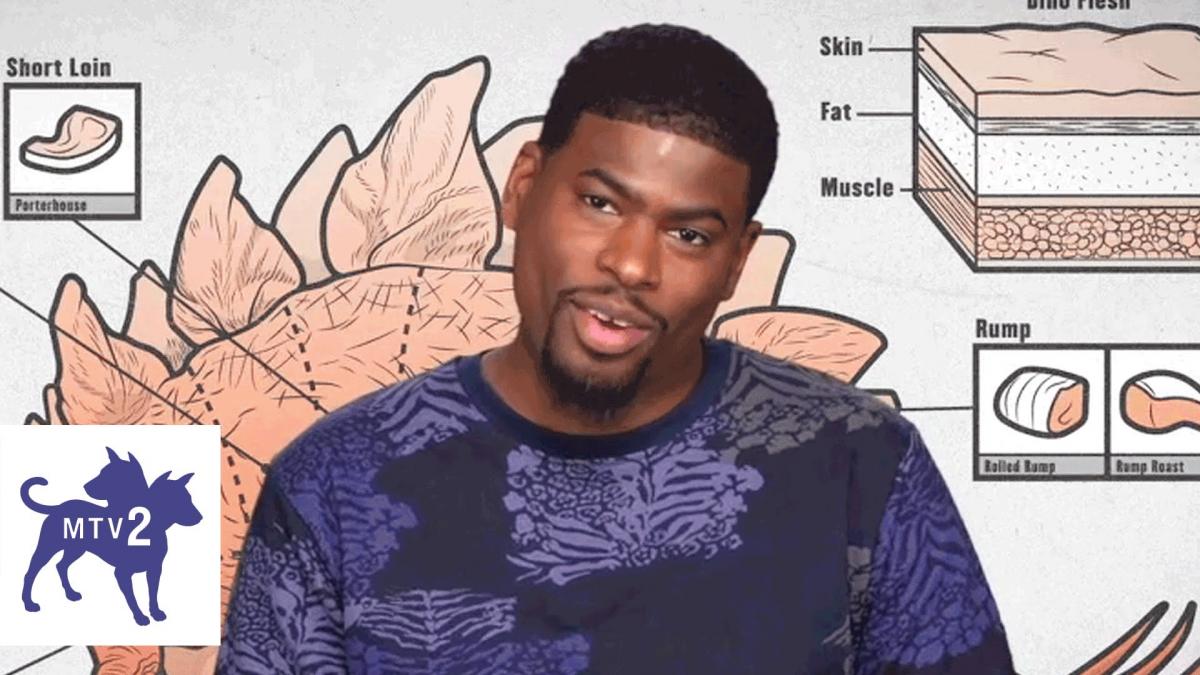 “Around 2011, I was starting to gain momentum in comedy and I did an MTV comedy showcase and I rocked it. People from MTV hit me and asked if I had management and I told them I was actively looking for it. They linked me with my management. MTV would bring me in for various things to pitch a show about the worse rap videos ever. The creator of Guy Code came in and my old sales tactics kicked in.” Lemon told Vibe.

Since then, Lemon’s comedy career has continued to reach new heights.

In 2012, he played the role of the taxi driver in The Amazing Spiderman, his first time acting on the big screen.

“Honestly, I didn’t want to say nothing about it because my role felt like one of them roles they could have cut out. I didn’t want to be the dude to be like ‘Yo, I’m gonna be in that Spiderman when it comes out, watch for me.’ And then it get cut. And then I’m bitter for 13 years talking about ‘You know what? That movie was trash.’ Fortunately, enough, I was in there, [and] it was a good look.”

He is also a host of “In The Conversation,” an hour-long podcast available on Soundcloud.

In 2013, Lemon created the comedic web series D.Lemon in the Morning whose show has featured guests like rappers, academics, and felons-turned-authors.

Lemon’s first love has and always will be stand-up, as he said in an interview with 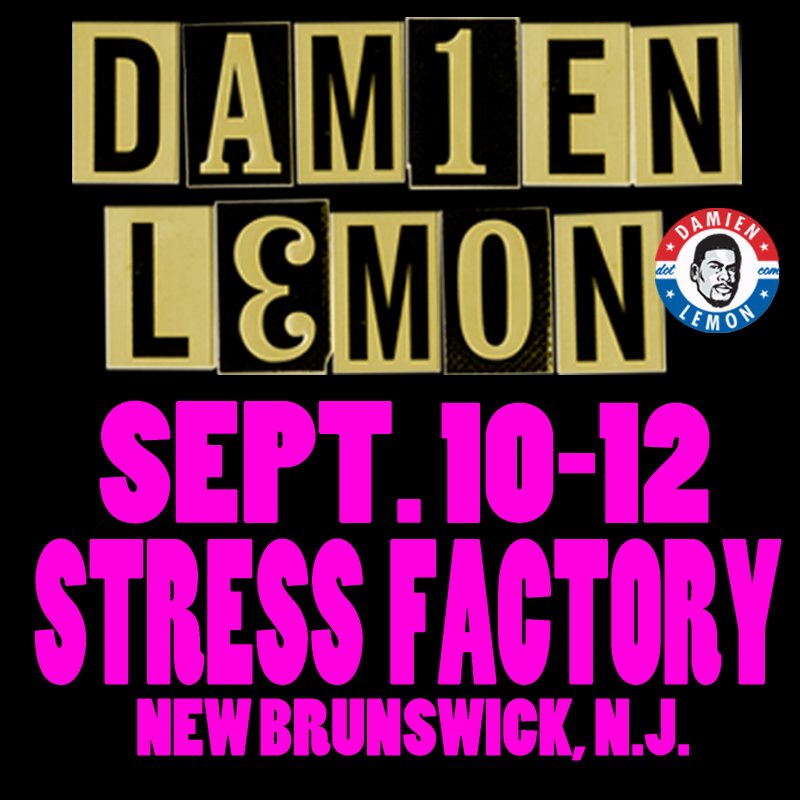 “By doing the television, by doing the movies, that gives me the exposure, to bring everybody out to come see me live. And when you see me live, that’s where I really get busy. That’s my first love, standup, so I like being on that stage in the club, in the theater, you know, catching [laughs]”

Lemon talks about controversial issues like the Ray Rice scandal and Rachel Dolezal. New Brunswick Today asked him if there is a limit to what comedians can talk about.

“I don’t think there’s a limit to what you can say. I think you gotta challenge yourself, you gotta challenge your audience, and push the limits. And you don’t push em just for no reason, there should be a reason behind what yours saying. As long as you can back it up and your intention is to be funny, or your intent is to make someone think, then it’s all in good-faith. That’s how conversation happens, when something gets uncomfortable.”

Lemon has no plans on looking back when it comes to comedy.

“You have to live to your fullest potential. You have to live as if you’re free. That is the ultimate freedom, and you can’t forget that. Everybody won’t get to do that. People sacrifice for that.”

To find out more about Damien Lemon, and see the list of his tour dates, visit his website DamienLemon.com.