In addition to serving as the township’s fire official, Snediker was also the treasurer of North Brunswick Volunteer Fire Company #3, an agency that he stole at least $89,000 from since March 2014.

While the investigation and negotiation played out, an enormous warehouse burned to the ground on July 22 in a nine-alarm fire that lasted several days and saw fire companies from across the area come to the aid of North Brunswick.

As we reported, the building at 1600 Route 1 had fire safety issues that had not been resolved and the blaze is now being investigated by the Middlesex County Prosecutor’s Office.

Snediker’s plea deal involved admitting he took between $89,000 and $92,966 from the volunteer fire company, which is funded by public funds and private donations, and waiving his right to a grand jury and a trial.

In exchange, the US Attorney’s office agreed it “will not initatie any further prosecution in connection with his embezzlement of funds.” 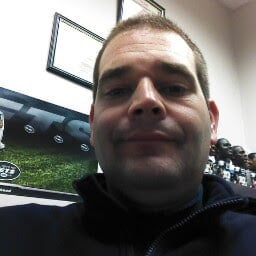 Under the deal, Snediker could face up to 20 years in prison, as well as fines of up to $250,000, plus he will be required to make restitution to the agency he stole from.

A secretary for Mayor Francis “Mack” Womack sent a statement to New Brunswick Today that referred to Snediker on a first-name basis, and called him “a valued and well respected member of our staff for over 15 years and a dedicated volunteer within the community.”

“We understand that none of these charges were related to Craig’s official position with the Township,” the statement reads.  “Although we support Craig personally, a thorough review will be conducted into this matter to determine its impact on his professional responsibilities and role with the township.”

After the hearing, Snediker’s attorney declined to answer questions about his client’s public employment and whether or not he would resign the fire official position.

Snediker confessed to the Federal Bureau of Investigation (FBI) that he was not authorized to withdraw funds from the account for his personal use, according to Assistant U.S. Attorney José R. Almonte.

Almonte explained that investigators had examined records from the fire company’s account and Snediker’s personal account, which were both at the same bank.

“What we saw was money being withdrawn the same day and a signficant amount of that money was deposited in his account,” said Almonte.

Although he had not yet been charged with any crimes, Snediker appeared in the federal courthouse in Trenton on September 2 alongside his attorney Robert Scrivo and took the deal being offerred.

Because he used automated teller machines (ATM’s) to withdraw funds the funds, the federal government was prepared to prosecute him for wire fraud, a very serious offense.

“The use of the ATM triggers the use of the internet,” said Almonte, explaining why the U.S. Attorney’s Office was pursuing the federal case.

In a similar case, a treasurer who stole $57,000 from the Middlesex County Utilities Authority avoided jail altogether and was sentenced to probation by a Superior Court Judge earlier this year.

That woman, Margaret Brennan, was not prosecuted under federal law and instead faced charges leveled by the county prosecutor’s office because she embezzled the funds by writing checks to herself.

Snediker is not allowed to leave New Jersey without permission from pre-trial services, and he surrendered his passport to authorities.

He is also required to undergo mental health counseling, gambling treatment, and to add himself to the “gambling self-exclusion list.”

As a convicted felon, Snediker will lost his rights to vote, to hold public office, to serve on a jury, and to possess a firearm, according to Judge Wolfson.

Snediker is scheduled to be sentenced on December 16 at 11am.