JERSEY CITY, NJ–Some of the state’s largest cities are now following New Brunswick’s lead on the issue of wage theft.

On July 15, Jersey City Council unanimously passed an anti-wage theft ordinance, which allows authorities to suspend or deny business licenses to owners that are found to be committing wage theft.

It becomes the fifth ordinance of this kind to be adopted in the state, after the unprecedented efforts of activists and members of New Labor and Unity Square to investigate and expose the problem in New Brunswick.

Those advocates pushed New Brunswick to become the first city in New Jersey to tie the renewal of business licenses to a company’s outstanding wage claims.

Victims of wage theft had complained that, even though the state government found their accusations to be correct, it was still difficult to get the employers to pay up without an incentive. 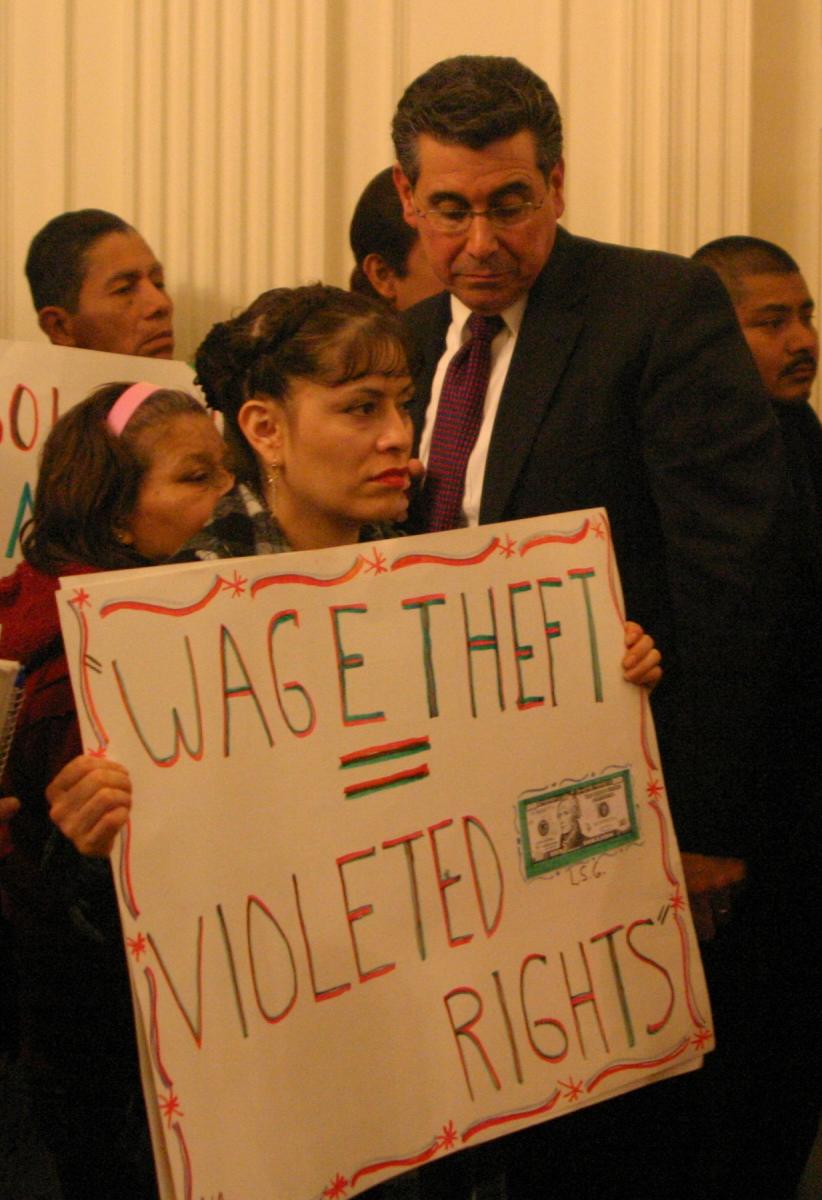 The new law, which was finally passed on December 18, 2013, provides that incentive for businesses to cure claims of wage theft.

The model has proven to be one of the few examples of local governments leading the way to generate structural changes on behalf of the most vulnerable groups of their communities and spur debate at a higher level.

Wage theft refers to the illegal withholding of wages or the denial of benefits that are rightfully owed to an employee for work already performed, according the agreement between employee and employer, and both state and federal law.

This is an issue that has largely affected New Jersey workers, especially low-wage earners and immigrants.  Common examples of wage theft include failure to pay mandated overtime or paying below the minimum wage, but it can also include violations such as illegal deductions in pay, or simply not paying workers at all.

In the summer of 2013, Unity Square and New Labor carried out a study in Unity Square neighborhood, New Brunswick, in order to gauge the prevalence of this problem.

They found that “one out of every six households has experienced wage theft within the last two years” and that “the majority (85%) of these households are unable to reclaim any of these stolen wages.”

These forms of exploitation not only violate workers’ rights, but also put the employers and business owners who commit them in an unfair advantage over their competitors, who treat their workers in accordance with the law.

New Brunswick’s efforts against wage theft accomplished the goal of raising awareness among nearby communities, which have already taken actions on this issue.

Princeton became the second town to take action on this issue in July 2014, passing an ordinance simillar to New Brunswick’s.

In 2015, three more towns have joined to the fight for putting a stop to this irresponsible practice.

These regulations have been crafted following the model created in New Brunswick.

Wage theft is a prevalent problem in the Garden State, as evidenced in the increasing concern from authorities, activists and community members to address the issue at a local level, not only in small communities but also in the largest ones.

With five local regulations now on the books, the advocates who helped pass those laws say their success should be taken as an indication that something else must be done statewide.

Before passing the historic ordinance, New Brunswick’s Council passed a resolution calling for state action on the issue.

The proposed state law, bill #A1317, included a “license provision, along with expanded access to the complaint process for workers and stiffer penalties,” according to NJ Spotlight.

Before the bill is moved, it will likely necesitate the active participation of all community actors, including employers and business owners, in order to effectively eradicate these illegal practices from their roots.