NEW BRUNSWICK, NJ–Patients and visitors were unable to enter or exit Robert Wood Johnson University Hospital’s massive Hub City campus for more than two hours on the afternoon of June 8.

Though no explanation was provided while the “code yellow” was in effect, city police later told the press that a bomb threat prompted the heightened security at the largest hospital in Central New Jersey.

At about 12:30pm, police cleared the main lobby of the hospital as a half-dozen police cruisers arrived near the hospital’s emergency room entrance on Little Albany Street, and many others blocked off Somerset Street. 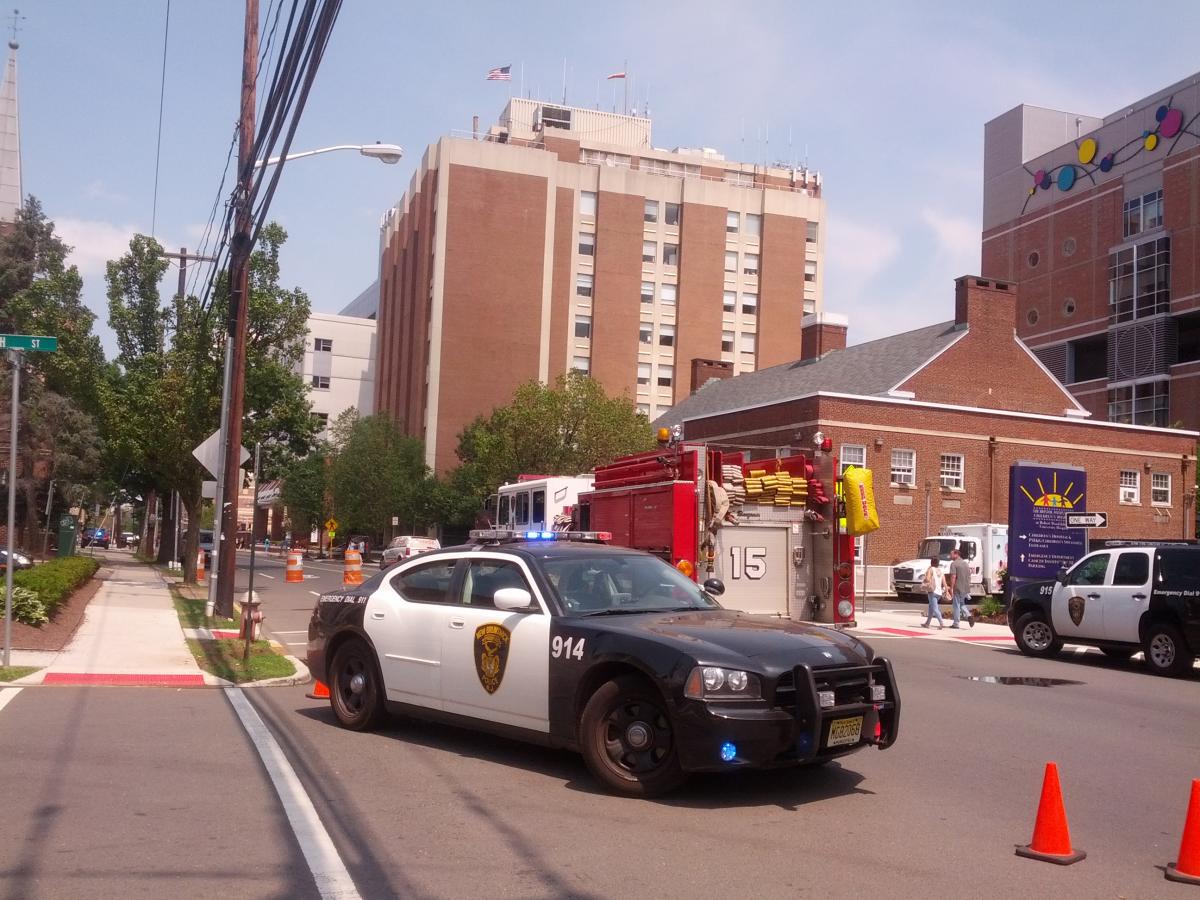 Much of the main thoroughfare was shut down as crowds gathered outside the hospital and traffic was re-routed.  Little or no information was given to the public, with only one official brave enough to tell New Brunswick Today that it was a “serious situation.”

According to police radio transmissions, the Middlesex County Hazardous Materials team was dispatched to the scene.  But a county spokesperson never responded to NBToday’s question about what was going on.

“I am not sure [what’s going on],” said city spokesperson Jennifer Bradshaw.  “You may want to call RWJ’s spokesperson.”

The hospital spokesperson was unable to take our call, but the hospital eventually issued a vague statement at 2:01pm, 50 minutes after New Brunswick Today’s Facebook page broke the story about the lockdown. 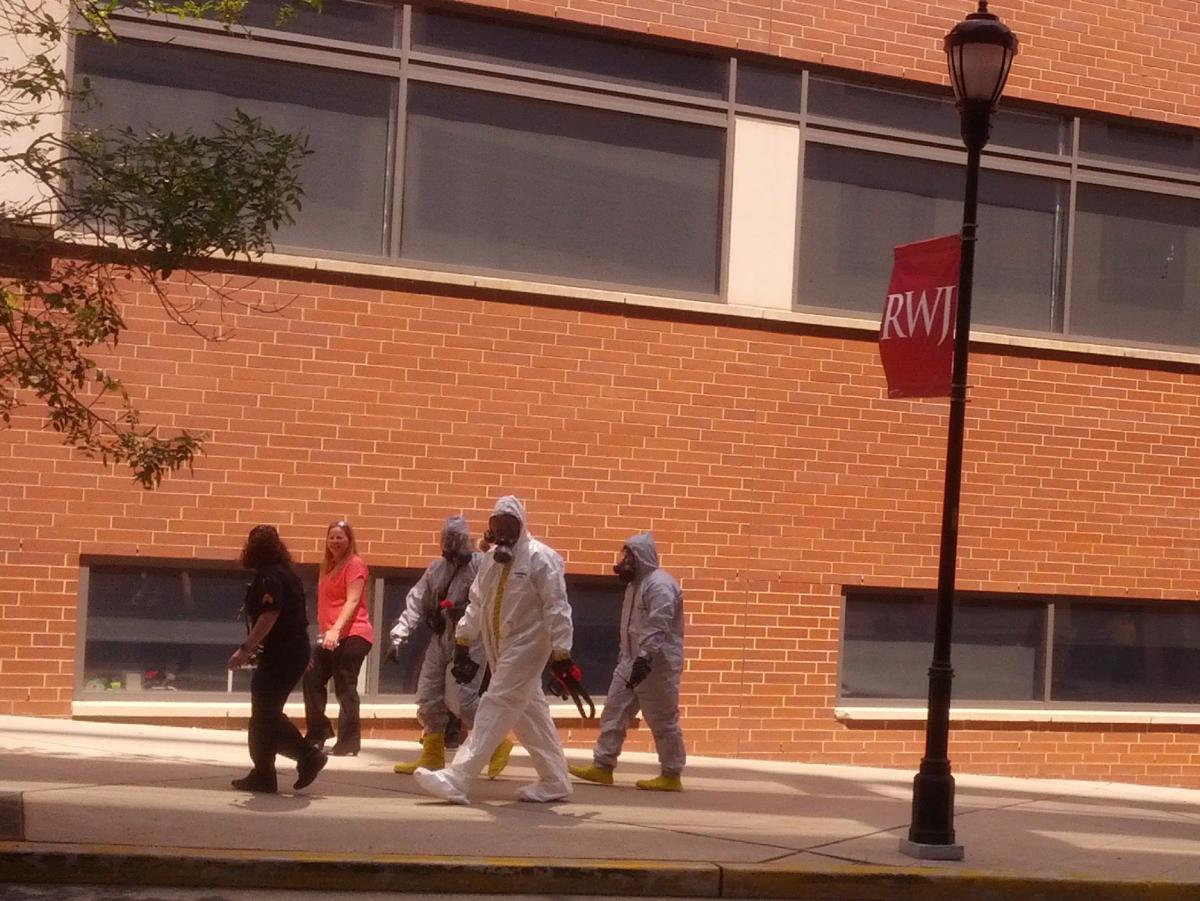 “Robert Wood Johnson University Hospital (RWJ) has implemented a Code Yellow. At this time, patients, visitors and employees will not be permitted to enter or exit our New Brunswick campus,” read the statement.

“RWJ’s leadership team is working closely with municipal, county and state authorities out of an abundance of caution to ensure that all areas of the hospital are secure.”

At, 2:45pm, hospital spokesperson Peter Haigney declared the “Code Yellow” had been “cleared” without any explanation of why it was declared in the first place.

“The Code Yellow has been cleared on the Robert Wood Johnson University Hospital New Brunswick campus.  All regular operations have resumed at this time,” read the statement.