NEW BRUNSWICK, NJ—“Music, beer, and steaks is a blissful combination,” says Michael Parker, co-founder of Garden Steak, which has found a new home inside of the city’s famous rock club, The Court Tavern.

Garden Steak closed in September of last year, but it has been conveniently resurrected in the establishment widely credited for showcasing local punk rock and hardcore music.

“There is a small overlap between Destination Dogs and Garden Steak,” Parker explains. “At both places, we use fresh ingredients and go beyond protocol to take a unique play on classic sandwiches.”

Fresh and innovative are two words that come to mind when describing Destination Dogs, but the same applies to Garden Steak, which also places unconventional ingredients atop fresh rolls at an affordable price. 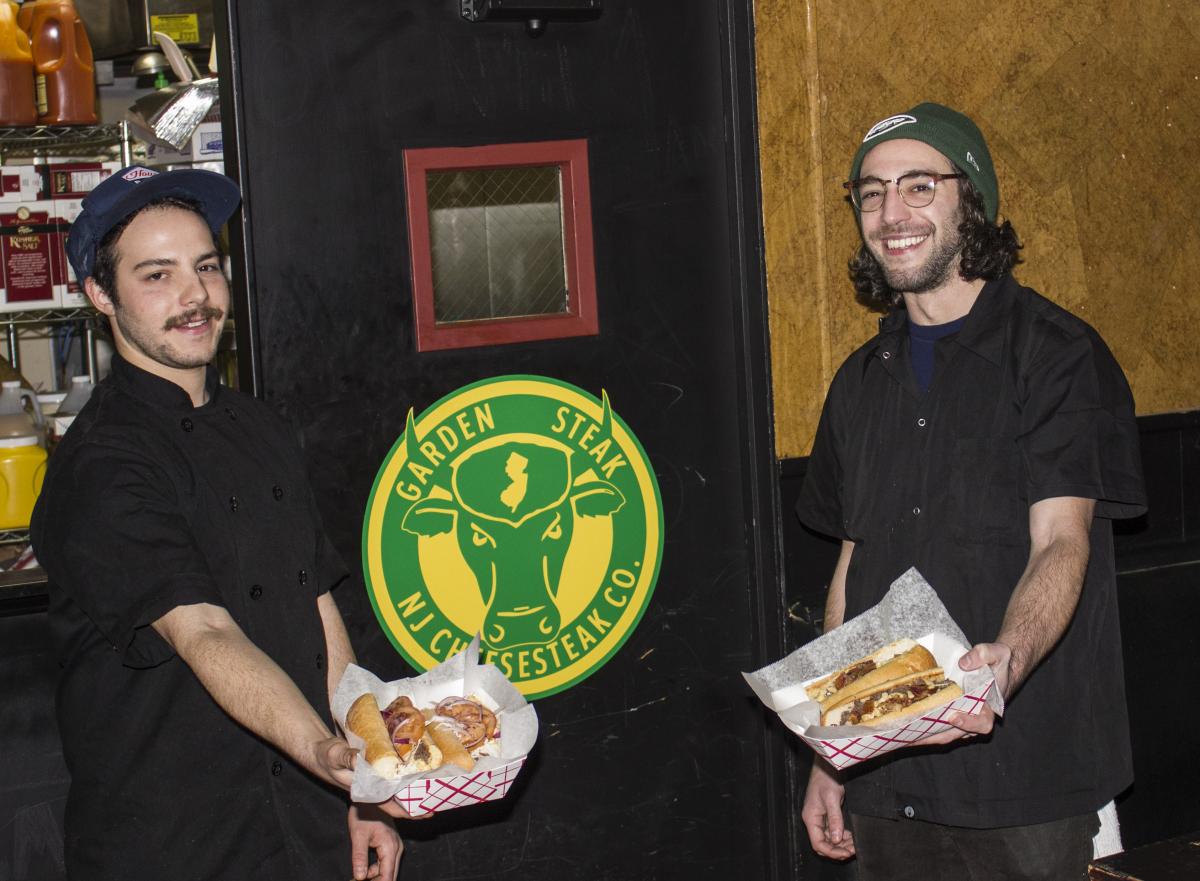 On a Saturday night, a patron may come to The Court Tavern expecting to see a show or grab a drink, but walk a little further back and you’re likely to be welcomed by Eric and Carlin Galietti, brothers who are ready to serve up a custom-made cheesesteak.

“Garden Steak is somewhere easy to come see a band, relax, and have a good steak,” Eric Galietti says while turning on a red light which lets a bartender know a plate is ready (in case they can’t hear over the reverberation of sound from downstairs).

Its menu is an homage to anything and everything New Jersey.

The steaks, which can be made with beef, chicken or pork roll (and can also be modified to be vegetarian-friendly), are titled and fashioned after key figures, aspects, and places that personify the Garden State.

One of their most popular steaks — Buzz Aldrin — pays tribute to the Glen Ridge native and second person to walk on the moon through a menagerie of mac & cheese, mozzarella, and bacon.

The Blondie (Hawthorne), The Bouncing Soul (New Brunswick), and Thomas Edison (Menlo Park) are just a few of the other standout creations which skillfully utilize fixings such as mushrooms, fries, and even kimchi. 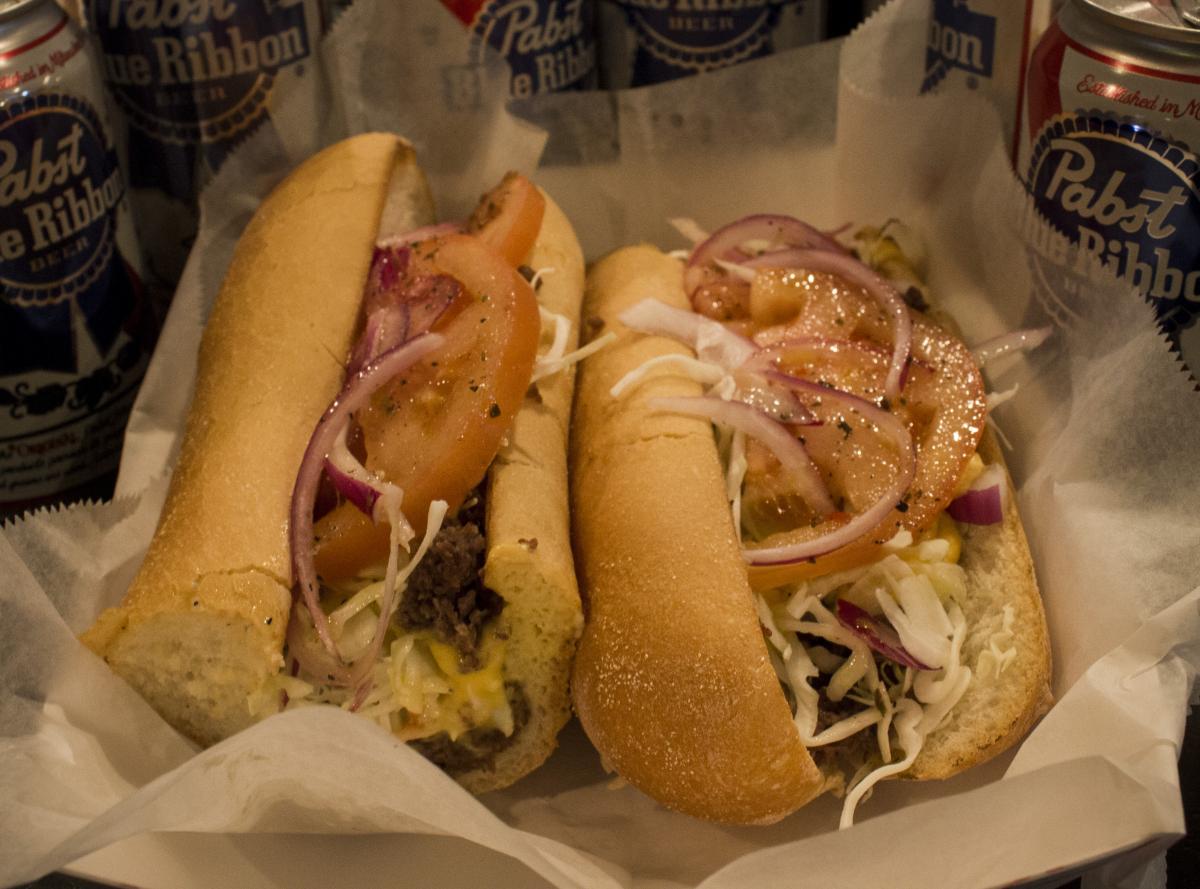 If the choices are overwhelming, one can try the self-titled Garden Steak, a basic yet delectable montage of cheese, cabbage, tomatoes, red onions, oil and vinegar that mirrors what a South Jerseyan would call a “hoagie.”

While their artisan dishes honor all things Jersey, Parker says, “We owe it to the people of New Brunswick to compliment the greatness of this city with great food.”