NEW BRUNSWICK, NJ–Mayor James Cahill’s “State of the City” speech on Janaury 2 was interrupted by applause once: after he announced the opening of a long-awaited elementary school in the city’s Second Ward.

On Monday January 5, nearly 1,000 elementary school students entered through the doors of the $52 million A. Chester Redshaw Elementary School for the first time.

The brand-new building, located between Livingston and Lee Avenues, contains 44 classrooms, an art room, a computer lab, a gymnasium, a cafeteria, an auditorium, and a playground.

It marks the culmination of a project to build a new school on the site which began back in 2005. In early 2006, officials said that a new school would open in “about two years.” 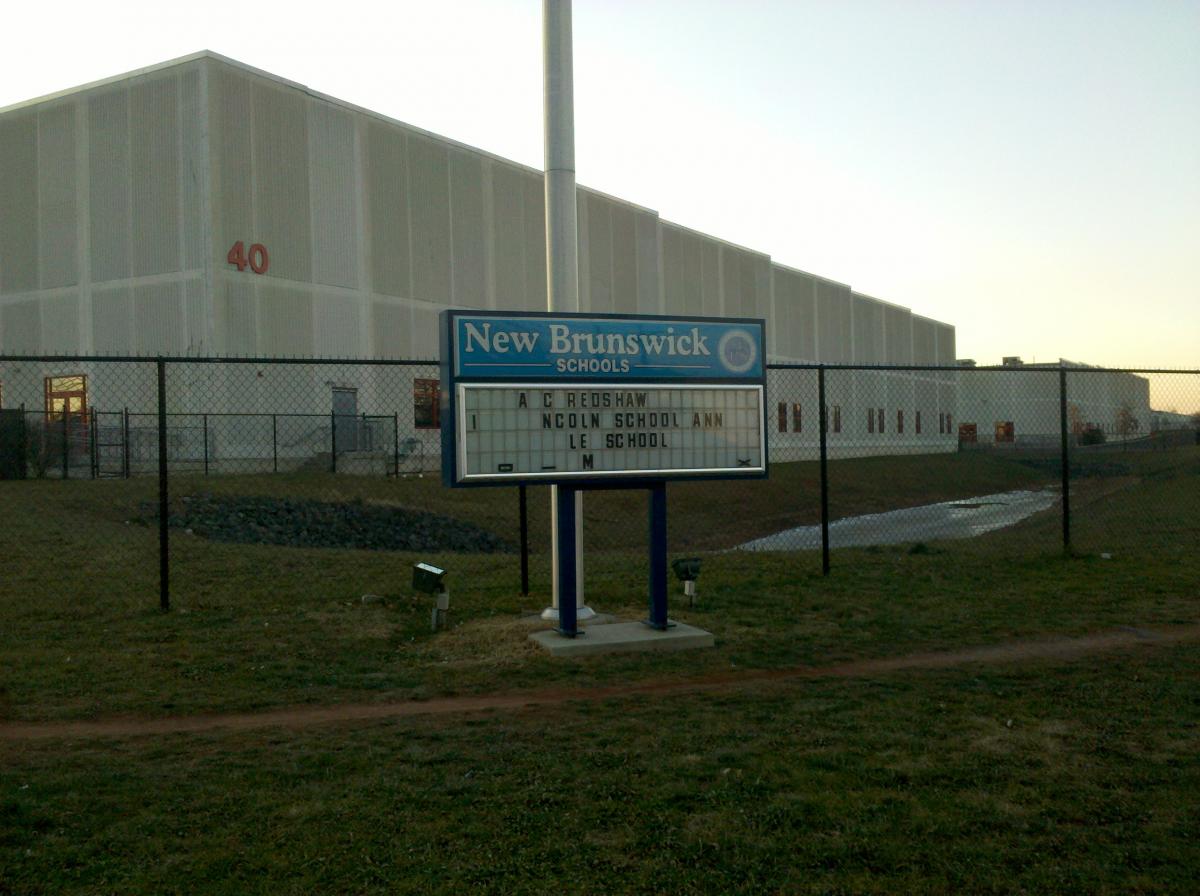 But, since then, students who would have attended the Redshaw Elementary were instead educated in a 100,000 sq. ft. facility on Jersey Avenue, which was originally designed to be a warehouse.

In addition to having students attend classes in what was supposed to be a “temporary” facility, the “warehouse school” was 1.6 miles away from the former Redshaw site.

While students were bused to the site, parents who do not own their vehicles had a more difficult time getting there.

Parents and children were happy about the opening of the new school.

Johana Mayorquin said she would ride public transportation with her two children, Kenny and Jacqueline to the other school site, at the intersection of Van Dyke and Jersey Avenues..

“It’s better because I was paying $40 a week to bring my kids to the school,” Mayorquin said.

“Since students will now have the opportunity for the first time in many years to attend school within walking distance of their neighborhood, bus transportation will no longer be provided for the majority of students,” said Richard Kaplan in a letter to parents.

Kenny was excited about the new school.

“Does it have a playground?” he asked. It does.

The Redshaw School has been a long time coming. A proposal to replace it was approved under Governor Jim McGreevey’s administration in 2005, and a year later the old school building, which once served as the city’s high school, was demolished.

However, shortly thereafter, the state agency in charge of school construction ran out of money and placed a moratorium on new building projects.

Ultimately, the site sat vacant for nearly seven years while officials lobbied for the development to move forward.  It was not until March 2013 that ground was finally broken on the new school.

“If anyone was looking to do a case study on how to not develop a new school, I can tell you that the A. Chester Redshaw would be prime example number one,” Mayor Cahill said at the school’s groundbreaking ceremony.

The new school will be open for tours during two-hour windows on January 14 and 15, according to Superintendent Kaplan.

“All interested parents and community members are invited to attend Open House sessions that will be held on Parent/Teacher Conference days on January 14th and 15th,” reads Kaplan’s letter.