NEW BRUNSWICK, NJ—It all began more than five years ago when the Rutgers Catholic Center re-located from its Mine Street location to a brand-new building on Somerset Street.

That move left two houses and a smaller building on Mine Street vacant.  Rutgers University purchased the properties, 17 and 29 Mine Street, for $1.85 million in 2008.

But just a few years later the school sold them to a private developer for just $1 in an attempt to “inject” the university into a major land deal, most famous for forcing the grease trucks out of their longtime home.

That deal, between New Brunswick Development Corporation (DEVCO) and the New Brunswick Theological Seminary, and later involving the Rutgers University Hillel, secured some $33 million in tax credits from the NJ Economic Development Authority.

But the Mine Street piece of the puzzle was overshadowed by the larger development projects already moving forward in the heart of the campus.

As part of the initiative, new buildings would replace most of the Seminary’s campus and the lot that was home to the famous food trucks.

Now, Mine Street residents find themselves up against a proposal that seems far afield of what the Rutgers Boards of Governors and Trustees approved in 2012, including parameters stating that the Mine Street properties would be “owned and controlled” by the Seminary.

Instead, under the proposal, they would instead be owned and controlled by Construction Management Associates, also known as Premier Properties, a smaller developer that has had issues with several local labor unions.

The city’s Planning Board is scheduled to hear the developer’s application to build 52 units of housing on the spot tonight at 7:30pm in the Middlesex County Administration Building. Still, Rutgers officials insist the project is in line with what was presented in 2012, though they have not responded to questions about a pending ethics complaint against Planning Board attorney and RU Women’s Tennis Coach Ben Bucca.

“The intent of the [2012] resolution is being followed. Seminarians will be housed at the property,” said University spokesperson EJ Miranda.

“Rutgers’ obligation was to turn over the property to Devco. At the time of the resolution, it was contemplated that the property would be ultimately owned by the Seminary, but that is not governed through our resolution.”

DEVCO President Chris Paladino said that the original 2012 resolutions were updated when the deal was finally closed a year later, including the construction of 10 units of housing for the Theological Seminary “for their ongoing recruitment project.”

Paladino said there is a genuine need for housing at the seminary, but that it would also be difficult to build only 10 units.

“It’s difficult to build smaller-scale housing projects with labor unions. And that’s the reason we shy away from doing these types of projects,” he told New Brunswick Today. 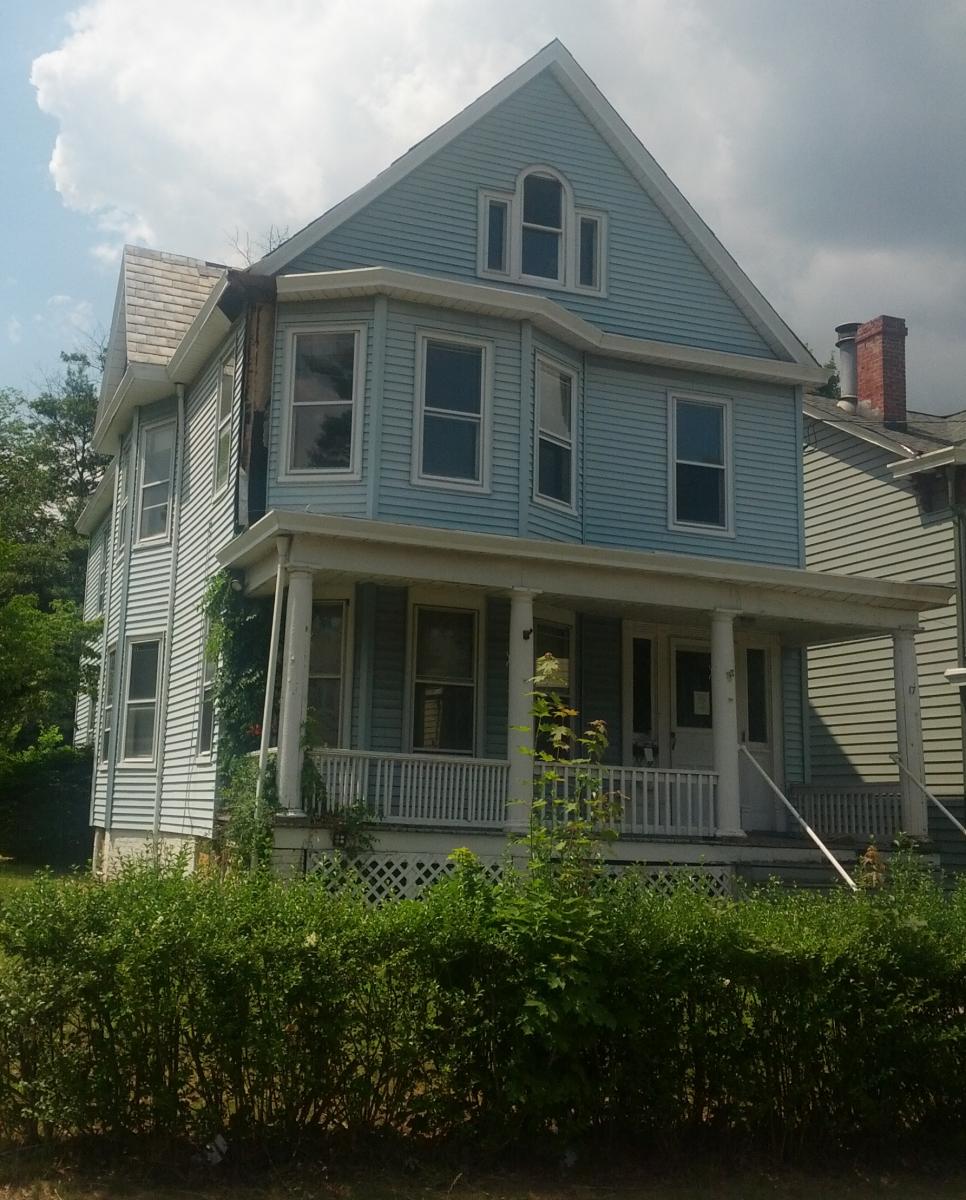 The buildings were sold for $1 on September 13, one week before an elaborate ceremony celebrating the deal.

But, since then, the buildings appear to have fallen on hard times.

In June, the author of this article complained to city officials about the sorry of state of 17 Mine Street, where a hole had been opened up in the front corner of the structure.

In response to the complaints, the property’s official owner, a shell company set up by DEVCO, was cited for nine violations.

But DEVCO officials say they never received notice of the violations until this morning, one day after New Brunswick Today started asking about them.

Opponents of the project suggested that DEVCO and Construction Management were hypocritical for citing the blighted buildings as a good reason to approve the development proposal.

“They’re only derelect because you neglected them,” said Jon Mills, a neighbor opposing the project.