NEW BRUNSWICK, NJ—The police pursuit of a stolen car ended in a wreck and one man being arrested at the corner of George and Albany Streets at approximately 12:30pm.

According to police radio transmissions, police were dispatched to respond to a report of a 2008 Kia Rondo being, “taken without consent by a male that goes by the name ‘Tension.'”

The owner of the stolen vehicle began the pursuit, following the Kia in a red Volvo, from the Suydam Street area into downtown. 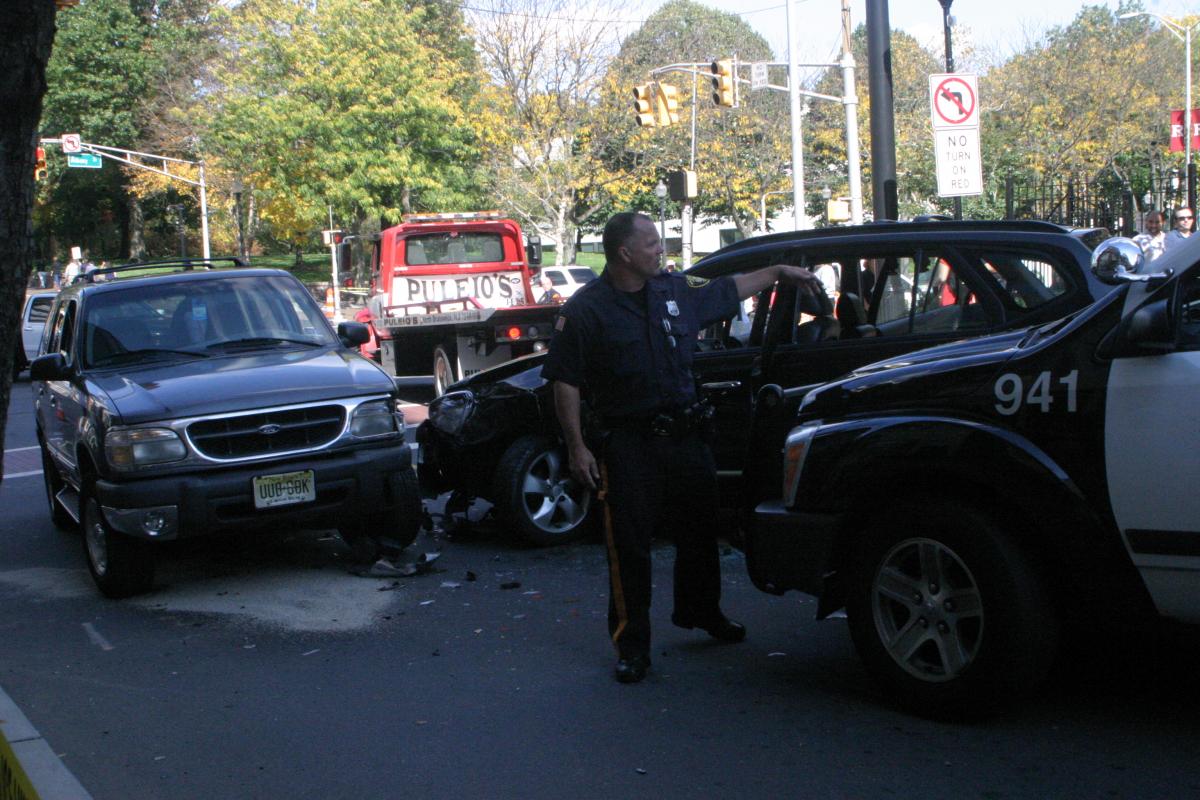 Police caught up with the vehicle in downtown New Brunswick, shortly before a series of two crashes that injured two people and damaged at least five cars, including two police vehicles.

“We’re turning off of Neilsen, a couple cars behind it,” says one officer on the police radio. “[Black] male driving, long dreadlocks, white shirt. Oh, that’s [a motor vehicle accident] right in front of us.”

“Mr. White tried to elude the red Volvo, but when confronted with traffic on Church Street, reversed the stolen Kia and rammed the Volvo behind him,” reads the press release.

“The officers attempted to stop Mr. White on Church Street following the collision,” reads the police statement. “However he took off in an erratic and elusive manner when he saw the police.”

“We’re attempting a–” says an officer.

Then, the police radio communications become unintelligible, as officers involved in the crash step on one another’s messages while another says “break that off,” repeatedly.  New Brunswick Police typically suspend or “break off” police pursuits while suspect vehicles traverse the heart of downtown. The release said that two occupants in one of the civilian vehicles struck, “received minor injuries and were treated on scene by EMS.”