NEW BRUNSWICK—On Saturday October 18 at 11 am, the New Brunswick Domestic Violence Coalition (NBDVC) is having a rally and march in protest of domestic violence and intimate partner violence.

The rally and march will begin at First Reformed Church on 9 Bayard Street in New Brunswick, the soon-to-be-home for supportive housing of domestic violence victims.

After years of advocacy, the local church has raised the funds to transform its space into a 10-unit supportive housing complex.

With determination and the help of the surrounding community, the church and other community leaders have secured financing and approvals to construct 10 units of supportive housing for victims of domestic violence.

Raising money for the new organization, portions of the church’s glass windows were a part of the philanthropic cause, sold to individuals donating to the cause. 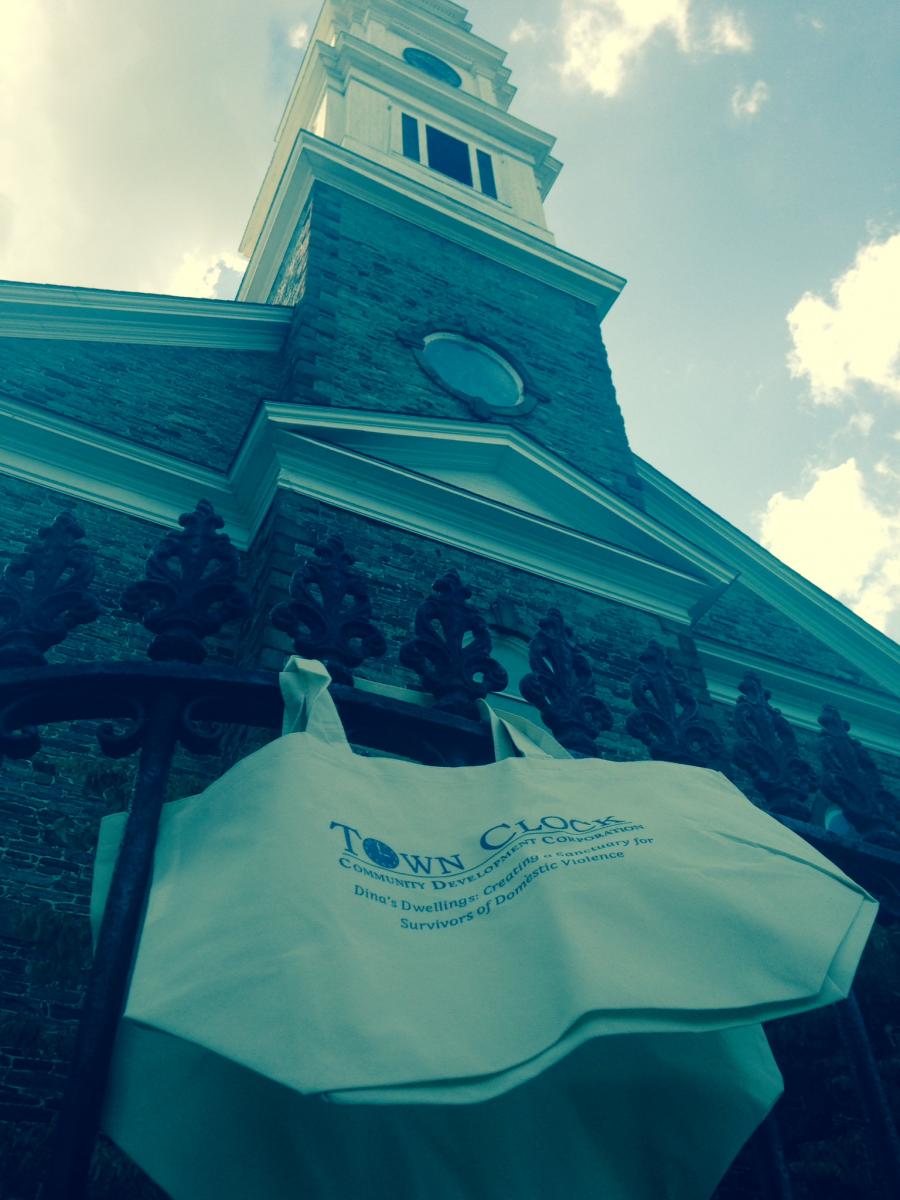 Sherri Novak, President of Dina’s Dwellings, stated that the mission for this project is, “to provide supportive, provide able, affordable housing for those in need.”

The issue has risen to the forefront of the public consciousness, partly due to the controversy over former Rutgers football player Ray Rice’s physical abuse, the National Football League’s response, and the sharp criticism of the league’s investigation.

Being a role model and popular figure in the Scarlet Knight community, Rice’s involvement in a brutal domestic violence incident showed that it can affect anyone, regardless of social status.

Over the years, domestic violence has become an increasingly prevalent issue in New Brunswick.

The NBDVC is coalition of community-based organizations, founded in 2002 in response to the increasing incidents of intimate partner violence in New Brunswick, as well as the death of Orquidea, a Rutgers graduate and NBDVC volunteer who was murdered by her abuser.

The NBDVC promotes healthy relationships, through supporting individuals, families, and communities through advocacy, education, and promotion of resources available in the community, as well as providing training and education on issues of domestic violence.

According to the organization, one in four girls, and one in six boys are sexually abused by the time they turn 18.  Further, the organization says that an act of domestic violence occurs every 7-9 seconds.

The NBDVC also brings awareness to the fatal consequences that intimate partner violence can have.

In an eleven-city study of intimate partner violence, 55.2% of female victims who separated from their partner had been murdered, according to NBDVC.

Novak also stated that there are currently only two permanent housing facilities for domestically abused women in New Jersey.  Both are in New Brunswick.

“It is important to let our voices be heard and speak out about intimate partner violence. It is so common and causes so much destruction and pain: 31% of women are abused at some point in their lives,” Hewins said. 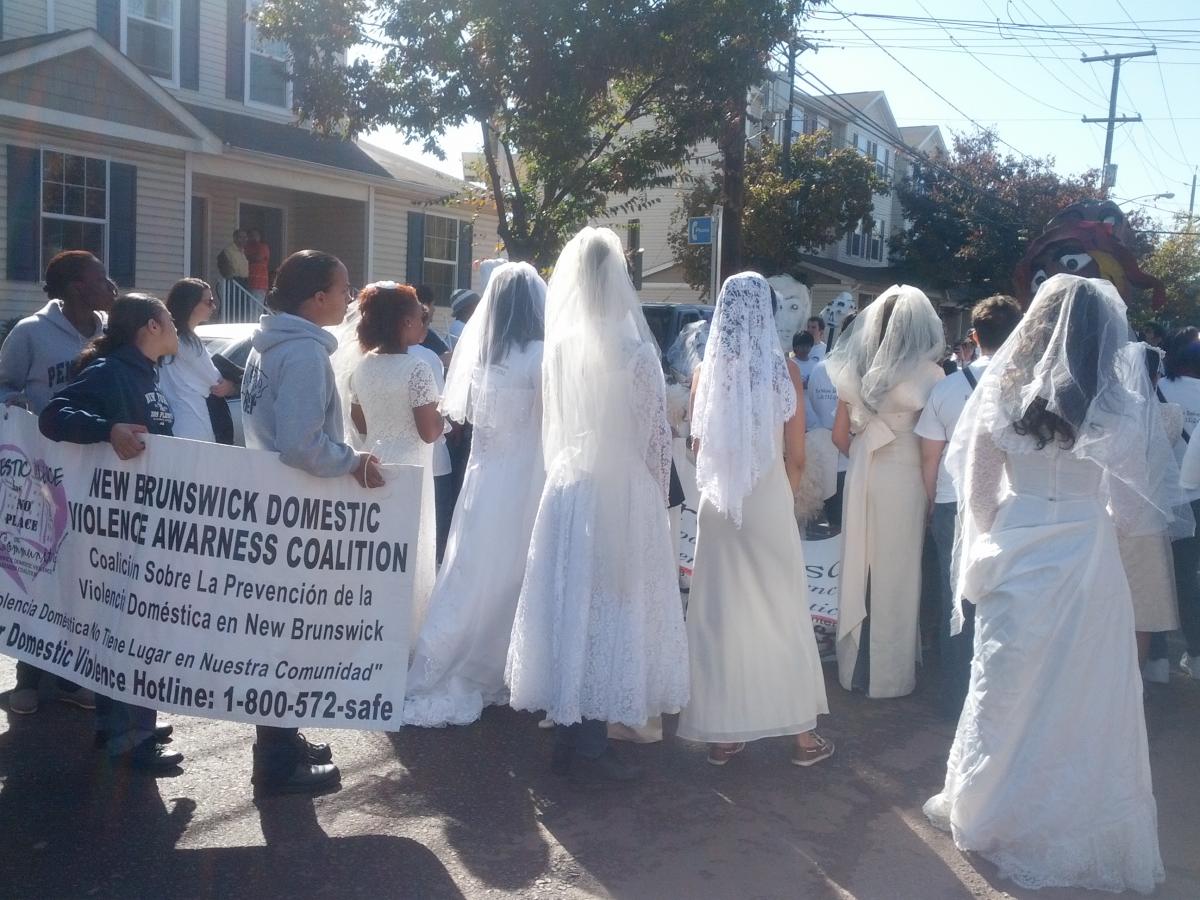 “For the victims and survivors, abuse takes a terrible toll on their health. Some people lose their lives. Some are badly scarred physically and emotionally. For the children who witness it, it is very detrimental, as well. Violence is a learned behavior, and it has no place in our community.”

“Men can also be abused,” added Hewins.  “When we speak out and stand with the survivors, we can begin to reverse the ripple of domestic violence and promote accountability and healing.”

“We need officials that hold perpetrators accountable. We need to increase awareness, and advocate for survivors and for the organizations that provide services to them.”

People who are in need of intimate partner violence resources or services can contact the New Jersey Statewide Domestic Violence Hotline at 1-800-572-SAFE, Women Aware, Inc. for Middlesex County  at 732-249-4504, or Middlesex County Center for Empowerment at 732-321-1189.

For Rutgers students, services and resources are offered at the Office for Violence Prevention and Victim Assistance who can be reached at 848 – 932-1181.

Anyone who is interested in volunteering for the rally and march is asked to contact Robert Wood Johnson University Hospital Community Health Promotions Program at 732-247-2050.