The seminary closed down its previous main building, Zwemer Hall, located on a quaint block in the middle of the Rutgers University campus known as Holy Hill.

School officials said that the seminary facilities would be ready for summer classes starting this month and an official dedication ceremony would take place later in October.

A number of professors, administrators and staff members were present at a ceremony to say goodbye to the old chapel.

In September of that year, the Planning Board would approve plans to knock down six buildings on the theological seminary, paving the way for new construction to begin.

Seminary officials said that financial problems led the institution to sell its land to New Brunswick Development Corporation (DEVCO), sparking a deal that would eventually include several new building for Rutgers University, whose campus surrounds the seminary’s.

The brand-new 30,000 square foot building features offices, dining rooms, a 100-space parking lot, and a chapel that can accomodate about 100 worshippers.

“We’re delighted,” Gregg Mast, President of the seminary, told the Newark Star-Ledger, “It’s been on time and on budget.”

THE OLDEST SEMINARY IN NORTH AMERICA

The New Brunswick Theological Seminary has evolved and endured major changes during in its nearly 230-year history.

NBTS, part of the Reformed Church of America, was founded in 1788, though it was not until 1810 that the NBTS made New Brunswick its home.

The seminary would end up moving into the Olde Queens building, sharing it with Queens College, which would later become Rutgers University, and the Rutgers Preparatory School.

Over the years, the theological seminary made considerable growth in the size of its student body.

To accomodate the growing number of students at the seminary, as well as at Rutgers, construction began for Hertzog Hall. By 1856, the seminary moved into the new building and began developing its own campus.

This NBTS campus rested on a hill which held a commanding a view of the Raritan River. The 7.5 acre lot would become known as the “Holy Hill.”

In addition to Hertzog Hall, the NBTS built the Gardner Sage Library in 1875, Suydam Hall in 1875, 3 Seminary Place, which would be built later in the 19th century, and residences for officials at the seminary.

Hertzog and Suydam Hall would both be demolished in 1966, with Hertzog giving way to Zwemer Hall, known for its unique shape resembling a cupcake turned upside-down.

But struggling finances and declining enrollment led the seminary to sell most of its land to the New Brunswick Development Corporation (DEVCO) last year.

Seminary officials turned the sale into a positive, ensuring the campus’ impressive library would be saved, and securing approvals and financing to build a brand-new main building on College Avenue.

“It just became clear to a number of us that our greatest asset was our property and one of our greatest challenges was maintaining this property,” NBTS President Gregg Mast told The Star-Ledger.

Zwemer Hall is slated for demolition before the end of 2014.  Rutgers Hillel, which rented a building from the Seminary, was also forced to move to facilitate the development in October 2013.

With that, the only buildings left on the block will be the seminary’s Garden E. Sage Library, built in 1875, and the Sigma Delta Tau sorority house, which dates back to the same time period.

“We’re creating a far more intimate and a far nicer campus because it’s basically going to be two buildings — the library and the new building — with a courtyard between the two,” said Mast.

HOW DEVCO BECAME KING OF THE HOLY HILL 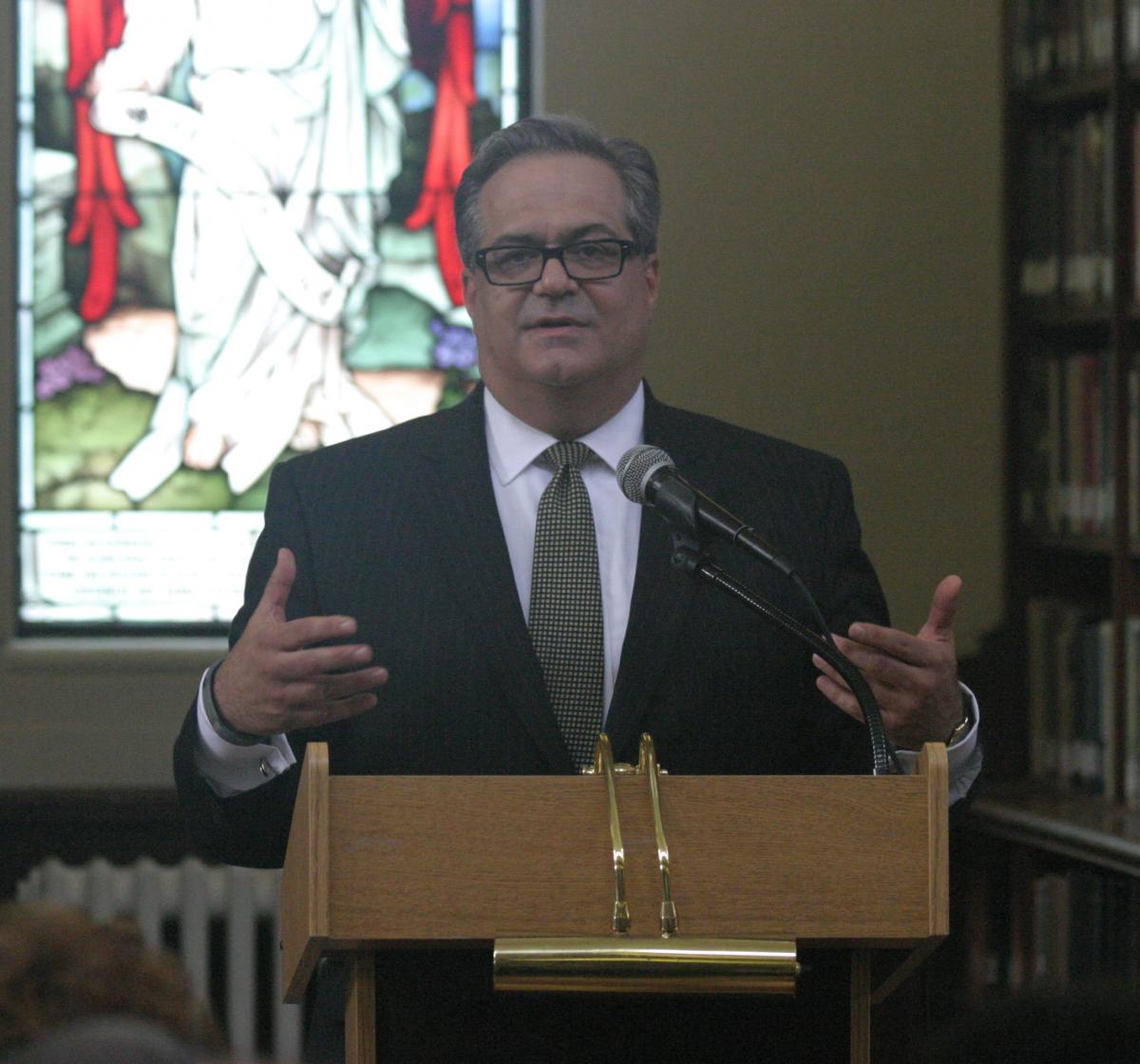 The New Brunswick Theological Seminary was able to sell off its land for $30 million, allowing it to stay afloat and fund the new contruction project.

Construction on the new seminary building was overseen by Seminary Redevelopment Urban Renewal Associates, an entity created by DEVCO.

In place of the former New Brunswick Theological Seminary property, construction has already begun on a 500-bed “honors college” dorm for Rutgers University, set to open in 2015.

Similar to other public-private partnerships between Rutgers and DEVCO, the land and buildings would be owned by DEVCO but operated and maintained by Rutgers.

Following a 32-year lease agreement, most of the new buildings on College Ave. Campus would be owned by DEVCO, yet operated and maintained by Rutgers. At the end of the 32-year period, full ownership of the buildings would be transfered to the University.

Chris Paladino, Executive Director of DEVCO, told The Daily Targum that he estimated an average of 18,000 to 22,000 would utilize the building each day.

To help pay for the massive redevelopment of the block, Rutgers and DEVCO secured $52 million in state tax credits from the New Jersey Economic Development Authority.

The tax credit program, known as the Urban Transit Hub Program, was designed to give developers an incentive to work on projects within a half-mile of certain NJTransit train stations, including New Brunswick’s.

In addition to the $52 million in tax credits, the development projects also received funding from long-term borrowing: bonds financed by student residential and dining fees, as well as bonds financed by general operating revenues.

Plans were also in the works for a 57-unit apartment complex on Mine Street, part of which would be used to house seminary students.

But many residents on the street were opposed to this plan, voiced their concerns at several Planning Board meetings earlier this year.

The Planning Board has yet to take a vote on the controversial plan.