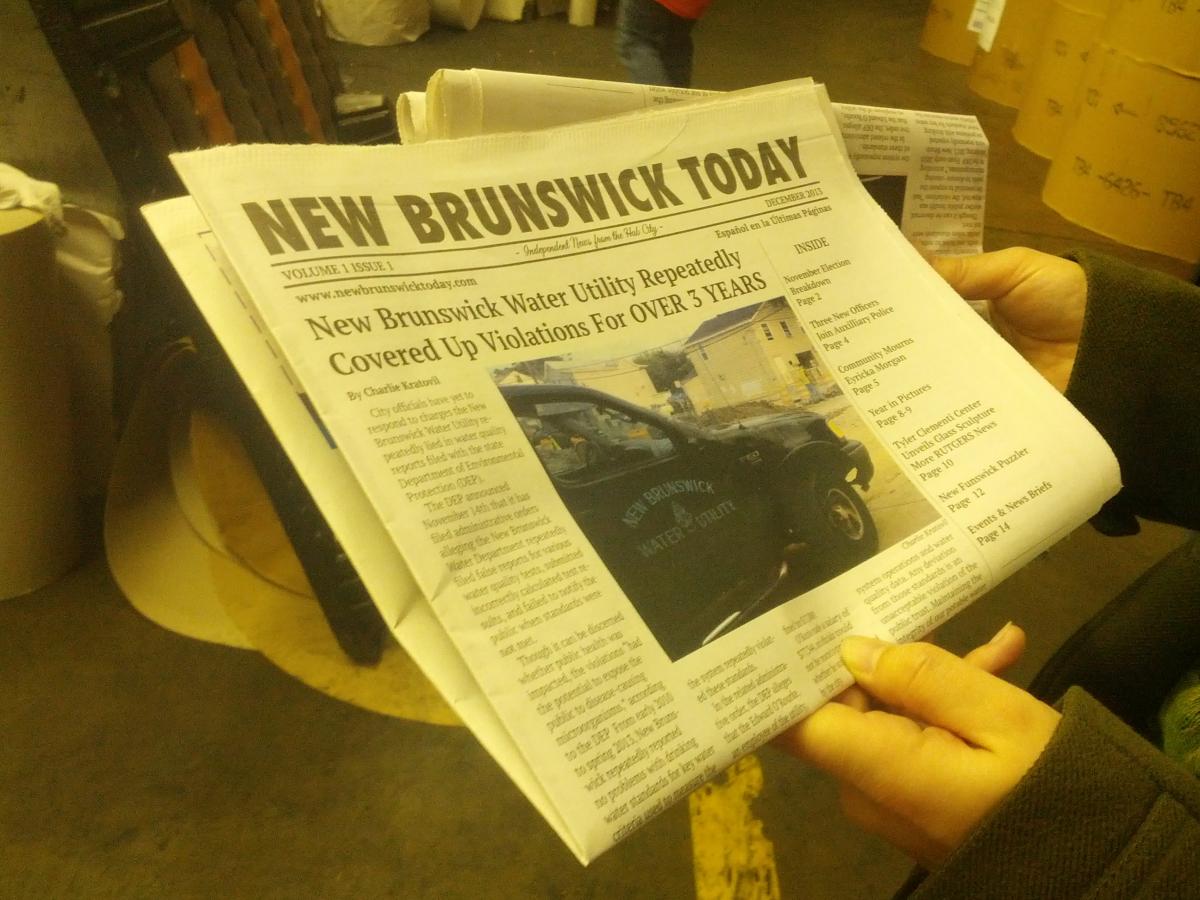 Saying that New Brunswick Today "has a lot of political information in it," officials declared that it could not be distributed on school grounds.

On stage in the high school's auditorium, Hendricks declared, "There are many people who think it's a political rag,"  people including himself and several board of education members.

"We overreached," Hendricks said.   "I guess at 10:30 or 11 at night after a long meeting, heads… weren't properly functioning."

Questioned about the seemingly unconstitutional and arbitrary decision that night, Board President Patricia Sadowski backed up Hendricks, "humbly" asking that the community newspaper not be distributed following the meeting because she did not care for its contents.

"I'll tell you after the meeting," she said.  An email sent to Sadowski Tuesday night seeking corrections has not yet been returned.

New Brunswick Today has been available online for over two years and in print for six months, publishing hundreds of articles so far, including several about the city's controversial school board.

A security guard who recognized this reporter as a journalist remarked, "You didn't bring any copies of the paper?"

In response to that request and the large crowd that showed up for the final meeting of the school year, New Brunswick Today's distribution manager Timothy Cobb arrived on scene shortly thereafter where he quietly began passing out Issue #6 of NBT in the back of the auditorium to folks departing early from the meeting.

The guard threatened to "call the police" and have them escort this reporter from the building, in a videotaped conversation released this Thursday on New Brunswick Today's Facebook page.

Previously, the guard had said the paper could only be handed out at the "front door" to the school.

"You can give 'em out, when [the board meeting]'s done and everyone's leaving," said the guard who agreed to take a newspaper himself, but only after the meeting.

Questioned later in the meeting, Hendricks could not cite the state law he was acting under, despite his claim of being very familiar with it throughout his time as the board's attorney "long before [New Brunswick Today] came on the scene."

Hendricks indicated there was "a state statue that prohibits passing out of literature in school," somewhere in New Jersey's Title 18A.

New Brunswick Today's publisher Sean Monahan was part of a three-candidate team that ran against Sadowski and two incumbents in April 2013, and the newspaper endorsed the November 2012 ballot question which instituted school elections in the first place.

Hendricks, a former City Councilman who runs a private law firm with his brother, also earns a $113,400 salary as the school board's attorney.  Hendricks was one of several lawyers who were involved in botching the city's historic first-ever school board election in January 2013, as we reported at the time.