Roper, a 35-year-old resident of Jonesboro, Georgia, was driving a Walmart tractor-trailer at the time of the crash, and the charges against him–one count of death by auto and four counts of assault by auto–were filed before Roper. turned himself on Sunday.

Roper is being held on $50,000 bail, according to NJ State Police spokesman Gregory Williams.  During the brief arraignment earlier today, Roper pleaded not guilty to the charges alongside his lawyer David Glasssman.

If Roper were to be found guilty of death by auto, he could face 5-10 years of prison.  Assault by auto typically carries an 18-month prison sentence for each person injured.

Roper's truck hit the back of a luxury limousine bus carrying comedian Tracy Morgan.  Morgan's writing partner James "Jimmy Mack " McNair, who was 63 years old, died in the crash.  At least three other people were hurt.

Roper and his lawyer did not speak to speak with members of the news media following the hearing.

"You make sure your lawyer knows exactly where you are. You go anywhere, you drive anywhere, you go across country somewhere else, you need to be in contact. You understand that?"

Walmart CEO Bill Simon wrote on June 7 that one of that company's trucks was involved in the crash, and that he was praying for the family and friends of the people involved.

Simon wrote, “The facts are continuing to unfold. If it’s determined that our truck caused the accident, Walmart will take full responsibility."

Brooke Buchanan, a Walmart spokesperson, said that Roper is a Walmart employee.

Two other victims of the collision were also reportedly in critical condition, including Morgan's assistant, Jeff Millea.

Two passengers of Morgan's limo-bus managed not to get hurt, but fellow passengers Ardie Fuqua and Harris Stanton had to go to Robert Wood Johnson Hospital. The extent of Fuqua and Stanton's injuries is unclear.

COLLISION OCCURRED NEAR PART OF TURNPIKE BEING EXPANDED 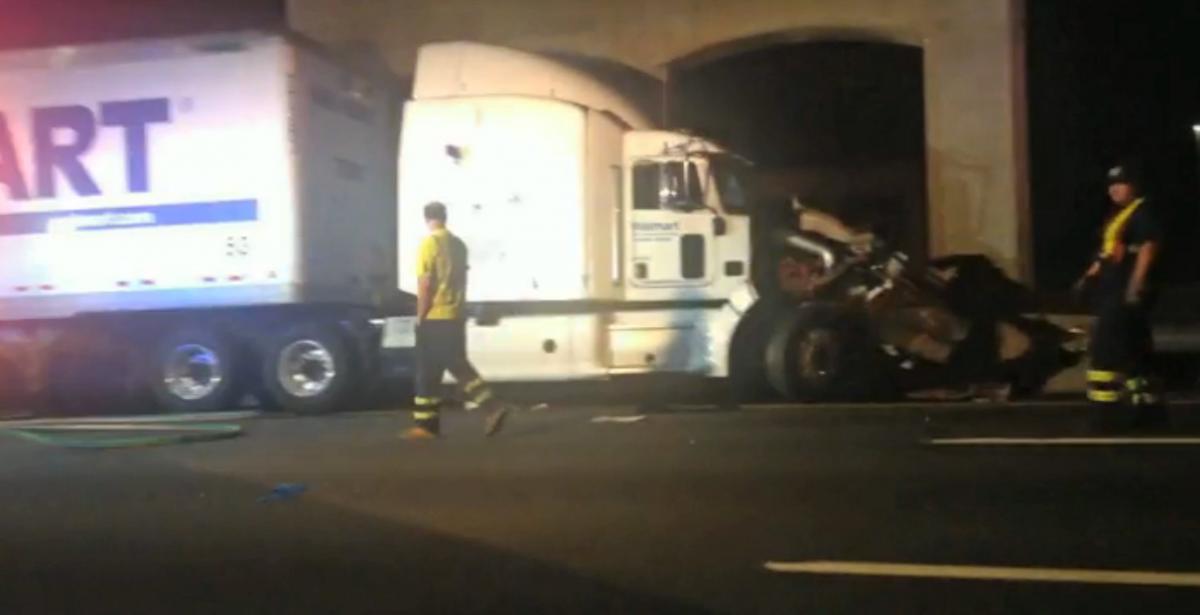 The crash happened just south of Exit 8A on the New Jersey Turnpike, between Hightstown and Monroe.  That part of the Turnpike is being expanded from six lanes to twelve, making for numerous traffic shifts.

The truck driver, Kevin Roper, may have fallen asleep at the wheel before the crash and failed to see that traffic was slowing down. He was in the northbound center lane.

He woke up, tried to swerve to the left to avoid the slower traffic, and crashed into a 2012 Mercedes Sprinter van carrying Morgan, McNair, and several other men.

Roper's massive tractor-trailer plowed into the limo bus, which turned around clockwise and flipped. The bus then crashed into another tractor-trailer.

Roper's truck hit another vehicle, possibly either an SUV or other car.

The NJ Turnpike was closed for more than five hours after the collision, and it was reopened at 6:30 AM. Fortunately, it was a Saturday morning, and so there was no rush hour to be worried about.

Morgan and his team was returning from a performance at the Dover Downs hotel and casino, in Delaware.  He was forced to cancel a gig the following night in Charlotte, North Carolina.

Morgan, and his fellow passengers, were bound for Morgan's home base of New York City at the time of the tragedy.

LIFE AND CAREER OF TRACY MORGAN 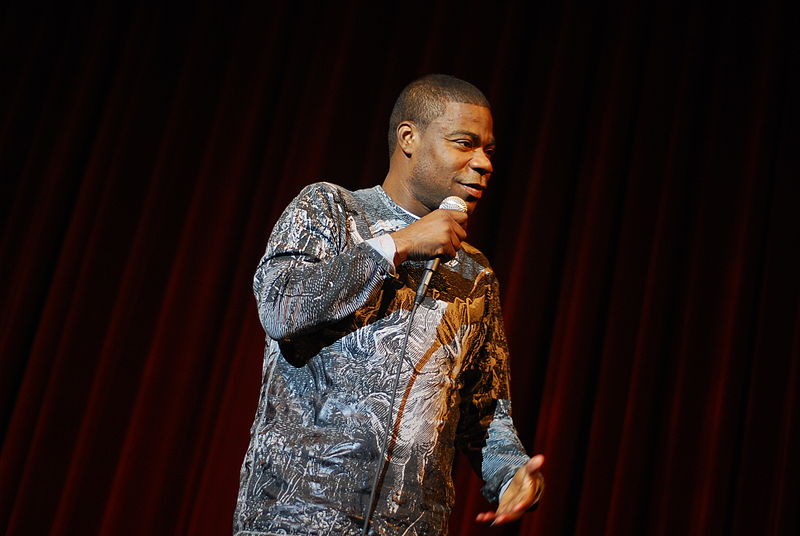 Morgan grew up in Brooklyn, without a father, and had to support his family along with his four siblings.

His family was earning a meager income from welfare, so Morgan took to making jokes and doing funny skits on the streets for a living.

He rose to prominence thanks to his role on Saturday Night Live (SNL), where his over-the-top performances often stole the show.  He left SNL to join the case of another NBC show "30 Rock," a popular sitcom that featured fellow SNL cast member Tina Fey and was based in part on their experiences at SNL.

Morgan was not above humor that poked fun at himself.  His character in "30 Rock" was Tracy Jordan, a slap at himself during his SNL career.

He has four children, including three sons with his ex-wife Sabrina Morgan and a daughter with his fiancee Megan Wollover.

Morgan was already suffering from diabetes at the time of the crash, and he underwent a kidney transplant in 2010.

He suffered numerous injuries following the crash, including a broken leg, and doctors stated he would take months to recover.

A sitcom project that Morgan was starring in has been put on hold, according to his publicist.