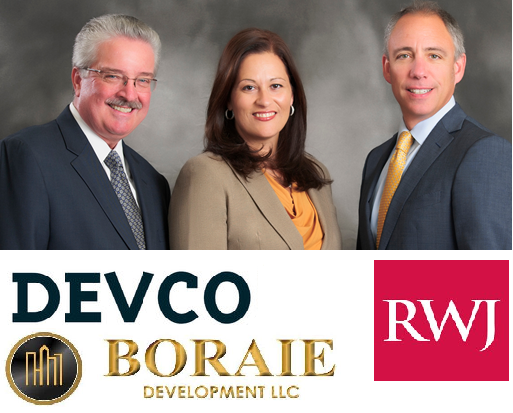 NEW BRUNSWICK, NJ—Middlesex County's top government attorney  also works for some of New Brunswick's biggest developers including Robert Wood Johnson University Hospital, leading many to ask if there is an inherent conflict of interest at play.

Tom Kelso doesn't meet the traditional definition of a "double-dipper," because he only has one public job and is not yet collecting a pension.

But by day, Kelso is the Middlesex County Counsel, a $165,000 salaried job where he represents the interests of the county government and the taxpayer citizens who fund it.

And by night, he represents the interests of powerful developers seeking to change the face of New Brunswick.

At New Brunswick's Planning and Zoning meetings, Kelso is by far the most frequent attorney to appear on behalf of applicants, representing clients in 30 of the 108 hearings since 2011.

Not only had Kelso never lost a case in recent memory, but only one Planning or Zoning Board member has cast a single vote against any of the projects Kelso had represented since 2010, when a 5-2 vote began a wave of developments backed by the same interests and exclusively represented by Kelso.

A New Brunswick Today analysis of public records shows that Kelso also represented dozens of clients who were pushing private development projects in the Hub City, racking up 34 appearances in the past five years before the Planning and Zoning Boards.

Another 18 appearances were registered by law partners of Kelso, including Patrick Bradshaw (11) and Jennifer Burgess (7). Only Burgess has lost a vote at one of the boards.

Kelso lost his cool last month when his ethics were questioned by New Brunswick Today at a well-attended meeting of the Planning Board.

Two of the three development proposals presented that night were represented by Kelso, who offerred to field our question, intended for the Planning Board and its attorney, about whether it was "ethically appropriate" that he represent both the county government and developers pursuing projects in the county.

Kelso erupted when the author of this article politely pressed for an answer from Board Chairwoman Susan Sicora-Ludwig, and Board Attorney Ben Bucca.

"It's irrelevant to the Planning board whether or not I have the ability to represent an applicant before this board!" Kelso said, raising his voice.  "It's not a determination that the board makes."

"I do it because I'm permitted to do it under the law… You know that.  You know you researched it.  You're just creating mischief!" he yelled.

Kelso's uncharacterstic outburst occurred just as the first of three Planning Board hearings that night came to its conclusion.  Kelso was also paid to represent an additional client that night, developer Bob Paulus' Wick Enterprises, in the second hearing.

In the past five years, Kelso had a perfect record when it came to his clients' planning and zoning applications, until a proposal for a boxy 57-unit apartment building on Mine Street sparked an uproar, causing the Planning Board to twice adjourn the hearing so they could take more testimony from residents.

Tonight, Kelso is expected to again represent the applicant, Construction Management Associates (CMA), as they push forward with plans for the controversial building on one of the city's most historic streets.

But CMA is one of his smaller clients.  Kelso also represents many of the city's largest and most powerful developers through his private firm.

Within the past year alone, Kelso has represented the interests of Robert Wood Johnson University Hospital (RWJUH) three times, as well as made several appearances on behalf of Rutgers University and New Brunswick Development Corporation (DEVCO).

DEVCO, the developer that has built more buildings than any other group in New Brunswick, did not respond questions for this story. 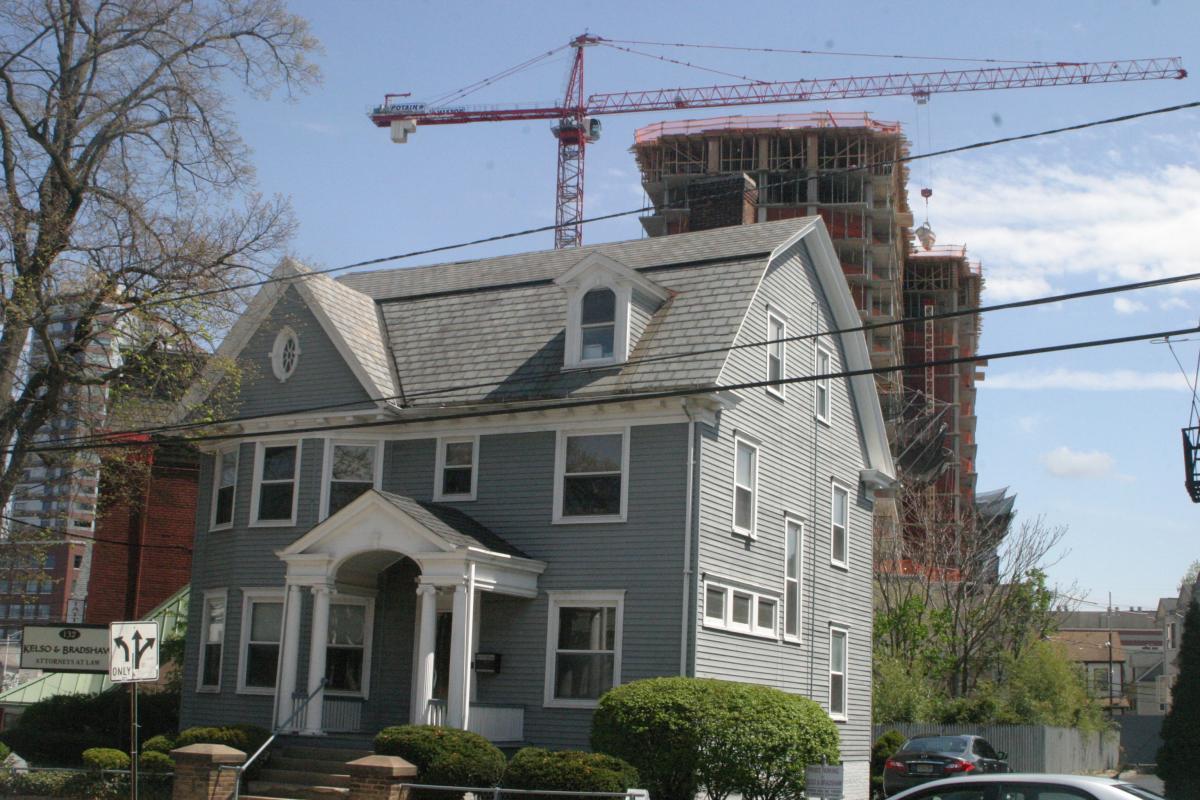 For years, Kelso represented Boraie Development, the city-based builder at the center of a controversy earlier this year, when it became public knowledge that the company received $4.8 million in federal disaster relief funding for a new luxury apartment building at 135 Somerset Street.

Boraie Development also did not respond to questions from New Brunswick Today.

Among Kelso's other clients are Jack Morris' Edgewood properties, a politically-connected force behind major projects in the city including the Fulton Square Condominiums and the Walgreen's Plaza.

Kelso's law firm has been a power center of the local political machine over the years and continues to serve as the official headquarters of the New Brunswick Democratic Organization.

In the past five years, roughly one out of every three applicants who went before the city's Planning or Zoning Boards were represented by Kelso & Bradshaw attorneys.

Even Zoning Board member Scott Elias retained Kelso when he had to make an application before the board for one of his rental properties.

In every case, the approvals that were sought were approved before the hearing ended.

Kelso's clients have been changing the face of the Sixth Ward neighborhood, building large apartment buildings in place of older homes as the area near Rutgers University became dominated by student renters.

But as it turns out, each of those companies or owners ended up being closely affiliated with Construction Management Associates (CMA), also known as Premier Properties, the developer behind the controversial Mine Street plan. 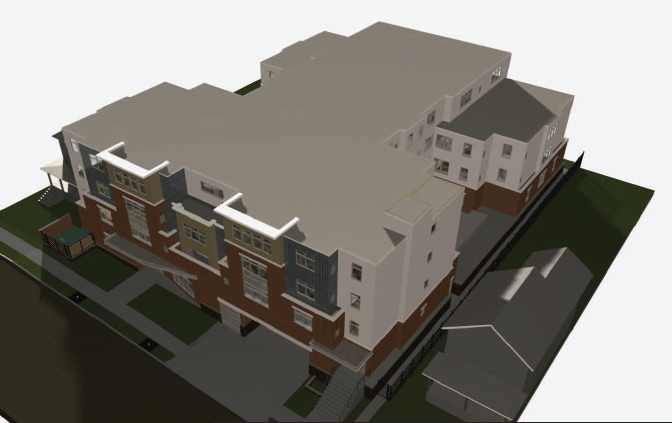 One of Middlesex County's most powerful attorneys, Kelso will be working for Construction Management Associates tonight, as they continue their quest to build the controversial apartment complex on the site of the former Rutgers Catholic Center.

The hearing starts at 7:30pm tonight in City Hall's Council Chambers and is open to the public.

For his part, Planning Board attorney Ben Bucca helped to quiet Kelso down after his outburst the last meeting, but declined to comment on the ethics question.

"I'm not going to answer that," Bucca said.

Bucca also has a potential conflict of interest: He is on the payroll of Rutgers University, where he serves as the women's tennis coach.

Only Robert Wood Johnson University Hospital responded to our requests for comment on whether or not they saw Kelso's representation as a conflict.

"The firm of Kelso and Bradshaw… was selected based on their extensive knowledge in the areas of land use and redevelopment," said hospital spokesperson Peter Haigey.

Haigey added that the hospital's expansion projects "are critically needed to increase parking options for patients and visitors, improve traffic flow, give us the ability expand our Emergency Department, enhance our capacity to serve more patients and increase access to specialty health care services in New Brunswick and the region RWJUH serves."

But the Robert Wood Johnson projects also highlight the gravity of the potential conflicts. Because they are located on Route 27, they are subject to review by the same county government that Kelso essentially runs.

Haigney admits, "Both the East Tower and South Building projects are adjacent to Route 27 and subject to county review."

And, in fact, one of the hospital's planned towers is supposed to jut out and hang over some 5 feet of the public right-of-way. At that Planning Board hearing, Kelso said his clients would seek approval from either the county or state for the unusual easement.

According to the county website, "County Counsel has the power, duty and responsibility of managing all legal matters for the County and serves as legal advisor to all Departments of the County, with the exception of the Planning Board."

Because of that exception, Kelso maintains that he has the power to represent major developers at both the local and county level, without creating a conflict of interest with his government job.

But, Kelso has also represented Boraie in their applications before both the city Planning Board, as well as a state agency: the NJ Economic Development Authority (EDA).

Asked if it was an ethical conflict for Kelso to represent developers at the state level, Scott Oliva and other communications employees at the EDA permanently stopped responding to questions from New Brunswick Today.