NEW BRUNSWICK, NJ—Since 1894, a small triangular plot of land in downtown has been home to a monument honoring the thousands of lives lost in the American Civil War.

But if city leaders get their way, that memorial will soon be joined by another life-size statue that will rise as tall as thirteen feet, according to the leader of a private group that has been slowly fundraising for the project over the past decade.

New Brunswick Sculpture Project, Inc. Chairman Greg Ritter said that, even with the $10,000 from taxpayers, his group still needs to raise roughly $10,000 more before they can begin the jury process for selecting an artist.

A last-minute addition to the City Council’s agenda on October 2 authorized $10,000 in taxpayer funds to the nonprofit.  With no further details and without public discussion, the Council unanimously approved the spending by a 4-0 vote and Mayor James Cahill signed it into law. 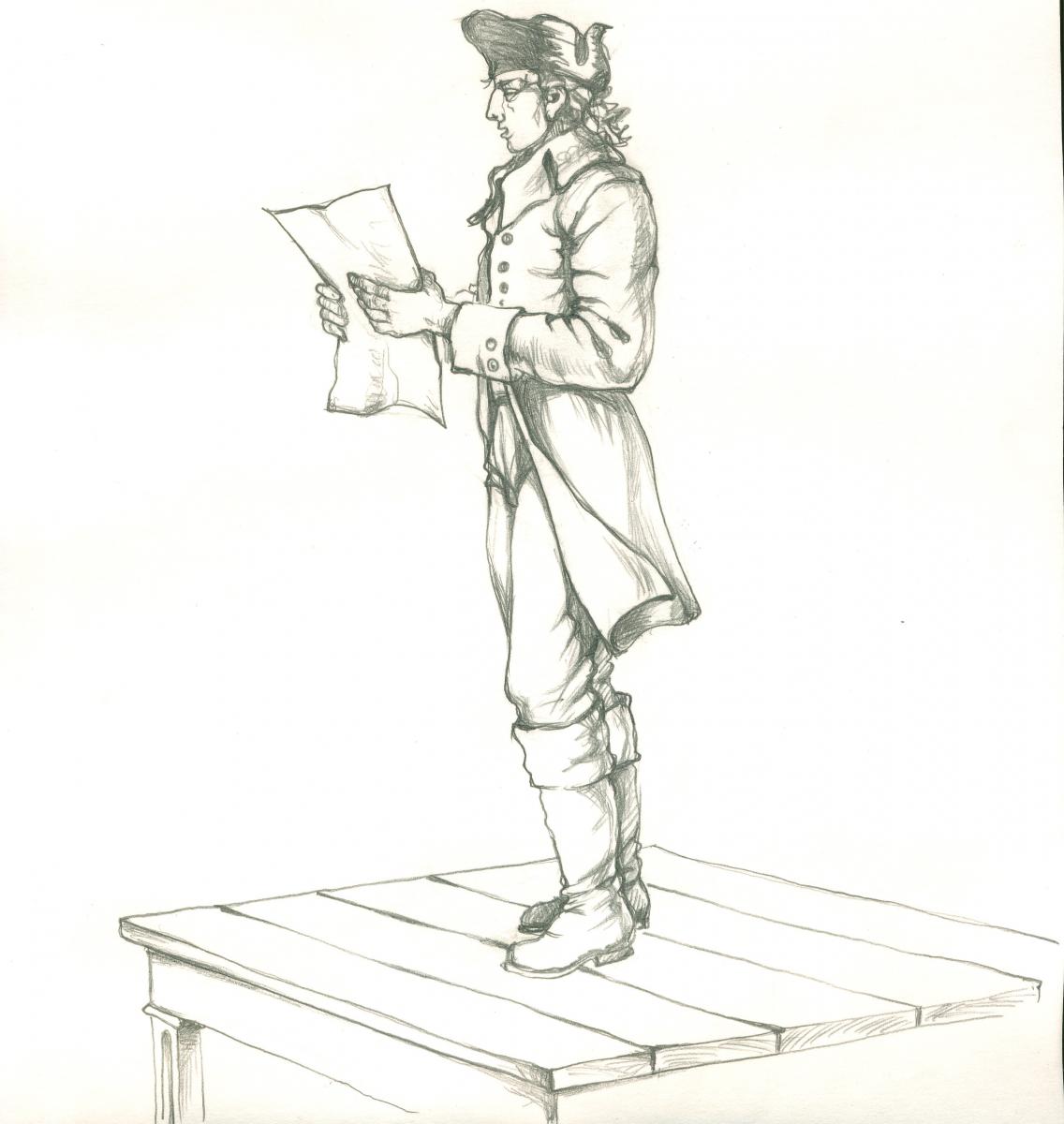 The money will fund a statue of Colonel John Neilsen reading the Declaration of Independence while standing on a table in New Brunswick.  Neilsen’s was just the third public reading of the Declaration after it was adopted in 1776.

Ritter said the Neilsen monument will be “only statue in America of someone reading the Declaration of Independence.”

But, should the statue become a reality, it won’t be placed at the site of Neilsen’s famous reading.  Instead, the sculpture would be squeezed in next to the Civil War monument in front of the Heldrich Hotel.

The actual location where Neilsen’s reading took place was about 1,300 feet away, in front of an Albany Street tavern that is long gone.

Ritter said that location, near the modern-day home of Due Mari restaurant, would be unfeasible and that the statue would be more visible at the hotel location, in the city’s theatre district.

“Millions of people come every year to the theatres.  If you put it [at the Due Mari location], eighty to ninety percent of people will not see it.” 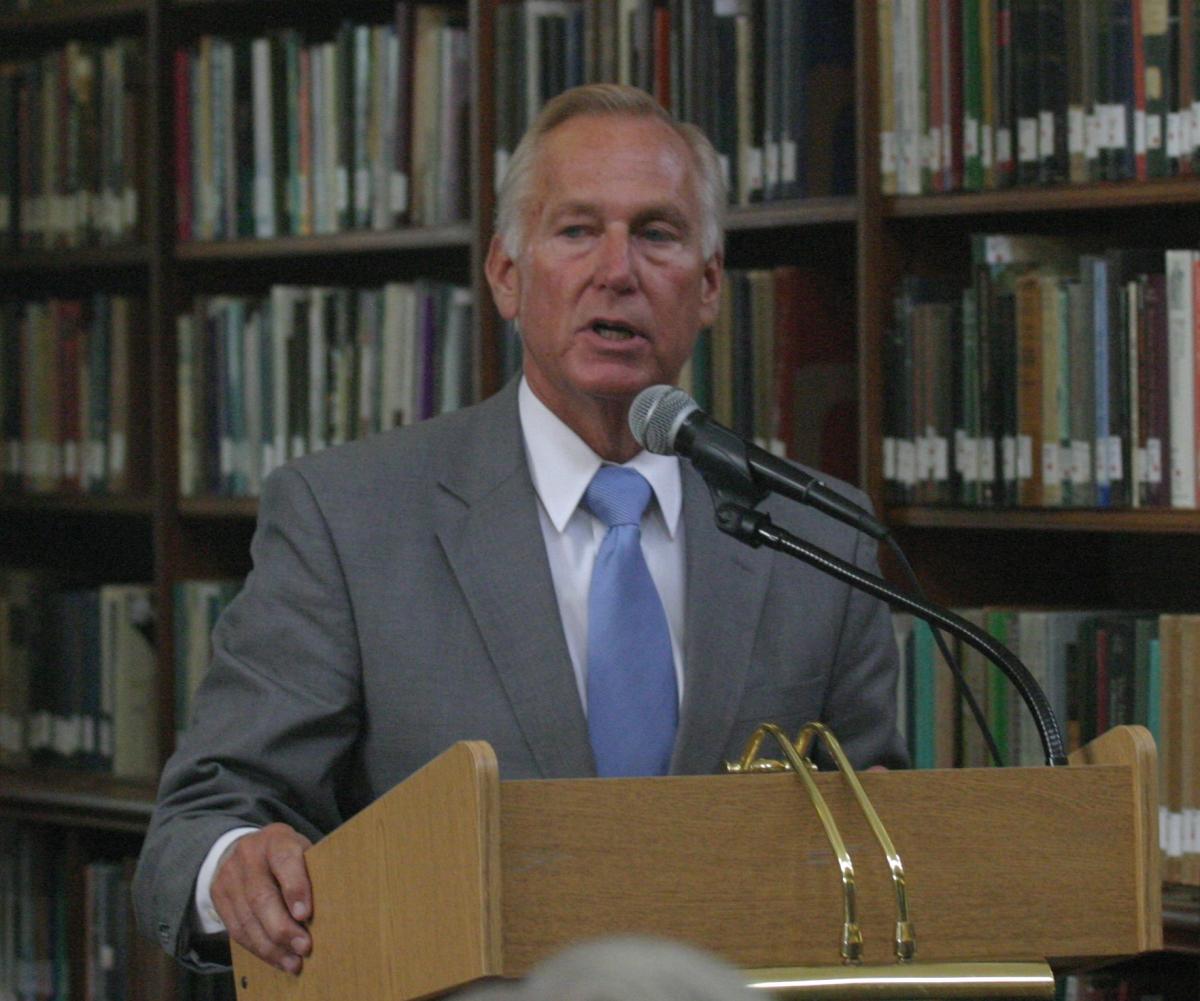 For years, city leaders have been trying to privately raise funds to support the statue proposal, which has earned the support of New Brunswick’s downtown business association: City Market.

Pamela Stefanek, the head of New Brunswick City Market, did not respond to an inquiry about the process that resulted in public funds going towards the statue.

Business Administrator Tom Loughlin said that Mayor Cahill was once firm in the belief that the statue should be privately funded.

“The mayor had always felt that the fundraising should be done privately,” Loughlin said at the October 17 City Council meeting.

But based on the length of time it was taking to raise the funds and how close the group was to their goal of $150,000, the mayor had a change of heart and included the donation in the capital budget this year.

A spokesman for Cahill insists the project is still entirely private, and therefore declined to provide a timeline for its completion unlike other publicly funded projects the city is involved in.

“This is not a public project. It is being done by New Brunswick Public Sculpture, a 501(c) 3 not-for-profit organization. The City is making a donation to the project.”

Previously, city officials had said the sculpture would be funded entirely by private donations.

At an October 2012 City Council meeting, city attorney William Hamilton deflected questions about the statue: “It’s a private group,” he said, identifying Ritter as “one of the movers and backers behind the group.”

“You’d have to talk to them about what their priority is terms of statue.  I know they are fundraising,” Hamilton said, after a resident asked about the nonprofit’s plans for additional monuments to New Brunswick historical figures including Joyce Kilmer and Paul Robeson.

Ritter, who has owned George Street Camera for decades, told New Brunswick Today that the $10,000 gift was, “the least that New Brunswick could do” for Neilsen.

“This was the man who saved New Brunswick,” said Ritter, “one of the most unsung heroes.”

According to Ritter, Neilsen served as a colonel in the militia army, and was involved in the building of the city’s first bridge, first schools, and first fire departments.  Large tracts of Neilsen’s land were donated and eventually became much of the Cook and Douglass campuses of Rutgers University.

During the Revolutionary War, Neilsen served as General George Washington’s quartermaster, and the British burned down his church, but the incident only made Neilsen’s resolve stronger, Ritter said.

ARTISTS AT MERCY OF CITY COUNCIL AND MAYOR FOR PUBLIC FUNDING 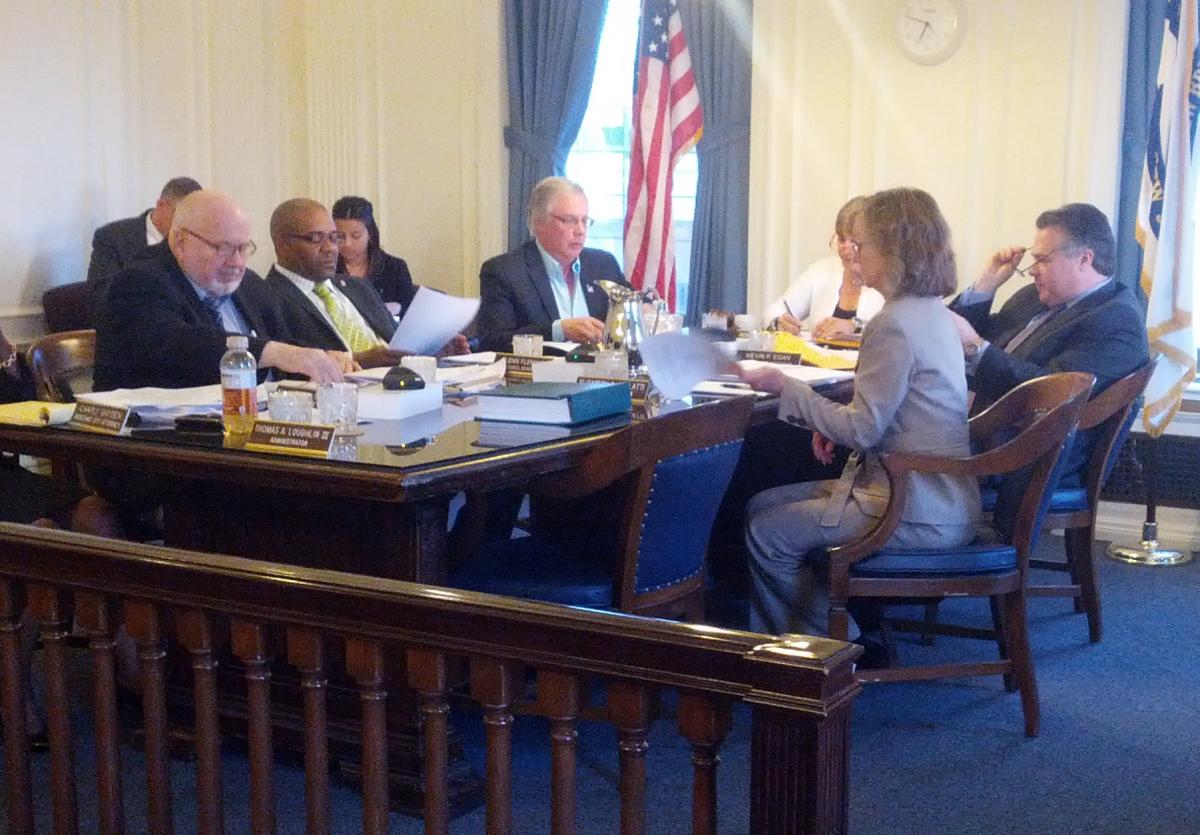 Neilsen’s heroism and contribution to New Brunswick aside, the statue appropriation raises questions about the city’s lack of a process for artists to seek similar donations.

The New Brunswick Community Arts Council (NBCAC) was not involved in the decision, and has nothing to do with the statue project.

“Actually, the NBCAC has not been involved in that project,” confirmed chairwoman Kelly Blithe, who also serves as public relations director at the State Theatre.

According to city law, the Community Arts Council’s purpose is to “to establish and maintain local, school, library and neighborhood arts programs.”

With no apparent process in place to regularly fund public art, projects are only taken up on a case-by-case basis, leaving artists at the mercy of the Council and Mayor.

Earlier this year, representatives for the annual New Brunswick Jazz Festival made a comprehensive presentation at a City Council meeting, asking the city for financial assistance to make the festival more accessible to the community.

But the Council said they could not help the festival because their organization was not incorporated as a non-profit.

Activist Tormel Pittman pointed out at the last City Council meeting that a recent mural of Martin Luther King Jr. in the Fourth Ward was funded entirely by retired city police officer James Neal, who has run against Cahill several times.