But that election will be held under a cloud of sorts, as County Clerk Elaine Flynn appears to have applied a favorable standard to two candidates supported by those currently in power.  Their petitions were accepted by Flynn’s office on December 24, three days after the official deadline.

A document on the state Division of Election’s website titled “2013 – January Special School Board Election Timeline” states that the board of education must notify both the city clerk and county board of election “no less than 60 days before the election.”

If that law applies, for Tuesday’s special election to have been properly noticed, those written notifications would have had to have been made by November 23.  But that timetable would have been an impossibility given the results of a narrow referendum vote to switch to an elected school were not certified by Flynn until November 28.

George Hendricks, a former City Councilman who opposed the elected board and makes $9,450 every month as the board of education’s attorney, said the document cited a statute that did not apply to this extra-special election.

“[That law] doesn’t deal with special school board elections… Those are not the ones dealing with changing from an appointed to elected board,” he said at Wednesday’s school board meeting when confronted with the document.

Hendricks’ office said that was not a problem, even though the board is legally responsible for scheduling the election and not the district’s superintendent or staff.

“The decision to advertise on the 13th of December, 2012 was made subject to formal Board ratification on December 18, 2012, which was accomplished,” said Lois Foley, a paralegal at Hendricks’ law firm who responded to our request for clarification.

LATE PETITIONS HAD INCORRECT TITLE, CROSSED-OUT DEADLINE
The official nominating petitions offered by County Clerk’s office cited a clear deadline to turn them in to Flynn’s office “on or before 4:00pm on December 21, 2012.”

New Brunswick’s Patch.com website also published the original December 21 deadline as it approached.  Editor Jennifer Bradshaw told NewBrunswickToday.com that date was cited by members of the public at the December 18 board of education meeting, and it went unchallenged by Hendricks and the seven-member board.

The board’s minutes from that meeting are conspicuously missing from their website.  A link meant to connect to those minutes instead links to the board’s personnel committee report.

CONFUSION AT THE COUNTY CLERK’S On December 21, four indepedent candidates for the two seats turned in their petitions to the County Clerk’s office in downtown New Brunswick.  It appeared that Mayor James Cahill had made a calculation not to run candidates for the seats, and to let the chips fall where they may.

That day, the staff of the county clerk’s elections division provided NewBrunswickToday.com with copies of the four candidate’s petitions and Election Supervisor Dee Anderson confirmed that she believed the deadline to submit passed when the clock struck 4:00 pm.

“We’re just soldiers,” said one of the employees who was asked to accept the late petitions, referring all questions to Flynn when asked about the controversy.

The petitions were circulated entirely by city and Democratic party officials, including City Councilman Glen Fleming and Parking Authority board member Anthony Barber.  They were all notarized by Barber’s wife, Claribel Azcona-Barber, who works at City Hall as the mayor’s secretary.

Flynn told NewBrunswickToday.com that she extended the deadline at the request of “the lawyer,” referring to County Counsel Thomas Kelso, a longtime supporter of Mayor Cahill.

The Clerk also blamed Richard Jannarone, the school district’s business administrator, for botching the official public announcement of the election.  Flynn said that a published announcement he prepared was flawed in more ways than one.

In fact, not only did the announcement published in December 13’s Home News Tribune fail to specify a deadline to submit petitions, it was also given an erroneous and misleading title: “SPECIAL BOARD MEETING NOTICE.”

“He was a nervous wreck,” said Flynn, who added this was the first time Jannarone was responsible for running a school board election.

Jannarone did not respond when asked via email about Flynn’s comments. 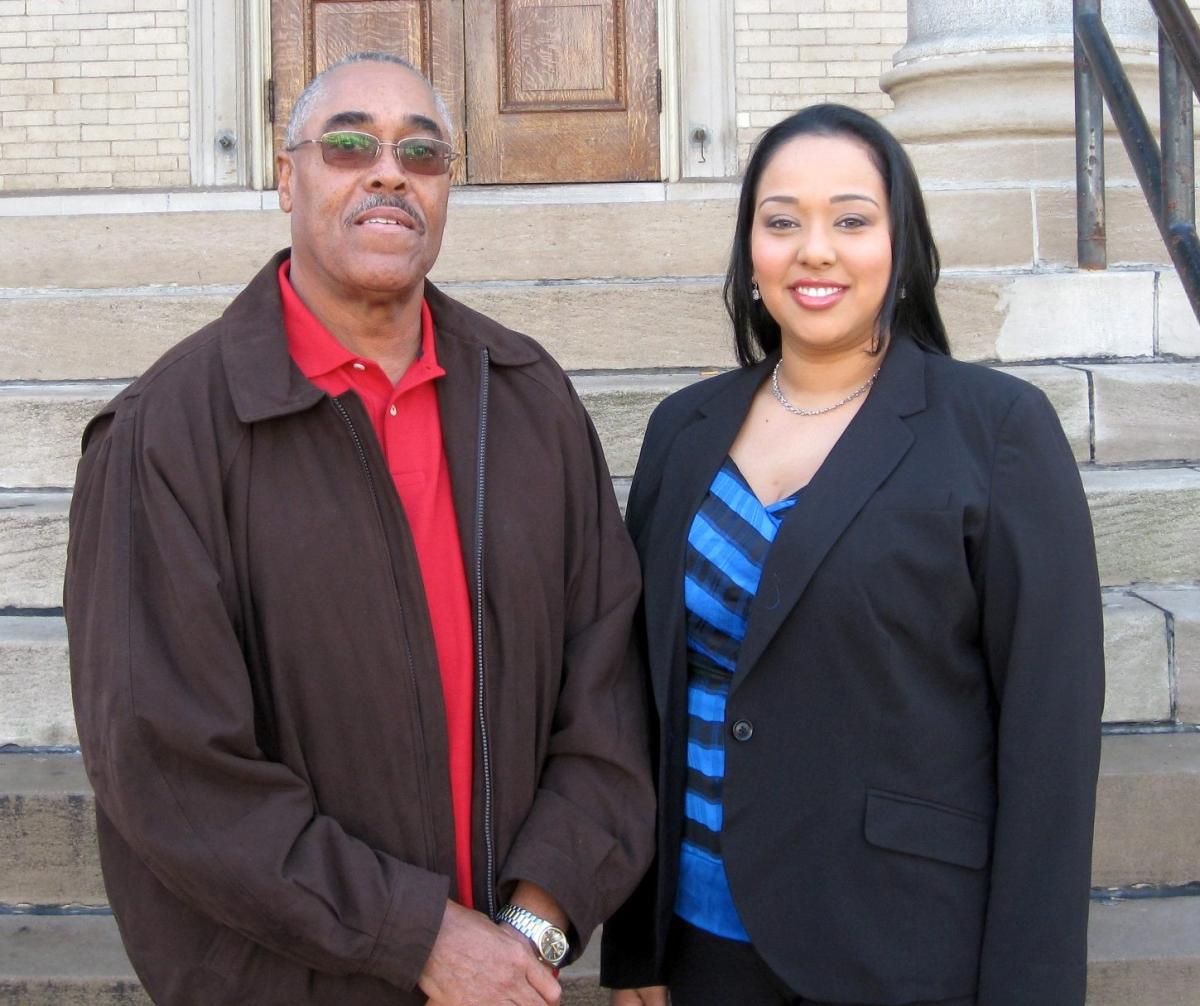 Perhaps the most problematic part of Flynn’s decision to delay the petition deadline is that she did not notify the candidates who had already submitted petitions.

“You know what?  You’re right,” Election Supervisor Dee Anderson said when asked whether she probably should have notified the other candidates of their tardy competition.

Since then, one of the independent candidates in the race bowed out to support another.  But the names of all six will be on Tuesday’s ballot.

Kelso, who is also the Executive Director of the New Brunwick Democratic Organization and a close confidant of the mayor, explained that he directed Flynn’s office to accept the tardy petitions because state law requires candidates be given ten days after the published announcement of the election.

“The publication date for the Special Election is the triggering date for submission and the receipt of nominating petitions which must then be filed with the School District or the County Clerk within ten days,” said the county counsel’s office in response to our inquiry.

“The petitions received and characterized as tardy were received within the ten day period as required by the School Laws and Election Laws of the State of New Jersey.

“A failure to accept the petitions would work to deprive the voters of the District of candidates who had submitted their petitions within the ten days as required. Consequently, the petitions were accepted as timely filed, ” the statement concludes.

SIX CANDIDATES ON BALLOT, FIVE WANT TO WIN
In Tuesday’s election, three candidates will face off for a two-year term on the board including Hush, and two former City Council candidates: Martin Arocho and Jerry Mercado.  Arocho has previously served as an appointed member of the board before a falling out with the Cahill administration.

UPDATE (2:14pm): The New Jersey Department of State responded to our article with the following statement: “Inquiries regarding a special school board election should be addressed directly to the local school board.”

However, their response also cited “NJSA 19:60-1 et. seq,” the same law that the board of education’s attorney George Hendricks said did not apply to New Brunswick’s election.

UPDATE (12:32pm): Michael Yaple, a spokesman for the NJ School Boards Association responded to this article and said that his organization had nothing to do with creating the official petition that the County Clerk’s office gave out to prospective candidates, even though it had the NJSBA’s acronym in the title.

“Someone took a petition that we had and just changed the date and the language,” Yaple said.