NEW BRUNSWICK, NJ—Local police only interviewed two witnesses, including one who a police report said was “confused with the incident,” before closing out an investigation into a student pedestrian that was struck and seriously injured by a police car last month. 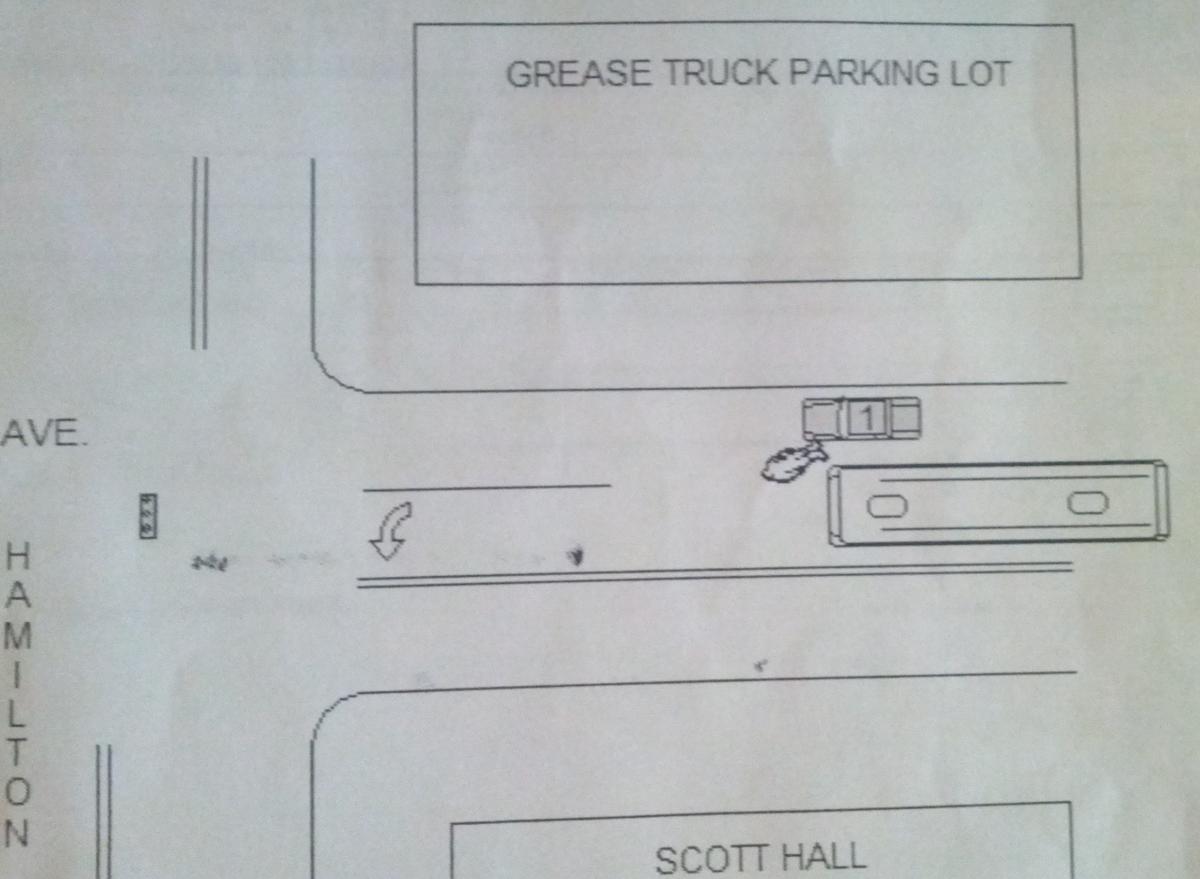 The report also characterized the victim’s collision with the police car as occurring at a 90-degree angle, essentially running into the side of the vehicle.

However, a computerized drawing of the incident included on page three of the report depicts the victim prone in the street with his left foot under the driver’s side front corner of the police car.

Similar to the officer’s account of the accident on police radio, the NBPD’s accident report used some unusual language to describe the collision between the 2009 Ford Crown Victoria and Ryan Sikder, a 21-year-old Rutgers student from Wayne, NJ:

“[Timbol] went on to state that [Sikder] appeared in front of him (from the front of the bus that was stopped) on his left side and impacted the vehicle,” says the report’s narrative.

The accident occured on College Avenue during rush hour, near that campus’ most heavily-utilized bus stop on September 19.

Sikder said he was crossing about 10 feet beyond the bus shelter located in front of the city’s famous Grease Trucks.  He said the police car “moved” him another 10 feet towards Hamilton Street after he was struck.

“I wasn’t expecting a cop to be there, because it was you know a bus lane.”

Sikder “jogged across the street (in front of the stopped bus) and heard a horn prior to him impacting [the police car],” according to the police report. 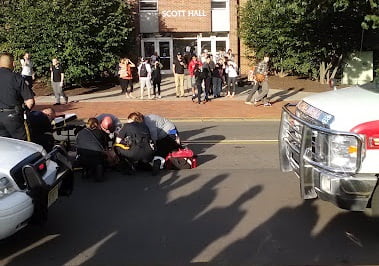 “He stood over me and started yelling at me, ‘Where you running to? Why’d you run into my car?’  And I was trying to defend myself with my bone sticking out of my leg.”

The bus driver, Waheeb Wahba, was quoted in the report as telling police that he saw Sikder “run across traffic and strike” the police vehicle.

The report also says that Wahba “stated [Sikder] did not use a crosswalk.”

The other witness, a Delaware woman named Diane Song, “was not sure how the pedestrian landed on the driver-side of the care and then became confused with the incident.”

At first, NewBruswickToday.com was told that the Rutgers Police Department was investigating the incident internally, when we broke the story on September 20.  The following day, a spokesman for the school said that New Brunswick’s embattled police department would be handling the investigation.

Then, yesterday afternoon Seargent Raymond Trigg told the city’s Traffic Commission that RUPD was investigating and New Brunswick Police were not involved at all.  Trigg was the department’s official representative at the meeting.

“That’s not us,” he said in response to a question about the incident from NewBrunswickToday.com during the meeting.

“We took an initial accident report and it was determined to be an accident,” Miller told NewBrunswickToday.com yesterday, who said the NBPD closed the case without issuing any summonses.

He was unable to provide the police report immediately, but he said at last night’s City Council meeting that the Rutgers Police Department was also internally investigating the incident “because it invoved one of their officers.”

“Rutgers PD is conducting a review.  That review is in process,” said Miranda.

“At first it seemed like they were going to be really helpful, but then when the doctor said that I can’t go back this semester, they’ve been kind of making it difficult,” Sikder told NewBrunswickToday.com in a phone interview today.

“I’m trying to withdraw this semester. They are letting me withdraw, but they are taking 40% of the tuition that I paid this semester.”

According to the University’s tuition refund policy, students who voluntarily withdraw during the first six weeks are eligible for a partial refund of their tuition.

“The university has reached out to the family to assist them in managing this matter,” said Miranda, adding federal law prohibited from discussing the financial situation of any individual students publicly.