NEW BRUNSWICK, NJ—In August 2007, two women filed paperwork to create a political action committee (PAC) for the stated purpose to “help elect and support candidates to public office.”  One was an official associated with the city government and the local Democratic party.

Over the next three years, “Women For Good Government” quietly raked in over $238,000, and just as quietly donated most of it to political candidates before it mysteriously ceased operations in 2010, with just over $31,000 remaining in its coffers.

One might expect an organization with a name like that to primarily support female candidates, or that their supporters might be primarily women.  However, both assumptions are incorrect, according to the group’s filings with the Election Law Enforcement Commission (ELEC).

One also might expect a “good government” organization to produce materials for campaigns, maintain a small staff or perhaps an office, at least a website.  But, Women For Good Government had none of those things.  They never paid any staff, they used a New Brunswick post office box as their official address, and they spent only $160.39 on administrative costs in three years of action.

The organization never issued a statement to the press and it appears they did not do much more than collect donations, report them to ELEC, and pass those same monies on to the campaign funds of various candidates for elected office, mostly in Middlesex County.

They never took a position on an issue, never announced any of the candidates or organizations they were sending money to, and never made known a process for candidates to seek their financial support.

In many cases, the PAC served as a “middle-man” for donations from corporations, developers, lawyers, engineers, consultants, and contractors that do business with the government, allowing those entities to legally exceed donation limits or otherwise circumvent municipal laws expressly crafted to prevent the purchasing of influence over elected officials.

Meanwhile, another similar organization based in New Brunswick had been operating in a similar fashion since 2005.  The Raritan Bay Leadership Fund was run out of the New Brunswick offices of the politically-connected law firm Shamy, Shipers, & Lonski PC, and it courted many of the same exact donors as Women For Good Government.

Since 2008, The Raritan Bay Leadership Fund collected over $200,000 in contributions and dispersed the funds to candidates across the state.

Previously, political committees like these went largely unnoticed while funneling hundreds of thousands of dollars into local, county, and state electoral campaigns without scrutiny.

No doubt other “under-the-radar” fundraising organizations exist across NJ, under the control of partisans in both Democrat and Republican circles.  But nowhere is there such apparent, yet unacknowledged coordination between multiple PAC’s as there is in Middlesex County.

The conservative blog MoreMonmouthMusings.com was the first to report on the irregular pattern of donations.  Their reporting shows that, between Jan. 1, 2008 and Aug. 1, 2011, two of the top three most successful “scrutiny avoidance” fundraising operations were based in New Brunswick:

ELEC records show that each of the committees had a remarkably simliar list of donors, as well as little or no expenditures beyond transfers to political candidates and party organizations.  They also handed the funds over to many of the same campaigns, most of them in Middlesex County.

More often than not, donors’ intentions were further obscured when funds are given to a county or municipal party organization that in turn spends them on one or more campaigns at their discretion.

This phenomenon, and the spending in general, occurred overwhelmingly in municipalities that had adopted pay-to-play reform laws designed to prevent large donations from companies or individuals seeking to do business with the government.

In some cases, the committees even transferred funds to and from one another.

To this day, it is unclear who specifically decided which campaigns to support or how much to spend… 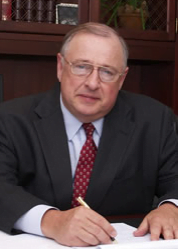 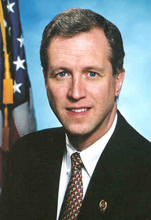 A recent report in the Star-Ledger has shed new light on the mystery of who really controlled these campaign warchests.  Peter Barnes Jr., Chairman of the Middlesex County Democratic Organization (MCDO) fingered State Senator Bob Smith as the supervisor of Women For Good Government and several other entities like it.

“I am aware of the PAC’s in general, but I’m not aware of them in particular… They’re run by Senator Bob Smith,” he told the Star-Ledger after hemming and hawing when asked if he knew about the secretive organizations.

Smith, from Piscataway, represents his hometown, as well as New Brunswick, Milltown, and North Brunswick in the State Senate.

The report also implicated Assemblyman Jon Wisniewski, who serves as the chairman of the NJ State Democratic Committee.

Current and former employees of his legislative office were connected to several of the PAC’s, according to the report.  A legislative aide to Wisniewski, Mary Lou McCormick, is paid to prepare The Raritan Bay Leadership Fund’s reports for ELEC.

For his part, Wisniewski denied any affiliation with the secretive organizations.  It was also reported that he said he asked his then-28-year-old chief of staff Nicholas Fixmer to step down as Chairman of Democracy in Motion PAC when he learned of his involvement in the organization.

“Some of them have given contributions either to me or to the state party, which they’re entitled to do.  I’m entitled to ask for it, and that’s it,” he told the Star-Ledger.

Democracy in Motion PAC, and the 19th District Leadership Fund, both based in Wisniewski’s hometown of Sayreville, raised a combined $334,366 since 2008, according to the MoreMonmouthMusings.com report.

Sayreville is one of many towns that has adopted a pay-to-reform ordinance to curb the influence of money on its local elections.

The laws usually say that companies seeking to do business with the government cannot donate more than a certain amount to candidates for local office, though limits differ from one municipality to another.  New Brunswick does not have a pay-to-play reform ordinance on the books.

The process of circumventing pay-to-play laws by donating through an intermediary is known as “wheeling” and it enables corporations or individuals to donate in excess of state or local contribution limits.

A story published on PolitickerNJ.com said that a source connected with Middlesex County politics had confirmed there was a list of these PAC’s shown to donors, many of whom sought to gain or maintain government contracts.

The source said that potential donors were given a menu of the vaguely-named political committees.  Barnes denied knowledge of it, but said it might have been a past practice in Middlesex County.

“It might have happenned before that way before my tenure, but not since I was elected chairman.”  Barnes was elected Chairman in June 2011.

Women For Good Government had never before been tied to the MCDO or any elected official until Barnes’ remarks implicating Sen. Smith were published.  The story, and a subsequent follow-up, said that Smith had not return multiple requests for comment about the matter.

Editor’s Note: This is the first in a seven-part series.