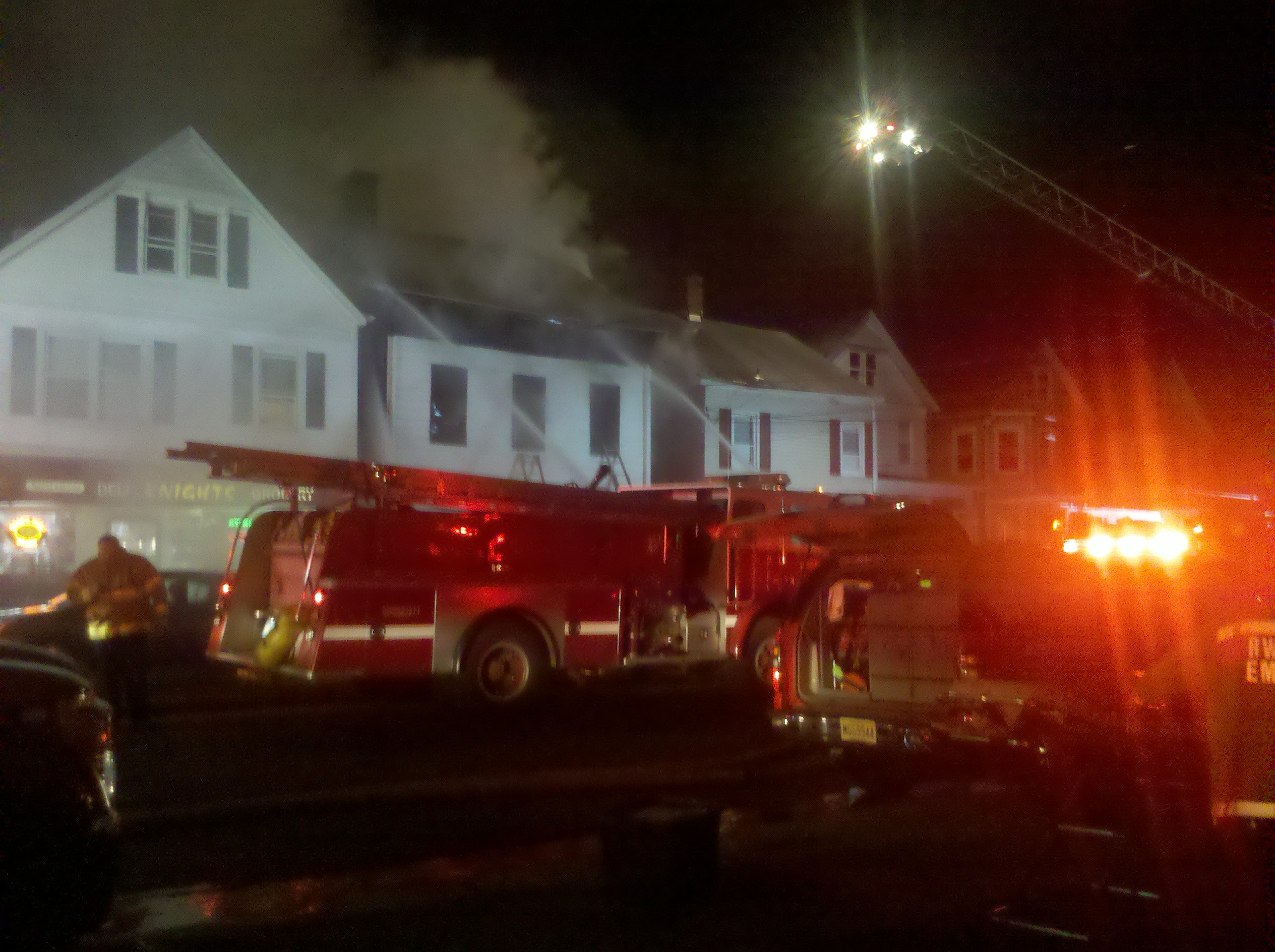 One Man Killed As Two-Family House Burns on Easton Ave.

NEW BRUNSWICK, NJ – One man died last night in a fire at 204 Easton Avenue, near the intersection with Courtlandt Street.   The two-alarm blaze engulfed a two-family house next to Knights Deli, a convenience store in the heart of the Sixth Ward student neighborhood.

According to Patch.com, two others were injured and set to be released from Robert Wood Johnson University Hospital.  Additionally, a city firefighter sustained a shoulder injury according to the report.

The fire started at about 10:10pm and burned well past midnight.  NBFD Director Robert Rawls told the Newark Star-Ledger there was “no reason to think” that the fire was suspicious.

Authorities are waiting to notify the man’s next of kin before releasing his name.