MAHWAH, NJ—Rutgers fans have started their summer on a somber note, as the Scarlet Knight community mourns the loss of rising sophomore wrestler Sam Cali.

According to the New Jersey State Police, a NJ Department of Transportation employee discovered a blue Lexus had gone off the road on southbound I-287 on the morning of Monday, June 20.

Two deceased men were found outside of the vehicle, including Cali and Leonidas Vagias, both of Montville Township. 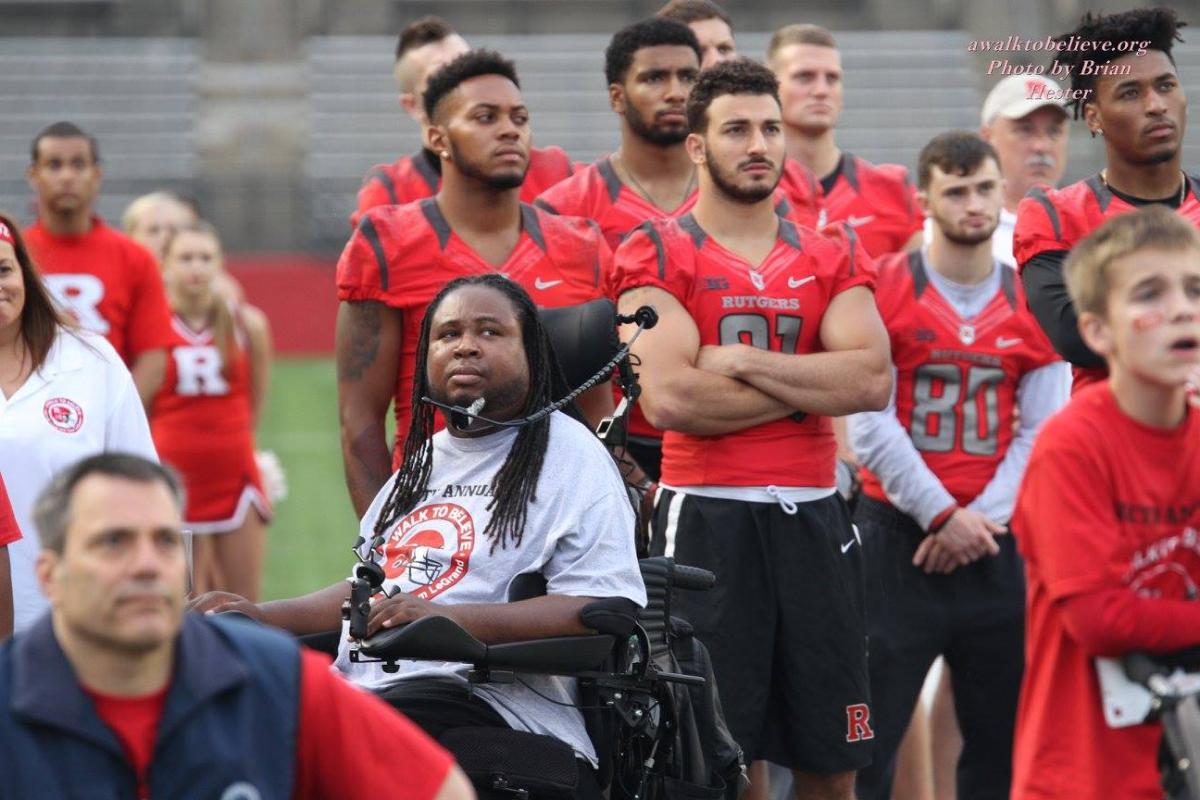 PISCATAWAY, NJ–If we've learned anything about Eric LeGrand over the past few years, it's that it’s difficult to rain on his parade.

BRONX, NY—The Rutgers football matchup with Maryland on November 4, 2017, originally scheduled to be played on Rutgers' campus at High Point Solutions Stadium, has been moved to Yankee Stadium.

The move was first reported by Chick Hernandez of CSN Mid-Atlantic.

PISCATAWAY, NJ–The pro career of Rutgers point guard Corey Sanders has been put on hold, at least for now.

The soon-to-be-sophomore, who declared for the NBA Draft in March, announced May 17 that he will withdraw from the draft and return to Rutgers.

EVANSTON, IL–May 5 was quite the day for Rutgers lacrosse, as both the men's and women's teams picked up wins in their respective Big Ten Tournaments.

The women took the field first, taking on the Ohio State Buckeyes, ranked 17th in the nation, at Northwestern University in Evanston, Illinois.

Rutgers "WLAX" had struggled during the regular season in 2016, finishing with just a 6-11 record.

CHICAGO, IL–In recent years, Rutgers football has made a habit of sending players to the National Football League (NFL), and 2016 has been no exception.

Over the weekend of April 28-30, four former Scarlet Knights joined NFL teams as the league observed its annual draft of college athletes.

The highlight of the weekend came when wide receiver Leonte Carroo, an Edison native who became Rutgers' all-time leader in receiving touchdowns, was selected by the Miami Dolphins in the third round of the draft.

PISCATAWAY, NJ–On April 23, Rutgers fans finally got their first glimpse of new football head coach Chris Ash in action, even if it was just an intrasquad scrimmage.

After months of discussion and speculation on how the team will look under the first-year head coach, the annual Scarlet-White game gave the Scarlet Knights faithful an idea of what to expect when the 2016 season kicks off in a little more than four months.

PISCATAWAY, NJ–Rutgers football secured commitments from four New Jersey recruits, including two of the state's top players, in just over a week.

UNCASVILLE, CT—A Rutgers women's basketball program that has made a habit of sending players to the pros continued to do so on April 14, when former Scarlet Knights guard/forward Kahleah Copper and center Rachel Hollivay were selected in the 2016 WNBA Draft.

Copper became the seventh first-round pick in Rutgers history, and the first since Epiphany Prince in 2010, when she was selected seventh overall by the Washington Mystics.