PISCATAWAY, NJ—Three victims, including a former student that police have said is the perpetrator, have been injured and remain hospitalized following a stabbing that occurred at the Rutgers Business School at approximately 2:30 pm on November 4.

END_OF_DOCUMENT_TOKEN_TO_BE_REPLACED 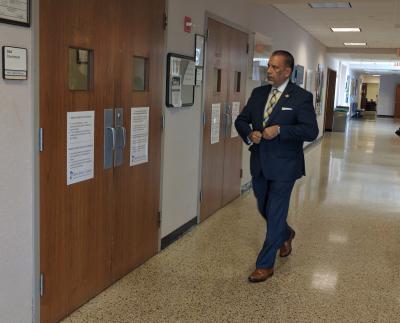 END_OF_DOCUMENT_TOKEN_TO_BE_REPLACED

Pallone represents the people of New Jersey’s 6th congressional district, and is a ranking member on the House Energy and Commerce Committee.

In attendance were representatives from the Brady Campaign, Million Moms March, the New Jersey State Nurses Association and the New Jersey Chapter of the American Academy of Pediatrics.

END_OF_DOCUMENT_TOKEN_TO_BE_REPLACED PISCATAWAY, NJ–Rutgers University pulled the plug on its new official student-tailgating lot, “The Alley,” which was shut down after just two home football games.

Rutgers' official athletics Twitter account @RUAthletics tweeted on September 20 that “The Alley” will shut down “due to safety concerns.”

The tailgate party had been located in the narrow gravel lot, across the street from Werblin Recreation Center on Busch Campus.