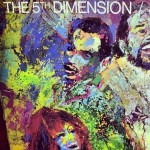 SOUTH AMBOY, NJ—In 1991, five-year-old Timothy Wiltsey went missing from a carnival, sparking a national search for him until the remains of his body were found in woods near an office complex where his mother once worked.

Now, on what would have been Timothy's 29th birthday, Wiltsey's mother Michelle Lodzinski was arrested in Florida for the murder, raising questions about the role previous prosecutors played in the case.

END_OF_DOCUMENT_TOKEN_TO_BE_REPLACED

NEW BRUNSWICK, NJ—Steven Parkey Jr. brutally killed Nikki Adams, a 15-year-old New Brunswick resident, in an Edison motel room on October 3, 1990.  But their story did not end there.

On February 7, after several twists and turns, and more than a decade with no developments in the case, Parkey admitted he committed aggrivated manslaughter, while a jury was deliberating his fate.

Parkey pleaded guilty to the charges after new DNA analysis introduced in a recent trial linked him to the murder.

END_OF_DOCUMENT_TOKEN_TO_BE_REPLACED

NEW BRUNSWICK, NJ—A gender-themed art exhibit is coming to Voorhees Mall on the Rutgers University campus in April, and organizers are currently seeking artwork to put on display in the heavily-trafficked area.

The exhibit will have accommodations for all media types and submissions are welcome from all New Brunswick residents. Each artist can submit up to 3 pieces of work, and organizers say the submissions should address stereotypes or myths about gender, equality, and love.