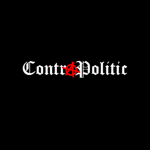 EAST BRUNSWICK, NJ–Amidst the rides, carnival faire, and live music, it might be easy to miss the central theme of the Middlesex County Fair, which began August 1 and runs through August 7.

But in a quieter corner of the fairgrounds, the 78th annual countywide celebration turns into an homage to local agriculture and the people behind the food production.

WOODBRIDGE, NJ–The township recently settled a civil lawsuit for $70,000 in which three Elizabeth residents claimed their Constitutional rights were violated and they were threatened with a firearm by a local police officer at the Woodbridge Center Mall in May 2014.

The settlement, which was offered on April 10, grew out of an alleged encounter with Officers Dennis Benigno, now retired, and Andrew Lyszyk, according to a civil suit filed in U.S. District Court.

The crash occurred near the intersection with Harding Avenue at about 11:11pm, according to a statement released by the MCPO on July 11, nearly three weeks after the incident.

The footage, obtained by New Brunswick Today, begins with Salazar standing in the doorway of Rodriguez's residence in Perth Amboy on Sept. 5, 2013, ordering Rodriguez to produce identification.

The announcement that Mayor Wilda Diaz's administration terminated Ruiz came shortly after the former chief was brought up on additional charges, expanding the scope of the allegations against him.

CARTERET, NJ–Two men pleaded guilty to charges related to the shooting death of a Maryland resident that took place in Carteret in 2013, according to the Middlesex County Prosecutor's Office.

Daniel Gillens, a 24-year-old Newark resident, pleaded guilty to charges of aggravated manslaughter, admitting he shot and killed 26-year-old Deonte J. Shackleford while he was in New Jersey visiting relatives on April 5, 2013, according to the prosecutor's statement.

Gillens was sentenced to 25 years in state prison as part of the plea bargain.

PERTH AMBOY, NJ—Perth Amboy's embattled chief of police, Benjmain Ruiz, was arrested and charged for allegedly trespassing on May 31, adding to a litany of charges already levied against him.

Ruiz, the 54-year-old suspended police chief, was apprehended May 31 and accused of trespassing on the property of a Smith Street convenience store and impersonating a police officer when confronted by the store's owner and employees, Middlesex County Prosecutor Andrew Carey said in a press release.