OLD BRIDGE, NJ—After a challenged election, a refused appeal, and a long wait, voting is underway in the March 22 “do-over” election for one of Old Bridge’s nine Township Council seats.

A Superior Court Judge ordered that a new special election must be held after a slew of election problems cast doubt on the slim margin of victory in the Fourth Ward of Old Bridge.

In November 2021, the hotly-contested race between Democrat Jill DeCaro and Republican Mark Razzoli made for one of the closest races in the state.

But the election was marred by problems with the latest version of the Statewide Voter Registration System (SVRS) and never-before-used electronic poll books. The Council seat has been vacant for nearly three months and it’s unclear who will have to pay for the cost of holding the second election.

So far, Middlesex County taxpayers have foot the bill, but an unnamed Middlesex County official reportedly says the county had spent “incurred costs of between $16,000 and $31,000 so far,” and that they will “continue to explore all options for reimbursement with the state Division of Election.”

On December 2, Razzoli petitioned the New Jersey Superior Court to contest the results.

Representatives for both candidates made detailed arguments to support their positions on December 22, before Judge Thomas McCloskey ordered that a new special election must be held.

Because DeCaro only beat Razzoli by 11 votes, and records showed 27 voters who should have been able to participate in the contest received ballots with the Ward 2 Council race instead of Ward 4, McCloskey decided no one won the election, and ordered officials to select a date “forthwith” to conduct a do-over.

All of the affected voters resided on the same block of Cymbeline Drive, located on the border of the wards in a neighborhood where the street names refer to the works of William Shakespeare.

So far, officials in different parts of the government have assigned blame to one another, but no one has taken responsibility for the error that caused the wrong ballots to be sent to voters.

Old Bridge is holding the third do-over election in the state this year, but the other two repeat contests were not precipitated by a fatal error. Instead, when all of the votes were counted in Maywood and South Toms River the first time around, two candidates tied with the exact same number of votes.

Former Jersey City Police Department detective Mark Razzoli entered his first term as a member of Old Bridge’s Town Council as a Democrat. He switched parties in 2019 after losing a mayoral primary election.

Since then, he has heavily criticized the Democratic Party for policies that he associates with “radical socialists.”

Subjects says radicals have “hijacked” his former party to push “an immigration policy that is dangerous to the American people.” Razzoli argues their policies provide non-citizens with services such as “free healthcare, free education, free attorneys,” which he believes will incentivize more border crossing.

Razzoli has also expressed opposition to restrictions enforced statewide in response to the COVID-19 pandemic, calling them “short-sighted.”

He has attended anti-mask rallies, and on January 30 stood with parents protesting the Old Bridge School District’s refusal to allow in-person learning until February 22.

When president of Old Bridge’s Board of Education Jill DeCaro entered the race, Insider NJ reported Razzoli was eager to debate her about her reasoning for declining to re-open schools sooner.

“The elections are not in the control of the council,” Razzoli wrote in a statement to the New Brunswick Today. “The agencies involved with overseeing the elections should ensure that each and every legal vote was counted and make sure that voters have their choice of voting – whether it be early, by mail or in-person on election day and ensure integrity of the voter rolls.”

DeCaro filed an appeal and a motion to stay McCloskey’s order, but an Appeals Court upheld McCloskey, and the New Jersey Supreme Court refused to hear the appeal.

The disputed seat will remain empty until the new election clarifies the winner.

“I fought for election integrity and made sure every valid voter in my ward had a chance to be heard unlike my opponent who tried to cancel the special election. Voters should realize I will always fight to make sure no one is disenfranchised,” Razzoli stated.

In a recent interview with the New Brunswick Today, DeCaro expressed an interest in finding out how the error occurred.

If elected, she plans on contacting the members of the board of elections and “being more involved on a county and state level” to bring transparency to the redistricting process to reduce future mistakes.

“It should be public knowledge,” she said.

Both candidates encourage registered voters who did not participate in the last election to show up at the polls for the do-over.

DeCaro said, “They’re getting another chance to have their voice heard, and that doesn’t always happen. We had a decent turnout for the governor’s election, but this is important because this is local to them. The results of this election will directly affect them, the residents of Ward 4. This is, in effect, more important than a larger race.”

Razzoli points to Old Bridge’s accredited senior center and 0% tax increase during his time in office as proof of his competence.

He pledges to continue his commitments to stabilizing the town’s taxes and supporting its senior citizens with steps like restoring the Homestead Rebate Benefit and Senior Freeze program, which would provide tax relief to over 650,000 residents.

He has repeatedly affirmed interests in investing in the township’s infrastructure and strengthening public safety.

When asked what core values voters should consider as they cast their votes, Razzoli stated, “They need to be aware of the fact that I am a fighter for Old Bridge’s residents and I will always vote to keep Old Bridge safe and prosperous.”

DeCaro has participated heavily in Old Bridge’s school system before running for office.

She has also worked as a teacher at St. Ambrose’s Parish School of Religion and as a real estate salesperson at Gualtieri Group Real Estate.

DeCaro criticized her opponent throughout her campaign, citing Razzoli’s three candidacy attempts for higher office within his first term as unprofessional and disagrees with his stance on COVID-19 restrictions.

If elected, DeCaro plans to combat overdevelopment and protect open space for recreation and agriculture.

Most of all, DeCaro wants to bridge political divisions and unify the council for the sake of all residents. Insider NJ quoted DeCaro, “We need to work together for the good of Old Bridge’s residents rather than dividing based on what we disagree on. It does not matter whether you hold Republican or Democrat views in national politics, as the needs of Old Bridge are unique to the local level.”

“When people show you who they are, believe them,” said DeCaro. “I’ve been a volunteer for over 20 years in this township. I have integrity. People who know me know that I have integrity. You won’t really find anyone who says differently.” 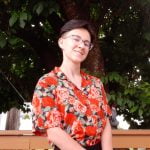