NEW BRUNSWICK, NJ—The Hidden Gems Literary Emporium, which drew hundreds of patrons to its outdoor grand opening in June on Morris Street, is back with its second free community event on July 11 from 1-5 p.m.

The event, called “Stand for Truth through Music & Arts,” will be held inside the 55 Morris Street space it shares with Above Art Studios, between Livingston Avenue and George Street.

As with the grand opening on June 6, this event will also feature a collection of performances and arts presentations curated by proprietors Kaila Boulware Sykes and Raymond Sykes.

Poets, singers, a spoken word performer, a violinist and a 12-year-old pianist will be among the featured acts. Hidden Gems’ mission with this event is “to engage the community in a conversation about addressing prejudice on an individual level through the love and overstanding of each other’s differences.”

It also ties into their following event, a 1,000 free books tour scheduled from July 18-24 during which the couple and their one-year-old son Truth will return to North Carolina to address the legal fallout from a December 3 incident with police there that left Sykes injured and charged, and led to the couple being separated from their baby for weeks.

“When we were going through that situation in North Carolina, we made a promise to each other, to our Father in Heaven and to our son, that we would not allow hate, prejudice or malice to affect the way that we love people,” Boulware said.

“We do feel as though we need to return hate with love. So we’re going back down there to address this matter in court. We’re confident that the truth will be shown and we’re really humbled and grateful and thankful to all the people that have supported us.”

Boulware, who wrote for this newspaper from 2014 to 2015, and Sykes are both Rutgers graduates, and launched the Hidden Gems Literary Emporium in June with two key objectives: distribute free books throughout the community, and promote literacy training and youth programs.

About six weeks in, Boulware says that all of their goals are being met thus far “and we’re really excited about it.”

“You know, I’m all of 90 pounds,” Boulware said. “My husband is 6 foot 2, so he does a lot of the work. But now it feels like I can carry at least my own body weight in books. This venture has made us both very physically strong.”

Truth, their son, is ever present in Hidden Gems and also helps out where he can, pushing boxes around and greeting people that come in.

“We tell people, children grow based off of the foundation that you give them,” Boulware said. One of the first things they gave Truth was a book, and his grandmother, a photographer, likes to treat him with new cameras. “We just want to give him a good foundation,” Boulware said.

Boulware sees Hidden Gems as a place for kids to come hang out after school, to read books, do homework and ask questions, from Rutgers students on down to high school and middle school. She and her husband share their support and resources unconditionally.

“Maybe there’s a scholarship they want to apply for but they need help,” Boulware said. “There’s a lot of things that we want to do with the kids just to help them and empower them, and to provide as many free resources as possible. And because we are parents, and we see the things going on in this world and things that all parents worry about their kid getting into. We want this to be a place where kids can go.”

The books are the main thing, and all the books at the Emporium are received as donations. They have a storage unit full of donated books, and they’re already looking to expand their spaces, perhaps before the end of 2021. While hardcover books are sold for $10 and softcovers for $5, the donation aspect swings both ways.

“Raymond and I have a saying: we don’t want dollars, we want change. We aren’t in this for money or profit,” she said. There’s still a profit arm to the business, but the objective is only to stay open and function, and to keep the flow of books going into the community.

“Our primary focus is to give back whatever we get, and so we’re looking forward to any opportunity where we can do that,” she said.

This is not the only community-service oriented aspect of Kaila and Raymond’s lives. They volunteer for Tree House Cares, an organization that presents free community events and provides free groceries and necessities, resources for homelessness and educational supplies for youth.

The couple will pass out home-cooked food themselves in downtown Lakewood, near where they live. And for the past three years they’ve participated in the grocery store Trader Joe’s food donation program. Their day of the week is Sunday, where they pick up “literally thousands of pounds of food” to distribute.

“Every Sunday, New Brunswick residents can come to the community garden on Jones Avenue and they can pretty much get whatever they need,” Boulware said. The couple also owns their photography and filmmaking company 2 Olive Trees Studio, which specializes in family-centered photography and events.

Some of the couple’s upcoming journey back to North Carolina will be shared on their social media pages to keep people updated, and will also be made into a short film upon their return. They plan to stop in several locations between New Brunswick and Atlanta to donate books along the way, to raise awareness of their mission and to speak with community members.

“We’re just looking forward to spreading joy and smiles,” Boulware said. Theirs is a professional network that arrived in force for Hidden Gems Literary Emporium’s grand opening. “I was in tears, of course of joy, from just seeing the amount of people that came out and supported us,”

“It was so amazing to see people of every demographic in one space, just smiling and laughing at all the books. Young, old, in-between, all colors, all races, all religions. Everybody was represented, and that was the most important thing to see for Ray and I.”

Sykes is the one who came up with the name for Hidden Gems Literary Emporium. He and Boulware study etymology, where words come from, and how the meaning of words have changed over time.

“Sometimes when you use a word, because we’re not taught to study these things, we don’t know what the root of the word really is and what that word really means, so we could be misspeaking, unbeknownst to us,” she said.

“So I looked into the word ‘emporium’ and what it meant,” he said. “The word emperor is kind of inside that, because the emperor issues edicts to conduct trade with other lands. So we wanted that word and we want to say we’re not just trading stuff and trading books, we’re trading literacy.”

“We believe that music, art and literacy are the three universal love languages,” Boulware said. “We can all agree on those three things. It was proven at the grand opening.”

Another concept the couple explores is that of “overstanding” versus “understanding,” as in Sunday’s event description: “addressing prejudice on an individual level through the love and overstanding of each other’s differences.”

“It is my understanding that ‘understand’ is more of a command,” Sykes said. “It’s, ‘Hey I have said this, do you stand under my comment?’ And there is no retort to understanding something. It is just ‘I command you to know what I just said.’

The hope is that community events like this will raise awareness toward Hidden Gems’ literacy initiatives. The exchange of books – donated in, donated out, or sold at accessible prices – is the other key to that goal.

One recurring book event planned by Hidden Gems is “Dollar Daze,” typically on Sundays from 4-8 p.m. With a $4 Dollar Daze ticket, book prices are cut to $1 for softcovers and $5 for hardcovers. A ticket plus eleven softcover books would cost only $15.

As book lovers, Boulware and Sykes know how expensive corporate bookstores can be. Now, she says, imagine going to a bookstore where if you have $50, you can leave with an entire shelf of books.

“Our primary goal is to put books in the hands of people,” Boulware said. 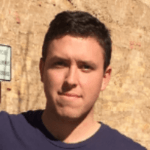