NEW BRUNSWICK, NJ— President Jonathan Holloway announced that at least least four signs will be erected on campus dedicated to the Black people that were enslaved by the school’s wealthy supporters and leaders.

Holloway, the first Black president at Rutgers, said, “[Rutgers’ history] is troubling, there is no doubt about it. History is often troubling, but I think mature institutions… can handle telling stories about our past.”

There will be a sign outside of Hardenbergh Hall, which was built in 1956 and named for Jacob Rutsen Hardenbergh, who profited from the enslavement of black people.

Hardenbergh was a founder of Queens College (later renamed Rutgers college), and appointed its first president.

While all the names of the enslaved people who came in and out of Hardenbergh’s parsonage over the years are unknown, his family owned many slaves, including the renowned abolitionist Sojourner Truth and her parents, Bomefree and Mau-Mau Bett.

This marker will honor Sojourner Truth, Bomefree, and Mau-Mau Bett, and the other women, men, and children enslaved by the Hardenbergh Family.

A second sign will be erected outside of Frelinghuysen Hall, the dorm built in 1956 that was named after Theodorus Jacobus Frelinghuysen, a Dutch Reformed Church theologian who also enslaved Black people.

Although most names of those the Frelinghuysen family enslaved are unknown, Ukawsaw Gronniosaw’s experience in bondage was documented in his 1772 world-renowned autobiography.

In this work, Gronniosaw describes how he was captured in West Africa, forcibly brought to New York, and enslaved by Frelinghuysen in his Raritan Valley home.  This particular marker honors Ukawsaw Gronniosaw and all the women, men, and children enslaved by the Frelinghuysen family.

There will be a third sign on Livingston Campus, the New Brunswick campus named after William Livingston, the first governor of the state of New Jersey, whose family made a fortune in the transatlantic slave trade.

A fourth sign will be erected on Cook Douglass campus at the Wood Lawn Mansion, a house built in 1830 for Colonel James Neilson, an early Rutgers trustee who profited from enslaving black people.

This marker honors Tony, Prince, Teunis, Elizabeth, Flora and her daughters Phillis and Ann, and the Harris family which included Ambo, her husband Mark, and their children Clara, Ann, Eliza, and Mark Jr. who were all enslaved by the Neilson family.

Rutgers University Professor Deborah Gray White said in closing remarks, “Rutgers campus is not adorned with statues of confed generals, but its statues [and] buildings venerate men whose wealth was built on the sale of black people and their free labor.

The faculty and curriculum at Rutgers taught ideas of black inferiority through the 18th, 19th, and 20th century. This is an acknowledgement of Rutgers’ past which is meant to strengthen it as it goes forth.”

She also proudly announced Volume 3 of Scarlet and Black, an academic project exploring the African-American and Native American experience at Rutgers, which came out in late March.  It is titled “Making Black Lives Matter at Rutgers 1945-2020.” 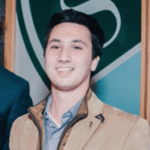