FRANKLIN, NJ–Assemblyman Joseph Danielsen landed another government job at a local public agency earlier last year, after the Franklin Township Sewerage Authority (FTSA) board hired him to positions that pay Danielsen an additional $87,327 per year in salary.

Danielsen’s official profile on the New Jersey Legislature’s website does not list his 65-hour per week job as Interim Executive Director and Special Project Manager of the FTSA, which holds monthly public meetings that are not well attended.

Multiple requests for comment about the status of the position and Danielsen’s interim role have gone unanswered by authority officials, including a former aide to Danielsen who recently became the board’s Chairwoman.

With the exception of the authority’s website and one local news story online about a sewer line breakage, his interim role has no digital footprint. The job is not mentioned on his Facebook, LinkedIn, Ballotpedia or Wikipedia pages.

“We typically don’t chase down those sort of personal things for any legislator,” said Michael Combs, a supervisor in the New Jersey Legislative Information and Bill Room of the Office of Legislative Services, about Danielsen’s occupation not being up-to-date on the website.

“Unless it is in the legislative realm, like a certain committee they are serving on, that information would typically come from their staff. We take our direction from them,” he added. “I’m sure a lot of those things fall through the crack though.”

Danielsen, a lifetime Franklin Township resident, founded his own technology consulting firm, Network Blade LLC, in 2004, according to his LinkedIn page, but that is the only job listed under “occupation” in his public lawmaker profile.

It is not immediately clear whether a search for a permanent executive director is ongoing, although a hiring freeze had been initiated back in June because of the financial and budgetary impact of the COVID-19 pandemic.

He readily revealed the total public compensation of all top authority employees and board commissioners, including his own.

Danielsen is compensated $91,779, including benefits, for his role at the authority. In total, he makes $140,779 from public entities, of which the only other is the New Jersey General Assembly.

His budget report noted he dedicates about 65 hours per week to his job at the authority, and 25 hours per week as an assemblyman. What is not included is whatever time is spent running his own private business, which was still listed as a “source of income, earned and unearned, which [he] received in excess of $2,000,” on a financial disclosure statement filed in 2021.

He had been serving as an information technology (IT) consultant for the sewerage authority at least since 2019, according to meeting minutes and videos online.

“The authority is managed by the executive director who is responsible for the authority’s day to day operation under the direction of the board of commissioners appointed by the township mayor and consul,” the authority’s website states.

Neither board Chairwoman Bryana DeVeaux, a policy analyst for the New Jersey General Assembly, nor Vice Chairman Sivaraman “Ram” Anbarasan, a Franklin Township Councilman, responded to multiple requests for comment about the status of the position, even after New Brunswick Today publicly requested time to speak with one of them at latest virtual meeting on May 4.

DeVeaux responded that they would be in touch off-line, but neither have reached out.

DeVeaux, who also is a former legislative aide in the 17th Legislative District that has been represented by Danielsen since 2014, is fairly new to the role of Chair, after having been elevated from Vice Chair by her colleagues at the beginning of the year when her predecessor, William Galtieri, moved out of the area.

When reached on his cell phone April 30, Danielsen asked that questions be sent over email about his position, but he did note during the call that he is like a “one man show” at the authority, acting as its Chief Financial Officer, Chief Operating Officer, Project Manager, and IT consultant.

One of the questions posed in the email pertained to how exactly he manages to have time to fulfill all of the responsibilities of his three jobs. Those questions have gone unanswered for over two weeks, and subsequent calls to that same cell phone number rang, but did not offer the opportunity to leave a voicemail.

Danielsen’s chief of staff Wayne Dibofsky did not respond to requests for comment at the office for Legislative District 17, which includes Franklin, New Brunswick, Milltown, North Brunswick, and Piscataway. 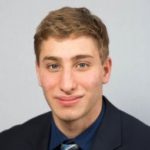