NEW BRUNSWICK, NJ–A man was arrested on January 17 at 12:50 p.m. in the area of George Street and Hassart Street after attempting to carjack an Amazon delivery truck, according to local police.

The 39-year-old suspect, Mohamed Kanu, is a resident of the Franklin Township located in Somerset County.

The victim, identified as a 57-year-old male from Union Township, was exiting the targeted Amazon delivery truck when he was punched by Kanu, according to New Brunswick Police Department (NBPD) Deputy Director JT Miller.

Kanu entered the delivery truck through the unlocked driver’s side door, according to police, and then attempted to drive the vehicle away from the scene of the crime.

However, the vehicle “was equipped with an anti-theft device that prohibited the suspect from driving the vehicle,” according to Miller.

Investigating officers who had arrived at the scene apprehended Kanu. He was subsequently charged with attempted carjacking and simple assault.

Kanu is currently being held at the Middlesex County Jail pending a trial on the charges against him.

This was one of several criminal incidents in this area during the month of January.

According to the NBPD, on the evening of January 2, a shooting injured two people near the intersection of Remsen Avenue and Hope Manor Drive, just two blocks away from the scene of the carjacking attempt.

On January 12, a “burglary by entering a motor vehicle” was reported in this area of George Street, according to the NBPD’s crime mapping tool.

The tool shows a January 10 simple assault on George Street, but not the January 17 incident involving Kanu. 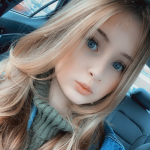