By: Haley Cafarella
In: Arts & Culture

The two organizations have teamed up to create five murals in the French Street area over the last four years.

“We actually had a virtual event to dedicate our two newest murals, which were installed in November outside Kim’s Bike Shop… and Costa Chica Restaurant,” said Charles Bergman, director of the Esperanza Neighborhood Project for New Brunswick Tomorrow.

“Latido del Corazón de la Ciudad,” which translates to “Heartbeat of the City” was painted by Leon Rainbow and appears on the side of the bike shop at the corner of French and Prospect Streets.

The other recently-unveiled artwork is called “Heroes Entre Nosotros,” which translate to “Heroes Among Us.” It appears on the front of 314 Handy Street, near the railroad tracks, and it was created by Duda Penteado with help from local kids

“The murals are well received by the community,” Bergman said. “It gives them a sense of cultural identity, beauty and joy.”

Due to the COVID-19 pandemic, the organizations behind the artwork have chosen to forego in-person unveilings and present the murals virtually.

“Not being able to do all of that is disappointing, but we are proud of that despite all the restrictions and difficulties that community members really rallied around these projects,” he said.

The January 13 event was broadcast on Facebook in English and Spanish.

An unmistakable part of the French Street neighborhood’s culture is the large mural at the corner of Jersey Avenue and Handy Street.

Unveiled in August 2018, “Una Gota Rompe La Piedra” or “A Drop Breaks the Stone,”  tells the story of the neighborhood’s migrant community and shows the beauty of their culture. The artist behind it is Lenny Correa, also known as “Lunar New Year.”

The mural is painted on the side of a bar and liquor store that recently changed names and owners. But the new owners obstructed part of the mural with beer advertisements.

Bergman was notified of the obstruction and worked quickly to get it resolved, as he doesn’t have an established relationship with the new owner.

“We spoke with the City Planning Department, and they confirmed that the bar did not obtain proper permits and that the signs are not code-compliant,” he said.

The bar had until January 18 to remove the signs, but the posters were still up on the 18th.

According to the city’s Planning Department, the restaurant received a violation and removed the posters the next day.

“Murals tend to demand respect from community members and business owners. We can’t put up any murals without the property owner’s permission,” Bergman said.

He plans to form a cordial relationship with the business owner moving forward, to ensure this doesn’t happen again.

“We’re going to explain to them why they should treat the mural like a community asset,” he said.

The murals a great source of pride and identity for the neighborhood, according to one of the organizations that helped make them possible.

“New Brunswick is a city of immigrants. It always has been and always will be,” said Dan Swern, coLAB Arts’ producing director.

He hopes that the city of New Brunswick continues to invest in artists and their work, through access to jobs and other resources.

“We have to invest in people, not buildings,” Swern said.

The French Street area is not the only neighborhood getting new public art.

coLAB Arts has scheduled another virtual unveiling on January 29, where they will promote a new mural that pays homage to local leader Alice Archibald Jennings, located inside the park named for her on Wright Place.

The latest creation was the product of New Brunswick-born mural artist RH Doaz, and is based on “community conversations… with Mount Zion AME Church and New Brunswick Area NAACP, and interviews with Mrs. Archibald’s family members,” according to coLAB Arts.

Later this year, another mural project will be undertaken in conjunction with the renovation of War Memorial Park, which the Esperanza Neighborhood Project and its members advocated for.

“We pushed for public art to be part of that design,” Bergman said.

As part of the new design and renovation, the city will seasonally close part of Baldwin Street, which borders the park, and the mural will be painted on Baldwin Street’s pavement. 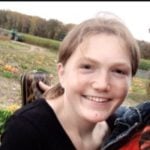 Haley is a contributor at New Brunswick Today and The Buttonwood Tree. She is a Rutgers University journalism graduate. Other publications she has written for are The Trenton Monitor and Quo Vadis, Middlesex County College's student newspaper.