EDISON, NJ—The treasurer of Middlesex County College’s Board of Trustees still has the backing of Governor Phil Murphy despite reports linking the man’s company to a state probe of pay-to-play in public sector health insurance contracts.

And thanks to Murphy, he will soon be serving in another important role in the government: drawing the district boundaries that will be used for the next decade of state legislative elections.

Gary Taffet, an East Brunswick resident who has served as an MCC trustee since 2017, is a division president for Acrisure, the Michigan-based insurance broker that partners with many New Jersey governments.

Taffet is also a big-money Democratic political donor with a troubling past.

No stranger to the public spotlight, Taffet once served as Chief of Staff to former Governor Jim McGreevey until a scandal forced him out of government.

In 2005, Taffet paid $725,000 in fines, restitution and interest to settle insider trading allegations investigated by the US Securities and Exchange Commission (SEC).

But that didn’t stop Middlesex County officials from appointing Taffet to the County College Board in 2017, part of a pattern of highly politicized appointments to the educational institution’s governing body.

The state Attorney General’s Office is now investigating the City of Plainfield’s employee health brokerage contract and the timing of certain political donations, according to a report by Northjersey.com’s Terrance McDonald.

Taffet founded Reliance in 2006. It became an Acrisure subsidiary seven years later. Reliance has held the Plainfield contract since at least 2015.

The media reports did not detail  how many brokerage contracts statewide the attorney general is scrutinizing. Bergen County’s contract, which is handled by a different Acrisure subsidiary, is another being probed.

Election Law Enforcement Commission (ELEC) filings show that Taffet and his wife, Cynthia made six donations combined to Plainfield campaigns from 2009-2019 totaling $4,100, with three of those going to the city’s Mayor, Adrian Mapp.

ELEC filings reviewed by New Brunswick Today found five additional contributions to Mapp totaling $5,300 between 2017-19 from another donor who listed either Acrisure or Reliance as his employer.

County officials have scrambled for answers when asked about Taffet by New Brunswick Today at recent meetings.

At the December 3 meeting of the Board of Chosen Freeholders (since renamed the Board of County Commissioners), Director Ron Rios said he was not aware of the current investigation.

Rios said he had learned of the SEC matter “a long time ago,” but did not consider that a disqualifier to naming Taffet an MCC trustee.

“I find him to be an individual that is very civic-minded and I think he’s a good asset to the Board of Trustees for the college,” Rios said.

Between 2009 and 2018, Rios’ campaigns received three donations totaling $3,750 from the Taffets. Campaign finance records show Taffet and his wife have contributed a combined total of nearly $13,000 to the campaigns of other Commissioners.

Questioned at the same meeting, County Administrator John Pulomena acknowledged Acrisure has an “affiliation” with a firm used by the county, but said, “I do not see any conflict of interest, whatsoever.”

“The company we do business with is North American Insurance,” added County Counsel Thomas Kelso, naming the company based in Chadds Ford, Pennsylvania.

But, as it turns out, Taffet’s firm and North American Insurance Management Corp. (NAIMC) are both wholly-owned subsidiaries of Acrisure.

Employees of MCC and the county government itself, as well its two independent authorities, Board of Social Services, and Mosquito Commission are all provided health benefits through the Middlesex County Joint Health Insurance Fund, which contracts with North American.

NAIMC president Jay McManus said his firm has been owned by Acrisure since July 2013, right around the time they scored the huge Middlesex contract.

“It’s my understanding Mr. Taffet recuses himself from any voting on matters of insurance as it impacts the college,” McManus said at the insurance fund’s December 15 meeting.

The following day, MCC board members would not answer any questions about Acrisure, the current investigation, or whether the SEC penalty should have disqualified Taffet from serving.

While county officials have been left to explain existing ties to Taffet and Acrisure, at least one municipality is poised to bring the firm on board. The Middlesex Borough Council is scheduled to hold its annual reorganization on Tuesday, Jan. 5. The agenda lists the hiring of Acrisure as risk management consultant for 2021. The town currently has no one serving in that position.

Taffet’s appointment to the redistricting commission came much to the chagrin of advocates for diversity, who were displeased to find four out of Murphy’s five appointments to the board were white, and none came from either of the state’s two fastest-growing ethnic groups: Latinos and Asians.

That commission will be charged with re-drawing the lines between the state’s forty legislative districts in the wake of the 2020 Census.

Murphy has defended the composition of the group from criticism about its lack of ethnic diversity, and his own Chief of Staff took to social media recently to defend Taffet’s inclusion in light of the investigation.

Questioned by New Brunswick Today at his December 28 press briefing, the Governor backed Taffet, declining to answer direct questions about whether or not he knew of Taffet’s SEC fine, or the ongoing pay-to-play investigation being conducted by his Attorney General.

“I’ve known Gary for 20 years,” said Murphy. “I have to say, and he’s a good man and a good friend and I’ll leave it at that. I think he and the rest of the appointees will do an outstanding job.”

Taffet and his wife have been prolific Democratic Party donors, contributing to candidates in northern New Jersey over those 20 years, especially in Middlesex County, according to ELEC filings.

ELEC’s web site details about $229,000 in donations from one or both of the Taffets, the vast majority going to Democratic campaigns. About $6,000 of the total was contributed in non-partisan elections.

The campaigns of former Assemblymen John S. Wisniewski and the late Jerry Green were regular recipients of the Taffets’ political largesse.

The State Democratic Party received $13,000 and the Middlesex County Democratic Organization $4,000 from the Taffets. 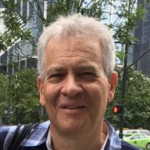