BRIDGEWATER, NJ—Young New York Yankees prospects as well as major leaguers working their way back from injuries could be playing baseball nearby as soon as next year if the COVID-19 pandemic cooperates.

What had been rumored for months became reality on November 7, as the Yankees announced they are shifting their Double-A minor league affiliation from Trenton to the Bridgewater-based Somerset Patriots.

The move comes as Major League Baseball conducts a widespread reorganization of its minor leagues.

The Patriots have played in Somerset County-owned TD Bank Ballpark since 1999 but had been part of the independent Atlantic League, whose teams are not affiliated with major league organizations.

That all changed with the announcement, which was met with excitement by area baseball fans. Season ticket inquiries poured into the Patriots’ offices in the following days.

“This is a dream come true for everyone in the Somerset Patriots family,”  said Steve Kalafer, the team’s owner and chairman emeritus. Kalafer is also a board member at Robert Wood Johnson University Hospital, with campuses in nearby Somerville and New Brunswick.

“I’ve always looked at the Yankees as the gold standard in baseball and sports as a whole. It is how we’ve modeled the way we’ve conducted our business at the Somerset Patriots since day one.”

Kalafer and other Patriots officials were joined by Yankees legends Joe Torre, Sparky Lyle and Willie Randolph at a ballpark ceremony on November 10.

If the state’s coronavirus restrictions are lifted, Yankee fans might begin filling the Patriots’ Bridgewater ballpark as soon as next spring to get a glimpse of future stars.

Like a ball game, where there’s a winner, there’s also a loser.

The Trenton Thunder’s 18-year working relationship with the Yankees has ended. Minor league baseball, however, isn’t gone completely from the Garden State capital.

Starting in 2021, the Thunder franchise will be part of the MLB Draft League, a short-season showcase for high school, college and junior college players.

While the Draft League will keep professional baseball alive in Trenton, it does not figure to generate the buzz of the nearly two-decade arrangement with one of the world’s most recognizable sports teams.

On their way out the door in Trenton, the Yankees were ripped by Thunder owner Joseph Plumeri.

The day after the exit announcement, Plumeri asserted the Bronx Bombers had socio-economic motives. He said the Yankees have “made the calculated and ungracious maneuver to leave the urban setting of  Trenton for the affluent confines of Bridgewater Township.”

“Despite repeated assurances that the Thunder would remain its Double-A affiliate over the last 16 months, the Yankees betrayed their partnership at the 11th hour.,” Plumeri said.

“By doing so, the Yankees have misled and abandoned the Thunder and the taxpayers of Mercer County, who have invested millions of dollars over the years to ensure that Arm & Hammer Park remains one of the premier ballparks in America.”

“While this community built the Yankees organization up and set minor league baseball attendance records, it seems the Yankees were only focused on trying to cut culturally diverse Trenton down in favor of a wealthy, higher socioeconomic area in Somerset.”

The Yankees explained their departure differently. The team claimed TD Bank Ballpark was seen as a more appropriate facility to house their prospects than Trenton’s Arm & Hammer Ballpark.

The Trenton park has been cited as one of the top minor league facilities of its size in the country, but Yankees officials reportedly had concerns about the field conditions.

Governor Phil Murphy, who lauded the Draft League’s inclusion of Trenton, was unsuccessful in attempting to intercede in the Yankees’ departure, according to press reports.

Unlike other New Jersey minor league franchises that have floundered in Atlantic City, Camden and Newark during the past 15 years, the Bridgewater-based Patriots have been a consistent financial success.

The Patriots have drawn more than 7.5 million fans, averaging more than 360,000 per season, since starting play in Bridgewater.

They have also paid more than $21 million to Somerset County for their use of the ballpark during that time. The team’s lease with the county runs through 2032.

The affiliation agreement with the Yankees is set to last for ten years with an option to renew.

It remains to be seen what the new Patriots-Yankees working arrangement might mean for a redevelopment proposal floated for property owned by the Somerset County Improvement Authority (SCIA) and located to the west of TD Bank Ballpark.

The land is currently used for parking and stretches to the nearby Adult Day Center of Somerset County.

In late 2018, the SCIA asked Bridgewater officials to study the possible redevelopment of the land with the resulting revenue funding future upgrades and maintenance of TD Bank Ballpark.

Reports surfaced of an informal proposal including 200 to 400 residential apartments.

Bridgewater Township Council Vice President Filipe Pedroso, who has expressed concerns about the apartment concept, said there’s been no movement on it. “Nothing has happened on this up to now,” said Pedroso, “at least on the township level.”

SCIA Chairman Michael Amorosa did not return an email from New Brunswick Today asking about the matter.

“The proposal is still under review to see how it can enhance the ballpark property,” said Patriots’ Vice President of Public Relations Marc Russinoff, “which is always our main goal with any proposal for the site.” 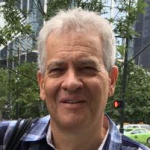