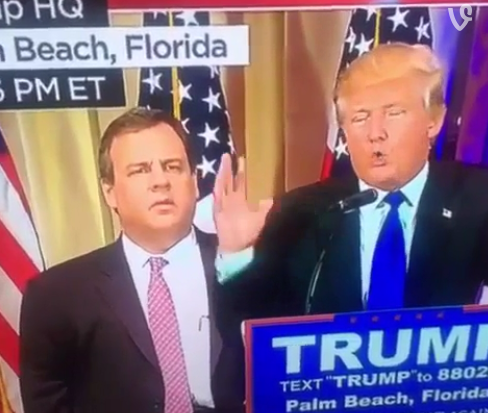 Trump and Christie Infected, May Have Spread Virus in NJ

BEDMINSTER, NJ—The President of the United States appears to have contracted the dreaded coronavirus and brought it with him to New Jersey.

President Donald Trump and the state’s former Governor Chris Christie tested positive for the disease, among others who run in the same circles.

The first signs Trump might have COVID-19, the disease caused by the virus, came on September 30, an evening when he hosted an event with over 200 people at his golf club in Somerset County.

Trump, who was impeached in 2019–but not removed from office–was taken to a military medical facility in Maryland on October 1, while Christie checked into Morristown Medical Center on October 2.

Christie indicated his decision to go to the hospital was “as a precautionary measure,” due to his being diagnosed with asthma.

Many people were discharged or otherwise denied care during the early days of the pandemic, including healthcare workers.

“As I watch politicians be admitted as VIPs to hospitals with mild symptoms I cannot forget how many of my fellow nurses and healthcare colleagues who had Covid were refused not only testing, but admission until they were seriously ill,” posted the Twitter account of NJ Safe Ratios, a campaign for a state law mandating safe ratios of staff to patients in healthcare facilities.

Trump’s handling of the pandemic has been widely criticized and is considered to be a major vulnerability as he seeks election to a second term.

Even before the virus reached pandemic status in March, Trump was politicizing the situation and downplaying health concerns, pushing back on precautions, and instead advocating for swift “re-opening” of the country.

Christie, a lobbyist for the healthcare system that runs the hospital where he is staying, argued in a May television interview for accelerating the re-opening with language some found to be callous, advocating that we “allow that there are going to be deaths… no matter what.”

Asked if the nation will accept 3,000 deaths per day from the virus, Christie responded: “They’re gonna have to.”

Meanwhile, Trump is accused of failing to reveal his own diagnosis in a timely fashion, the same day that he attended the event with at least 206 people. He apparently did an interview after receiving his first positive test where he did not acknowledge or mention it.

“As the virus spread among the people closest to him, Mr. Trump also asked one adviser not to disclose results of their own positive test,” reported the Wall Street Journal, adding someone told them Trump directed one infected person on his team, “Don’t tell anyone.”

It’s unclear who gave the virus to whom, but Christie and Trump spent significant time together indoors without protective facemasks, as Christie helped Trump prepare to debate one of his opponents as he fights for re-election to the nation’s highest office.

Trump’s family and his chief of staff violated the rules of the debate by not wearing facemasks at the event. The President’s wife, Melania Trump, also tested positive for COVID-19, the disease caused by the coronavirus.

Both men were also present for an outdoor event to celebrate Trump’s nomination of Amy Coney Barrett to the US Supreme Court.

Not only was Christie there with the Trumps, but also a slew of others who came down with infections in the days that followed, including two US Senators: Thom Tillis and Mike Lee. A third Senator, Ron Johnson, also contracted COVID-19.

After the debate in Cleveland, Ohio, it was on to Minnesota, where Trump gave a speech outdoors and his close confidant Hope Hicks began showing symptoms of the virus.

Hicks was quietly “quarantined” to her own portion of Air Force One on the flight back to the nation’s capital. Then the Trump team decided to go ahead with the event in Bedminster on September 30, where Trump himself may have infected his donors and staff.

It’s unclear if Christie was at the Bedminster event, but at least 206 people were, according to a list provided by the Trump camp to health officials, who have been working to contact everyone that was in attendance.

Trump was also criticized for leaving the hospital on October 4 to wave to a crowd of supporters outside. He is thought to have a serious case, that included a fever. His treatment included oxygen and a steroid, and medical professionals agree he should not have left the hospital.

The President has also released a series of strange videos, and the White House has released staged photographs showing Trump “working” from his presidential suite at the hospital.