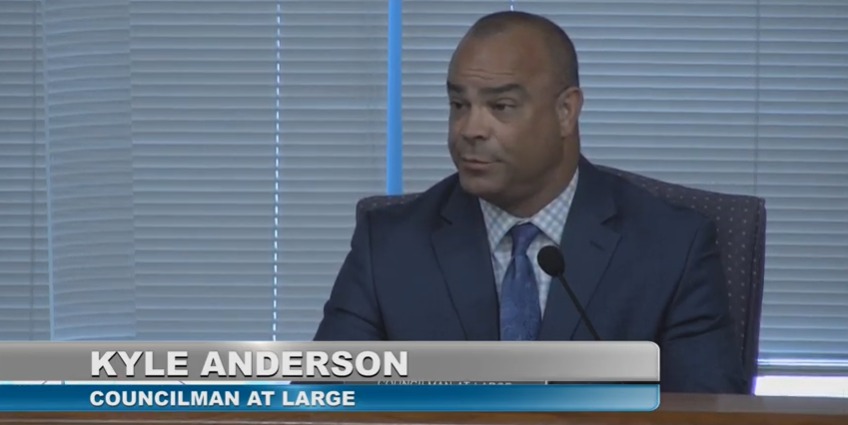 It appears Superintendent Kyle Anderson did not discuss this decision with any of the parents or students who stand to lose their neighborhood school.

On June 4, Anderson recommended the school be closed permanently, and that the district “dispose” of the land, a site where a private developer working with the state’s largest hospital chain badly wants to build on.

The decision calls for the school’s largely low-income, largely Latino student population to be displaced and forced to attend classes in a converted warehouse on Van Dyke Avenue for several years, until a replacement can be constructed.

Parents and this reporter tried to speak with Anderson about this issue around the time that the New Brunswick Board of Education (BOE) voted to move forward with the closure, in a vote that a Superior Court Judge has since found to be in violation of the state’s Open Public Meetings Act.

Anderson said his decisions “were based on the information supplied by the New Brunswick BOE.”

Asked if he spoke to any parents about the potential closure, he dodged: “I am not at liberty to share any private discussions that I may or may not have had.”

But at least one Lincoln Annex parent says she tried to get a hold of Anderson to no avail after it became clear New Brunswick’s school board was ready to sell the school.

“I was able to speak to his secretary and she said I should speak to another gentleman and he never returned my phone calls,” said Maria Juarez, one of several parents suing the BOE to stop the sale of the school.

“But he never called me back and I left 5 messages,” said Juarez.

“I tried calling other departments and [they] would refer me back to Mr. Anderson’s secretary.”

Hundreds of locals who have taken to the streets, protesting the moves to demolish the four-year-old public school.

Parents and other concerned residents have spoken out at government meetings for the past nine months, including New Brunswick’s BOE, City Council, and Planning Board, as well as the Middlesex County Freeholders, the county’s Improvement Authority, the NJ Schools Development Authority and the Rutgers Board of Governors.

Anderson’s decision also seems to have been influenced by bad information and a wild misinterpretation of a 2015 New Brunswick Today article.

That article described the New Brunswick BOE’s decision to purchase the vacant, abandoned Catholic school campus known as St. Peter’s. Taxpayers spent $22 million to acquire and renovate the building, and re-open it as a public school.

“In doing my background research regarding the Lincoln-Annex School I came across one of your articles. You seem to have had a change of heart because in 2015 you questioned the decision to purchase of St. Peter’s citing it was built in 1910,” Anderson wrote in a dodgy email response.

But Anderson had apparently confused two different schools with similar names: Lincoln Annex, which opened in 2016 in a renovated 60-year-old building, and Lincoln Elementary, which opened approximately 110 years ago six blocks away.

When it opened, the Annex was a welcome addition to the neighborhood, and the new facility came online at a time when New Brunswick’s overcrowded school district was seeing enrollment continue to grow.

But, after merging into the largest healthcare system in New Jersey, RWJBarnabas moved to take over the property, enlisting the notorious New Brunswick Development Corporation (DEVCO) to help acquire the land from the Board of Education to expand the Rutgers Cancer Institute of NJ.

The deal to close and sell Lincoln Annex was made over a year ago, behind closed doors. Hospital and public officials like Mayor Jim Cahill kept the plans a secret until New Brunswick Today exposed them, months before Cahill unveiled the planned closure in a closed event on February 4, 2020.

Closing a school requires approval from the state’s Department of Education, a process that Anderson was involved in, but his part is done.

“The decision now sits with the Department of Education Facilities Department and [will] go to the Interim Commissioner for signature,” said Anderson, who seems to stand by his decision to recommend closure.

On July 1, Interim Commissioner Kevin Dehmer took over for Murphy’s original Education Commissioner, Lamont Repollet, as he prepares to take a new job as President of Kean University.

Editor’s Note: The author of this article is a vocal opponent of the closure of the Lincoln Annex School, and helped expose the scheme in 2019.