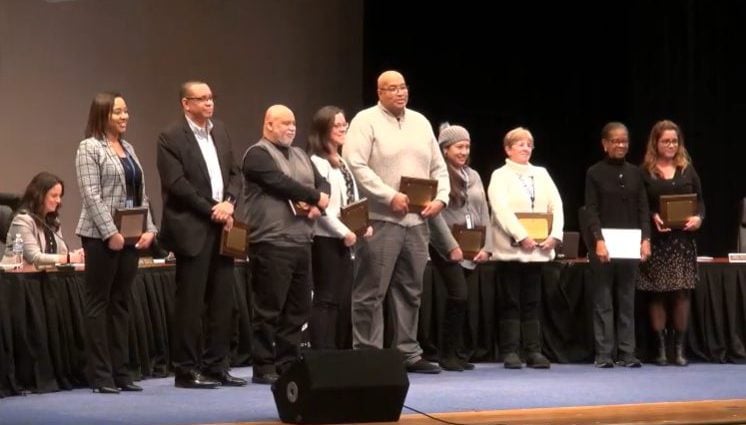 NEW BRUNSWICK, NJ—The New Brunswick Board of Education has changed its meeting schedule for the second time in five weeks, as community pressure and growing protests mount against them.

After a disastrous January meeting where the board was unwilling to promise the Lincoln Annex School would not close for good this summer, the board inexplicably delayed their most recent meeting by two weeks.

On February 25, as the crowd heckled them for cutting off public comment, the board retreated from the auditorium before voting to move forward with the closure of Lincoln Annex at the behest of a developer.

Board officials did not answer multiple inquiries from New Brunswick Today about why the date of the February meeting was changed.

But a spokesperson with Success Communication Group, the private public relations firm retained by the board, told TapInto New Brunswick something that doesn’t make much sense in light of recent events.

“A spokesman for the board said the meeting was pushed back as part of a broader need to align the district’s meeting calendar with the required timing for March’s budget hearing session (which is scheduled for March 24) and April’s meeting (which will be on April 28),” reported TapInto’s Chuck O’Donnell on January 31.

But the February 25 meeting included no mention of the district budget, and was held just hours after the Governor’s annual budget message, too soon to introduce a budget for the school district.

That night, the board’s agenda advertised the March 24 hearing on the budget, but did not advertise any public meetings sooner that that.

The February meeting devolved into chaos after the board, for the second month in a row, opted to limit the public comment portion of the meeting, effectively disenfranchising many of those who had hoped to speak.

Three days later, the board advertised it would hold another meeting to introduce the budget after all, scheduling the hearing for March 3 at 6pm in the NBHS auditorium at 1000 Somerset Street.

When asked about the inconsistency, Board of Ed Administrator Richard Jannarone initially had no comment when we confronted him about it.

“So why did the February meeting have to change?” asked this reporter.

“No comment,” said Jannarone as he walked away, before turning back to explain himself.

“We have regular business that we do all the time: paying bills, doing a lot of things. So the answer in [TapInto] actually was the correct answer and is the truth,” Jannarone added. “And I know that you like to write that everything we say is a lie, which is incorrect.”

The author of this article mentioned that the only reason we were asking in person was because he had not responded to multiple written inquiries.

“I’m not in the habit of giving responses,” admitted Jannarone, saying that “maybe” this reporter should reach out to the district’s Parsipanny-based public relations firm instead.

Under their new practices, members of the public must sign up to speak before a Board of Ed meeting starts. Those who wish to address the board can email Jannarone to sign up at [email protected].

Editor’s Note: The author of this article has been advocating against the sale or closure of the Lincoln Annex School since September.