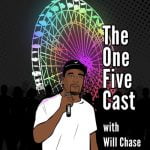 More by Will Chase