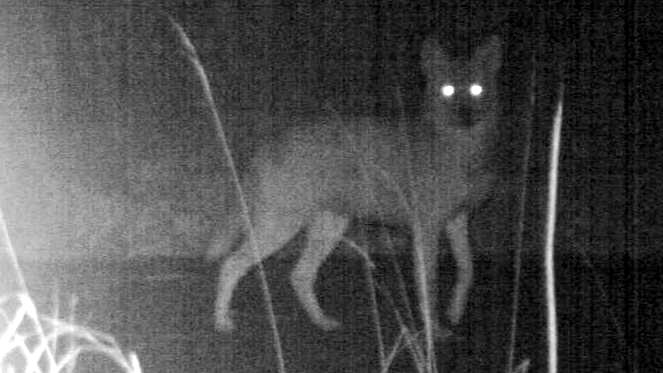 PISCATAWAY, NJ–The 360-acre ecological preserve at Rutgers University has been closed after a student was attacked by a coyote in the early morning hours of November 14.

The community was alerted to the Livingston campus incident in the afternoon, when the Rutgers University Police Department (RUPD) issued the first of two statements on the matter.

“The victim, who is affiliated, indicated he was walking on the footpath of Avenue E in the area of Hospital Road when the coyote ran out of the tree line and bit him,” reads the first alert.

The victim was hospitalized following the 4am incident, and RUPD says they have “increased patrols in the area and within the Preserve.”

“DO NOT ATTEMPT TO REMOVE OR DISTURB THE ANIMAL OR WILDLIFE!” reads the alert issued via the RUPD Facebook page.

“Tell others to vacate the area if a dangerous animal may still be nearby.
If approached by the animal, make yourself as big and loud as possible.
Do not turn your back on the animal.”

In a subsequent statement, RUPD said it was working with the state Division of Fish and Wildlife “to further investigate the report of an aggressive coyote in the area of the Rutgers Preserve on Livingston Campus.”

“Until further notice the Rutgers Preserve will be closed to all affiliated and non-affiliated individuals,” concludes the statement, issued at 8:02pm.

It’s unclear how access to the preserve, which occupies most of the land on the school’s Livingston campus, would be controlled or restricted, or for how long the closure might last.

Neither statement was issued on the department’s Nixle alert system.