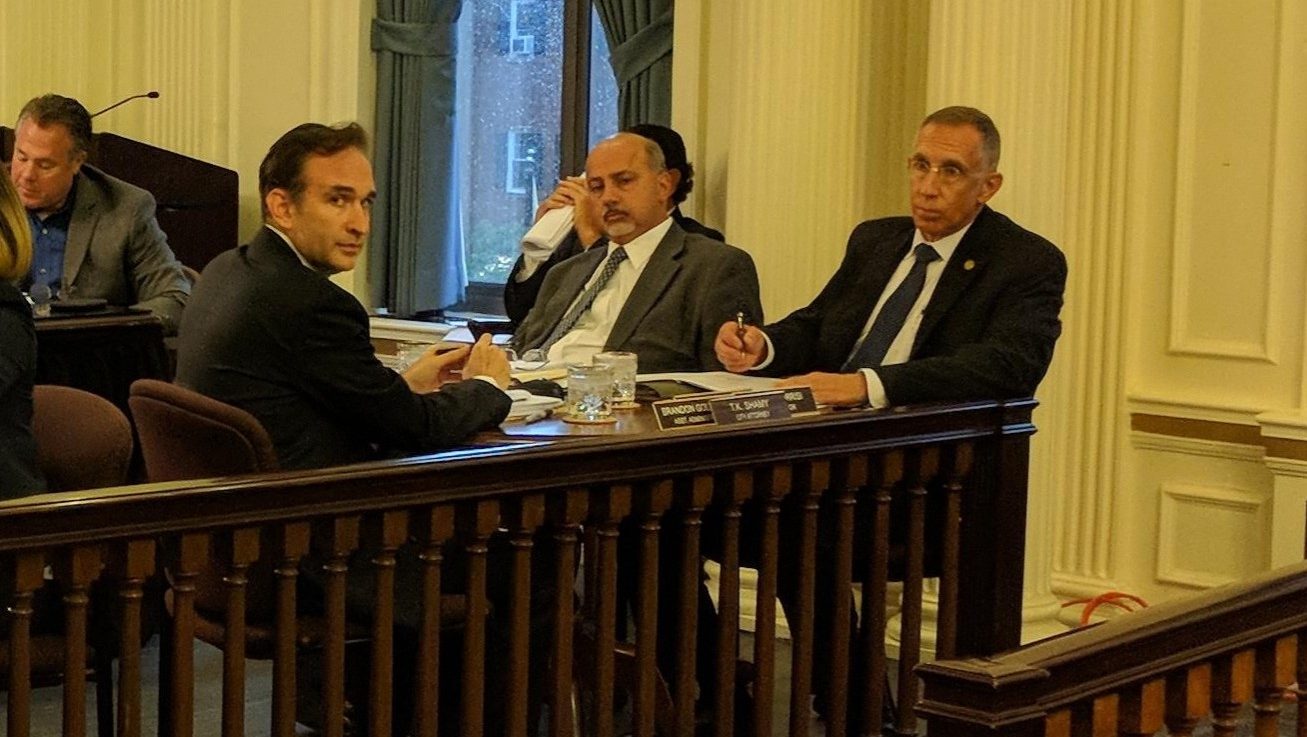 The 125 Highest-Paid New Brunswick City Employees Are All Men

NEW BRUNSWICK, NJ—The city government has paid more than 800 employees for their service this year, but the top 125 highest-paid officials were all men as of September 1.

Police brass and beat cops who like to work overtime or “extra duty” have dominated the list of big-earners so far this year, along with some of the Mayor’s closest allies.

The top-paid positions are overwhelmingly in the hands of men: City taxpayers have paid at least $50,000 each to seventeen female employees so far this year, while 235 men have collected at least that much since January 1.

In first place overall is Vincent Sabo, whose has raked in $155,767 since Mayor James Cahill began his eighth term by promoting Sabo to a newly-created position of Deputy Chief.

Many police have seen a boost to their paychecks by accepting overtime work with the department and “extra-duty” assignments that are paid for by private companies who hire police for traffic control, crowd control, and other security tasks.

But Sergeant Michael Debonis and officers Andrew Puccio and Nicholas Defalco each topped Goldeski in terms of total extra-duty pay, with Puccio collecting a whopping $46,088 just from the extra work.

On July 17, New Brunswick Today asked the City Council about the discrepancy in salaries between men and women in the city administration.

The elected City Council members largely deferred to one of the highest-paid officials, allowing Business Administrator Dan Torrisi to respond.

“Considering that our fire and police departments are personnel that are mostly men and most of the salaries that [New Brunswick Today is] referencing are police and fire, I think your analysis is somewhat skewed,” said Torrisi, who got a big pay bump when he was promoted from City Clerk to City Administrator by Mayor Cahill on January 1.

Indeed, police and fire personnel made up the vast majority of the highest paid officials, with 97 male police officers, 17 male fire officials, five Mayor-appointed male department heads, and Torrisi’s two assistants making up the early portion of the list.

While 82 men have already banked six figures from city taxpayers this year, no female employee has seen their pay exceed $90,000 yet, according to the records provided.

At #126 overall, New Brunswick Police Department (NBPD) Detective Erika DiMarcello is currently the highest-paid female in city government, with total earnings of $87,847 as of September 1.

Even excluding the overwhelmingly male police and fire departments, by far the two biggest sources of salaries, women still make up less than 25% of New Brunswick’s top-paid civilians in city government.

As the city’s Director of Social Services, Melanie Daniels-Ford has been paid $78,374, making her the highest-paid civilian woman in city government.

Daniels-Ford is also the only female member of Cahill’s cabinet.

Fire Director Robert Rawls sports the highest official salary in the entire government, but has only collected $133,503 so far, enough to put him tenth on the list.

Longtime Finance Director Douglas Petix collected $108,574 so far, while new Department of Public Works and Engineering Director Thomas Valenti collected $91,923 plus $736 in overtime, which is unusual for a department head.

Meanwhile, Anthony Caputo leads the police department, collecting $99,884 as of September 1, but he also collects a public pension. His wife, Donna Caputo, and sister Tina also on the list.

Below is every city employee paid $40,000 or more, as of September 1. Women are highlighted.

Editor’s Note: Additional City of New Brunswick payroll records are available on OPRAmachine.com, under our request titled “Basic Employee Information as of September 1, 2019.”