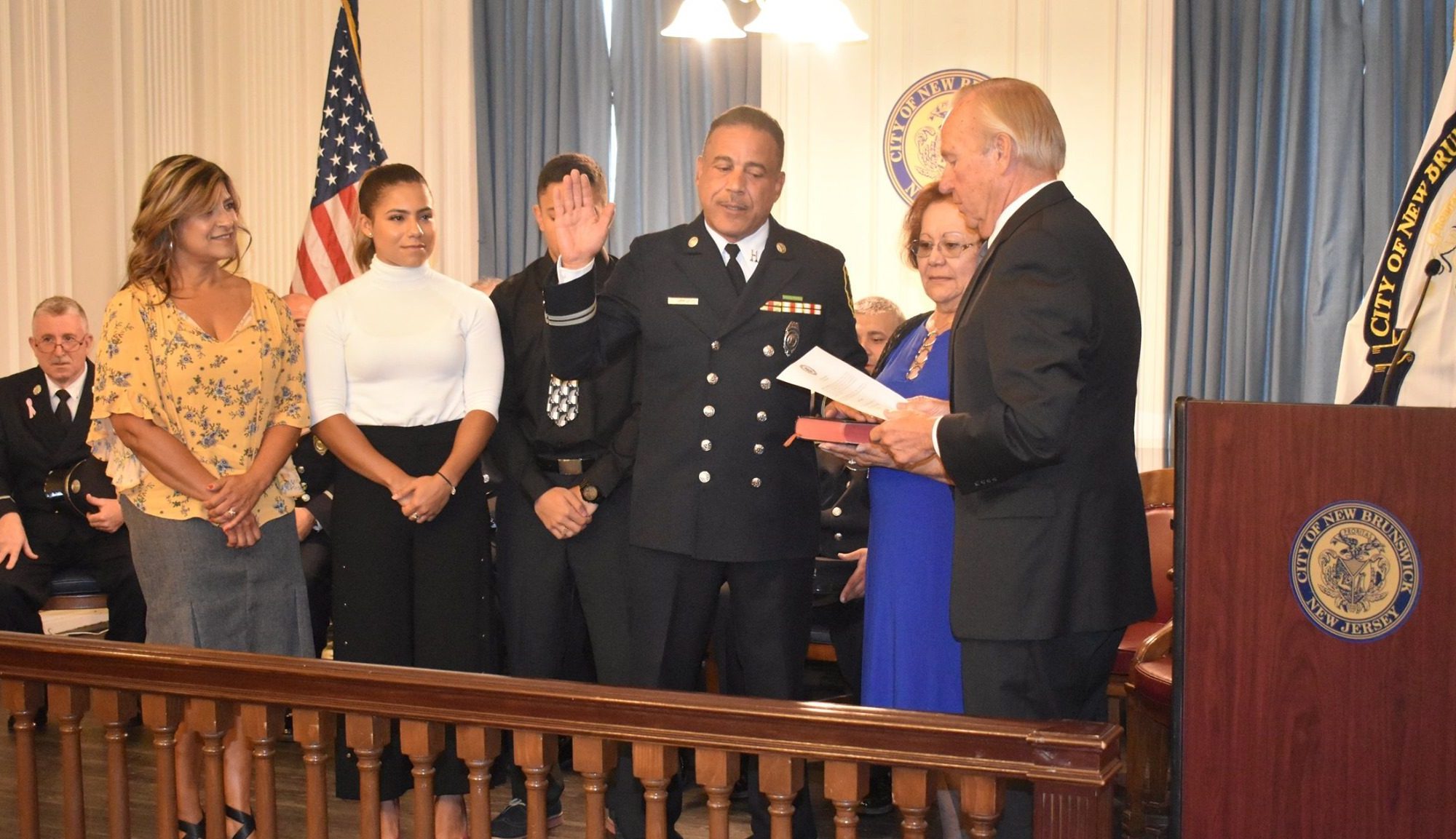 Mayor Jim Cahill made the promotion official, along with several others, before a packed crowd in City Hall.

“Some how this major piece of Department history was not mentioned during the swearing in ceremony,” noted the post.

Arriaga joins Thomas Dobkowski, Kevin McCann, and Dean Wournell, the department’s other three Deputy Chiefs. The annual salary for the position is at least $148,608.

Along with Fire Director Robert Rawls, Cahill also promoted Chris Stellatella, Michael Delutio, and Collin Thomas to Captain, and elevated both Nicholas Recine and Rusty Litterer to the position of Fire Lieutenant.

“Excited to start a new chapter in my life,” said Arriaga in a post of his own.

A graduate of New Brunswick High School, Arriaga has been with the NBFD since 1994. He was promoted to Lieutenant in 2004, and to Captain in 2008.

New Brunswick was one of the first communities in Central New Jersey to have a fire department, and its history dates back over 150 years.