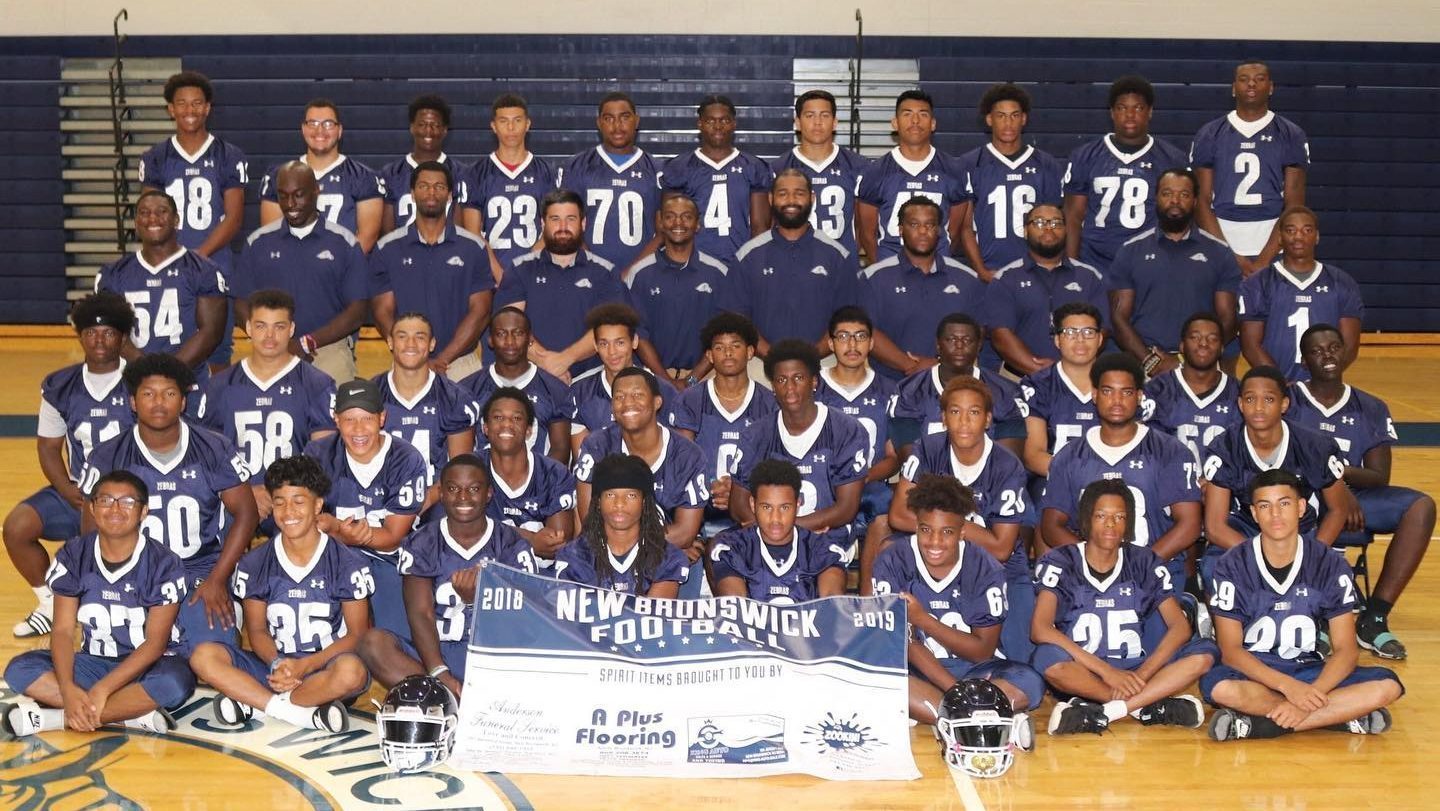 By: Charlie Kratovil
In: Education, Sports

NEW BRUNSWICK, NJ—The New Brunswick Zebras football program is off to a 2-0 start, putting them in a tie for first place in the Greater Middlesex Conference (GMC) White Division.

Under the leadership of second-year coach Nathaniel Harris, the team is off to its best start yet after a 3-6 campaign in 2018.

After a 40-20 win over Monroe Township High School in the first week of competition, the Zebras went on to a big win over the Edison High School Eagles on September 13.

MyCentralJersey.com’s Greg Tufaro covered the game, calling the 19-14 finish a “thriller,” which ended on a turnover on downs in the final minute with Edison just 30 yards away from the endzone.

Key to the Zebras win were turnovers, two of which led to touchdowns, according to Tufaro. But New Brunswick also showed promise on offense.

“Nydir Harmon, who moved from quarterback to running back, had touchdown receptions of 9 and 41 yards from rookie signal caller Quentin Tibbs to help the Zebras build a 14-0 lead in the second quarter,” reported Tufaro.

Harmon reportedly finished with 180 total yards from scrimmage, including 130 rushing yards, and one of the Zebra’s two interceptions.

The upset on the road makes the Zebras one of two 2-0 teams in their division, with the other being the always formidable Piscataway team.

New Brunswick is still not ranked in the top 10 schools out of the GMC, but their win over the Eagles knocked Edison down from #6 to #8, according to the Home News Tribune, which reports the rankings on a weekly basis.

On September 20, the Zebras will face the team from Dickinson High School in Jersey City and Memorial Stadium in New Brunswick.