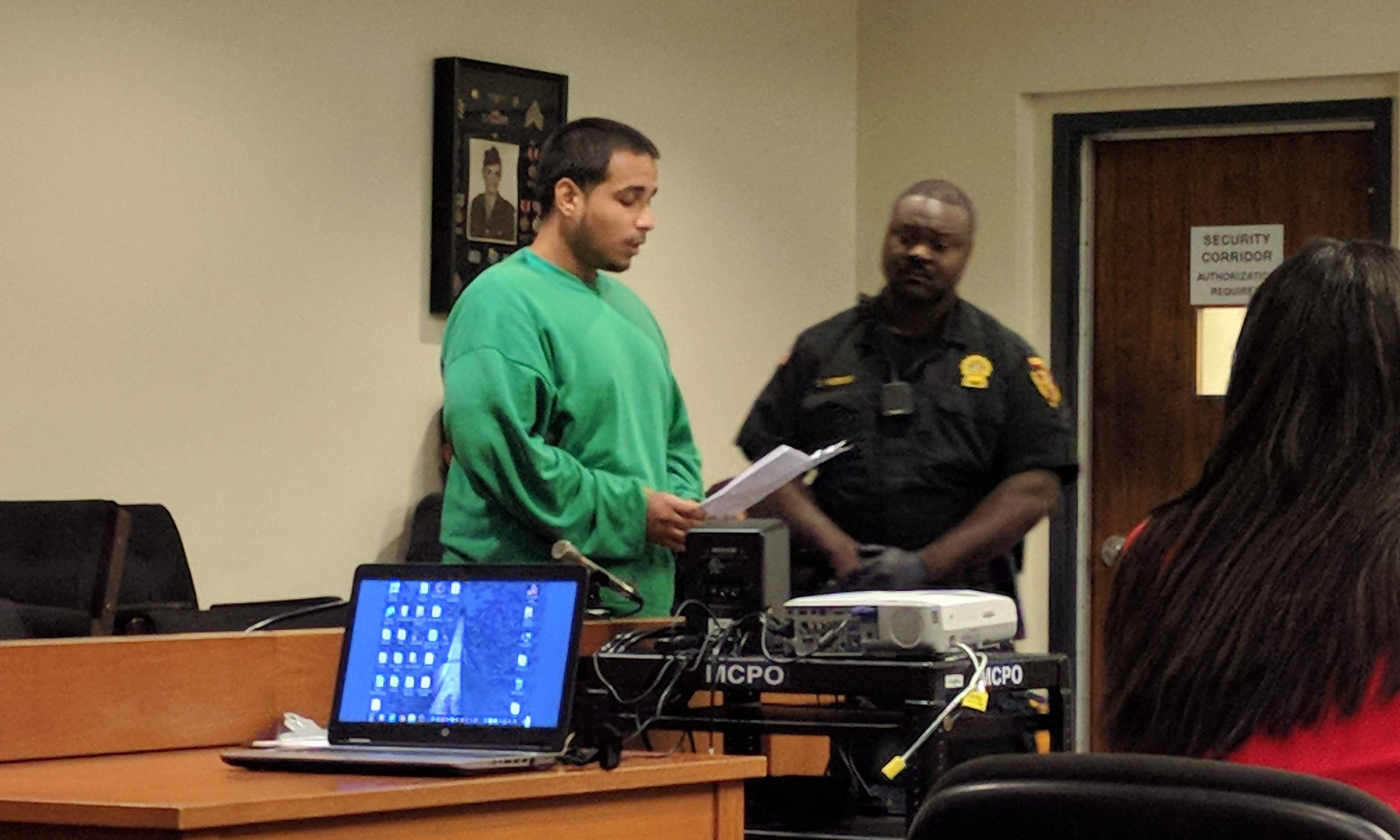 After Trying to Withdraw His Guilty Plea, Killer Gets 16 Years For Fatally Shooting Woman

NEW BRUNSWICK, NJ—Christian Cortes, the 27-year-old man who admitted to fatally shooting a woman on 7th Street in New Brunswick, tried and failed to withdraw his guilty plea on August 28.

The following day, Judge Joseph Rea sentenced Cortes to 16 years in state prison, in accordance with the plea agreement negotiated by Cortes’ prior attorney.

“He’s going to do the full 16 years because… it’s necessary for the protection of the public,” said Rea, who noted that Cortes has “anger issues” and “impulse control issues.”

On April 9, Cortes told Rea that he had fired the gun that killed Desiree Alvarado in a case of mistaken identity. In exchange for the guilty plea to a charge of aggravated manslaughter, a public defender negotiated a maximum sentence of just 16 years.

Alvarado, who was not the intended target of the shooting, left behind many family members who diligently attended the court hearings and told Judge Rea how much of a loss it was to have her taken from them.

The plea deal reached in April avoided a trial just as the case was finally about to move forward, providing some sense of relief for the grieving family.

But then Cortes turned on his attorney Carlos Diaz-Cobo, who has an office in New Brunswick and was assigned the case by the public defender’s office.

A new public defender, John G. Cito, then filed a motion on Cortes’ behalf stating that Cortes was actually not guilty and accusing Diaz-Cobo of being “ineffective counsel.”

Rea rejected the request to nullify the plea agreement, but the arguments over the motion led to a delay in sentencing.

When everyone returned to Rea’s courtroom on August 29, Cortes read from a prepared statement to the Judge, and accused Diaz-Cobo of “lying on the stand.”

“I’m not here because I shot the victim. I’m here because I refused to cooperate with the State,” said Cortes. “I tried to get a fair trial in hopes that the truth would come to the light.”

“Today, an innocent man will be sent to prison,” Cortes added, stating that both his family and the victim’s family “will be failed by the Court.”

But those comments drew rebukes from Judge Rea and Assistant Prosecutor Scott LaMountain, who handled the case.

LaMountain said there was a failure of the system, and it was his own failure to secure a harsher plea agreement with Cortes.

“The failure was that this was negotiated down to aggravated manslaughter because I’m forced to make difficult decisions every day,” said LaMountain. “That’s what [Cortes] negotiated. That’s what he signed up for.”

Rea criticized Cortes during the sentencing, noting he was “extremely lacking in credibility [and] a documented liar.”

“It’s all about him,” Rea said, referring to Cortes’ remarks before the Court. “Nothing about remorse. No apologies.”

According to Rea, Cortes had been purchasing marijuana from Alvarado’s son, Manuel Garcia, but was robbed the day before the fatal incident. Cortes blamed Garcia for robbery, and came back looking for him with a 9mm handgun on July 14, 2017.

LaMountain said that Cortes was “lying in wait” on 7th Street, just two blocks north of New Brunswick Middle School, before firing the shots around 10:30am.

Alvarado, a mother of four children, was driving Garcia’s car that day, but Cortes fired two shots anyway—including the one that hit Alvarado’s neck and ended her life.

The next day, police arrested Cortes and he has been incarcerated ever since, earning 775 days of “jail credit” that will count towards his prison sentence.

Under the No Early Release Act, Cortes won’t be eligible for parole until he has served at least 85% of the 16-year sentence.

Though Alvarado’s family has some closure now, the case might still continue.

Cito told the Judge that his client says he intends to appeal to a higher court, and that someone else within the public defender’s office will handle that matter.