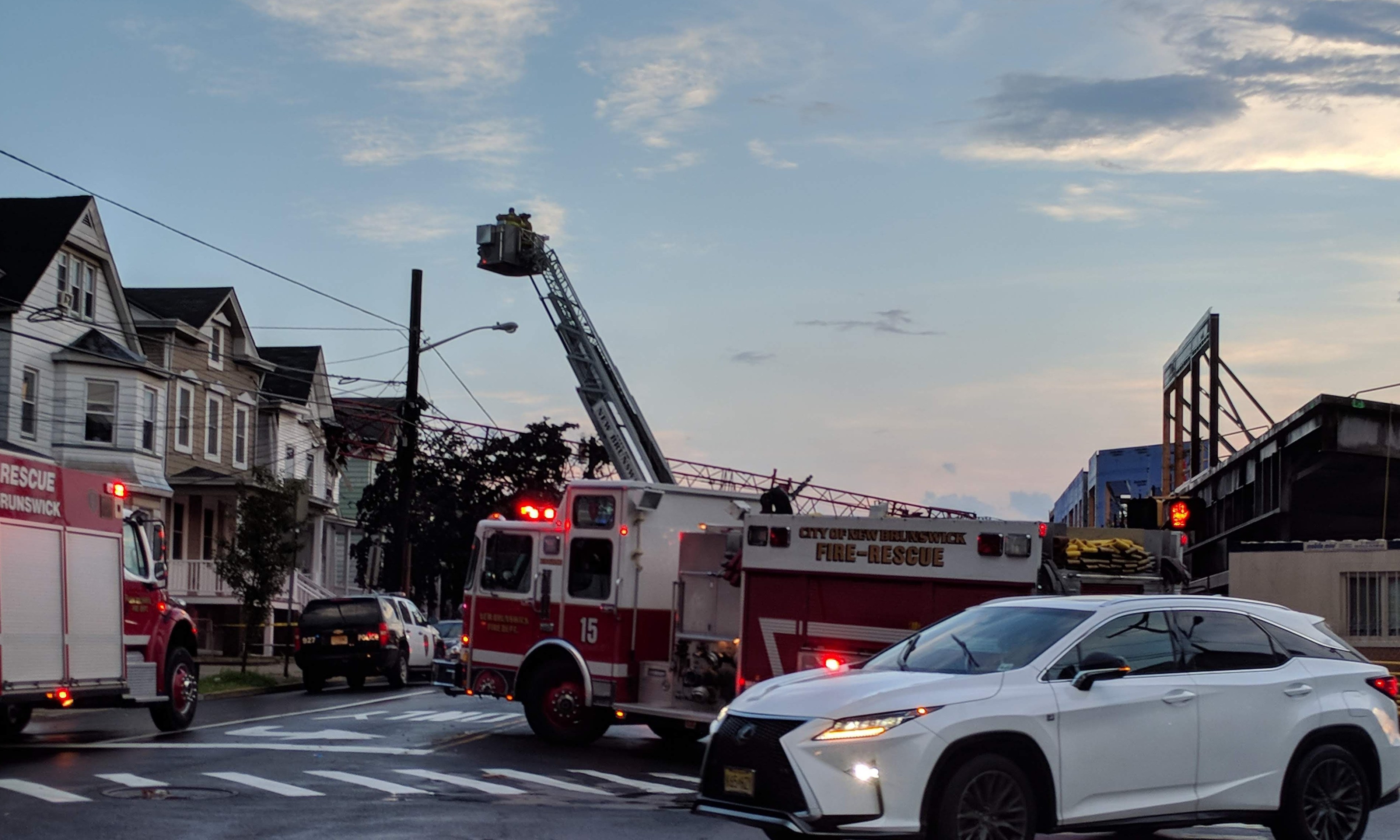 Crane at Hamilton and Easton Collapses Into Homes During Storm

The crane at 78 Easton Avenue came down at approximately 7pm on Sunday, July 21. CBS New York’s reported wind gusts in excess of 60 miles per hour around that time.

It was the site where Collegiate Development Group, a St. Louis company, had been building a nine-story, 181-unit apartment building, at Easton Avenue’s busy intersection with Hamilton Street.

Onlookers and officials agreed that there were no reports of injuries at this time, but the devastation was apparent.

The falling crane did serious damage to the upper floors of the home at 142 Hamilton Street, landing in the backyards of Hamilton, while another piece of the crane smashed into a small apartment building on Condict Street, a full block away.

It’s not immediately clear how tall the crane was, but the building under construction was set to rise 115 feet above the intersection.

It’s also unclear how authorities will clean up the mess, who will incur the costs, and what this means for the proposed building.

NBC New York reported that the construction company and city engineers were working to figure out how to remove the crane without doing further damage to buildings and power lines in the neighborhood.

Just a few doors down from the mayhem sits the office of Kelso & Burgess, the firm that represented the Missouri-based developer in its efforts to secure land use approvals from the city.

As we have reported extensively, Kelso is paid by Middlesex County taxpayers some $206,000 per year to be their foremost legal representative: the County Counsel.

At the same time, the county government also steers hundreds of thousands of dollars to his law firm in a no-bid contract, and yet still Kelso is paid to represent almost all of New Brunswick’s major real estate developers every time they build in the Hub City.

In June 2017, the Collegiate Development Group building was approved by the city’s Zoning Board unanimously, “over several objections from nearby residents,” according to TapInto New Brunswick’s Jack Murtha.

Kelso represented the company at the hearing, even though the project was on a county-owned road, creating a conflict of interest.

Later that year, the City Council and Mayor James Cahill granted the developer a lucrative tax exemption, which will allow it to avoid paying traditional property taxes, including school taxes, for up to 30 years.

Anthony Abrantes, Sr. of the Keystone+Mountain+Lakes Regional Council of Carpenters confirmed the construction site was also the location of an ongoing “labor dispute,” one related to the use of non-union employees by the developer.

“There’s a huge correlation when it comes to qualified workers and training and how that impacts safety on the job site, not only for [our members] but for the citizens of the community,” Abrantes told New Brunswick Today.