In one case, an older man’s life was cut short by a chance encounter that quickly led to violence in the middle of downtown New Brunswick’s main street.

In another, a younger man’s life ended under suspicious circumstances and his body was discovered in the basement of an abandoned home.

The first victim, 61-year-old city resident Robert Reilly, was knocked out by a single punch on the night of March 30, after a verbal altercation turned physical in front of a convenience store, and he never woke up.

Reilly, a New Jersey native who was staying with friends here in New Brunswick, was known to frequent that area of George Street. 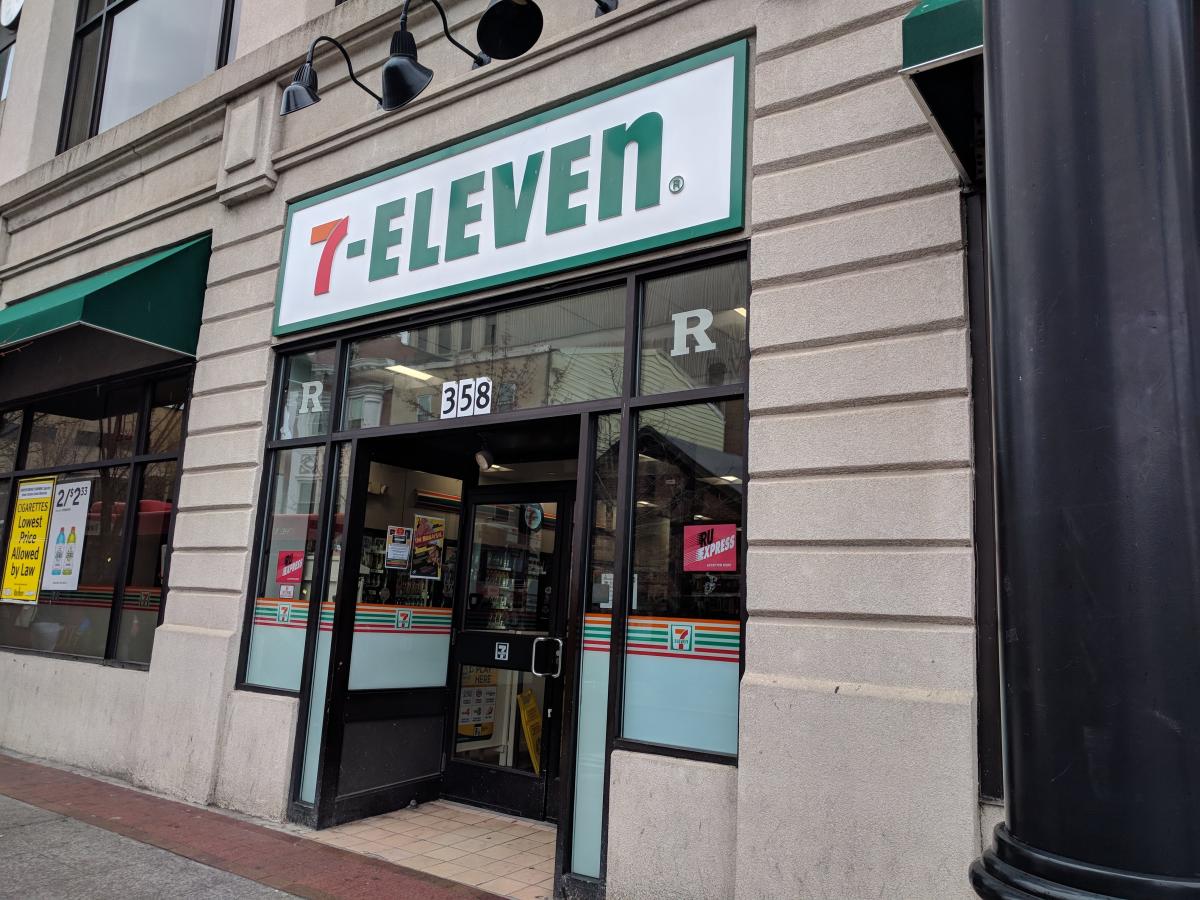 A prosecutor said that Reilly was “found unconscious and not breathing” after the altercation in front of the 7-11 at the corner of George and Paterson Streets.

“He’s first either punched or pushed, which caused him to hit the ground and hit his head,” said Bina Desai, the Assistant Prosecutor handling the case.

Authorities kept the matter quiet for over four days, as they obtained video evidence of the assault and hunted down the two men they believed to be responsible.  Meanwhile, Reilly was hospitalized with no brain activity.

Authorities eventually upgraded their aggravated assault charges to first-degree murder after Reilly was taken off of life support on April 3.

The first suspect, 32-year-old James Lyles, had been taken into custody the day after the incident.  Desai claimed that surveillance video showed “what appears to be [Lyles] stomping on [Reilly’s] head.”

Desai said Lyles admitted he tried to kick Reilly in the head while Reilly was on the ground, but said he missed and “didn’t really make contact.”

The prosecution offerred to show the video to Middlesex County’s Presiding Criminal Judge Michael Toto, but the Judge declined to watch.

Lyles and his family live in an apartment on Paterson Street, just a few feet away from the scene of the crime and just one more block away from the courthouse where he appeared in shackles on April 5.

His case may hinge on video evidence of the violent altercation, as well as the potential testimony of Lyles’ wife, who initially tried to de-escalate the conflict.

However, while Desai noted Lyles’ wife was “cooperative with the police,” the prosecutor also mentioned that “it is unclear if she is stepping over the victim right after he’s on the ground, or kicking the victim.”

Authorities eventually tracked down the other man, apparently her brother, who they say punched Reilly.  Officers arrested 28-year-old Joshua Robinson at a hotel in South Plainfield on April 4. 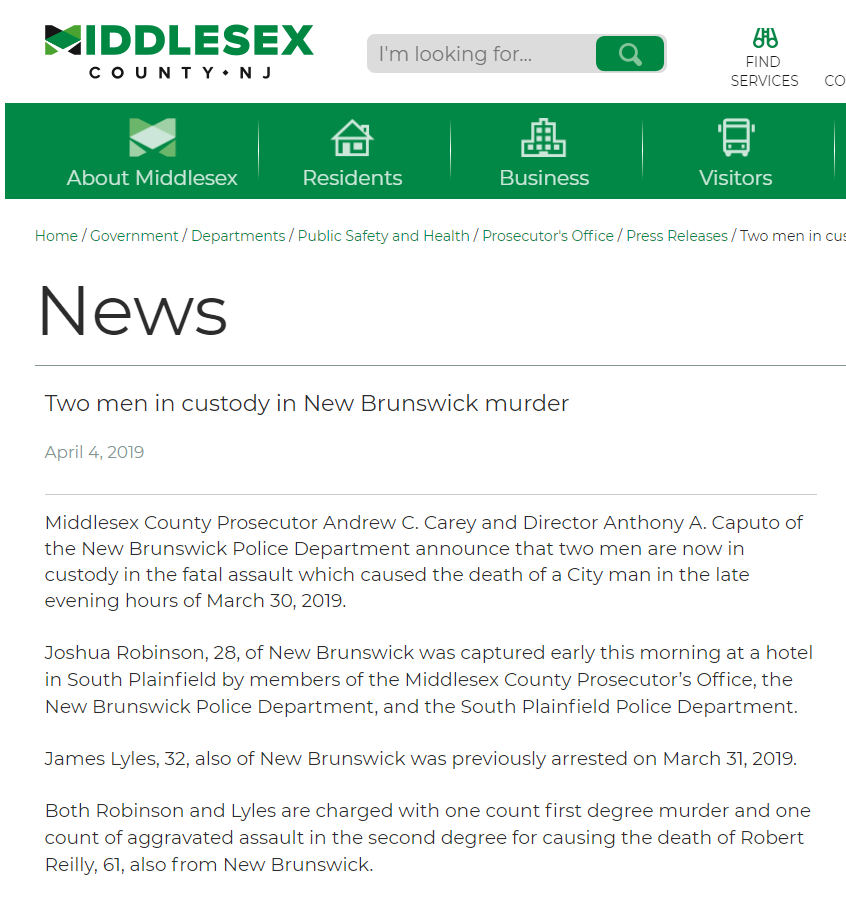 With both men now behind bars, the Middlesex County Prosecutor’s Office (MCPO) revealed later that day that there had been a “fatal aggravated assault,” and that Robinson and Lyles had been charged with first-degree murder and second-degree aggravated assault.

Rutgers University also alerted the campus community with one of their notorious crime alerts, because the incident occurred in the Fifth Ward of the city.

On April 5, Judge Toto ordered that Lyles be detained pending his trial under the state’s 2017 “bail reform” legislation.

A hearing is set for April 9 to decide whether Robinson will also be held pre-trial.  Unlike most detention hearings, the presumption goes in favor of pre-trial incarceration when the charges include murder.

Jacqueline Boulos, a public defender representing Lyles in the hearing, argued that there was not probable cause to charge her client with murder, saying he had no intent to kill Reilly and was only responsible for, at worst, a single kick to the victim.

“This entire altercation between three people was not something planned, not something intended,” said Boulous, who stressed the encounter was “happenstance” and that no weapons were involved.

“Not only was it not intended, but it wasn’t even known the severity of the injuries at that point in time,” said Boulos.

“What we have here does not rise to the level of a murder.  I think what should have been charged here today is aggravated manslaughter, Judge.” 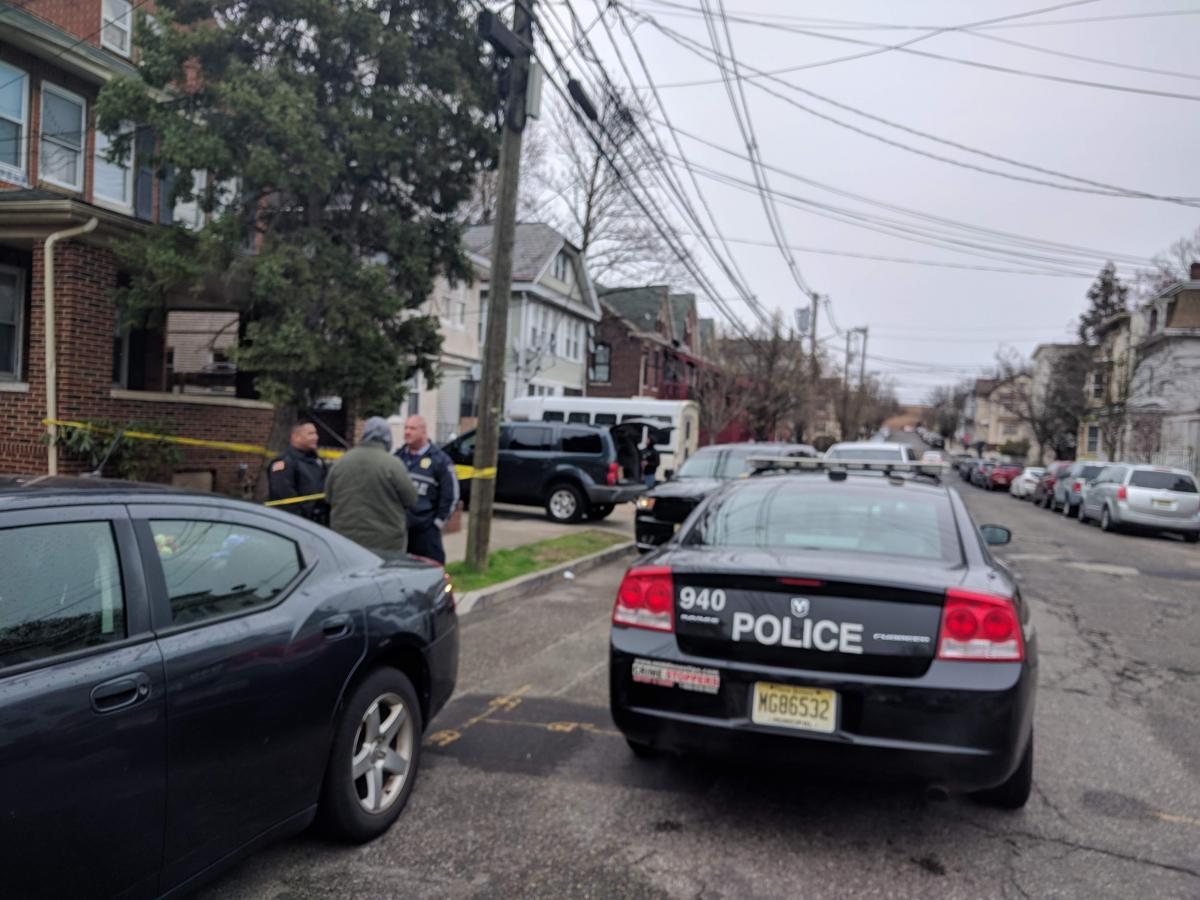 While Lyle’s detention hearing was taking place in the Middlesex County Courthouse, a seemingly unrelated crime scene was unfolding a few blocks away on Welton Street.

There, a team of New Brunswick Police Department (NBPD) detectives was observed entering the home next to the abandoned property where the body of Lucas Reyes-Cordona had been discovered just over an hour earlier.

The property at 73 Welton Street is boarded up and owned by USBank, but it was not among the ten properties the city attempted to place on its first official list of abandoned properties last summer.

According to property records, the two-story, two-family home was built in 1920, but it was sold in a foreclosure sale by the Middlesex County Sherriff’s Department approximately two years ago.

In addition to a half-dozen law enforcement vehicles parked on the block, sat a crime scene investigations (CSI) van, likely the one used to transport the body to the Middlesex County Medical Examiner’s Office in North Brunswick.

Later that day, an official statement from the investigating agencies was released: “The cause of death remains under investigation. An autopsy is scheduled to be performed today by the Middlesex County Medical Examiner’s Office.”

The four-paragraph statement did not acknowledge the case was being investigated as a murder. 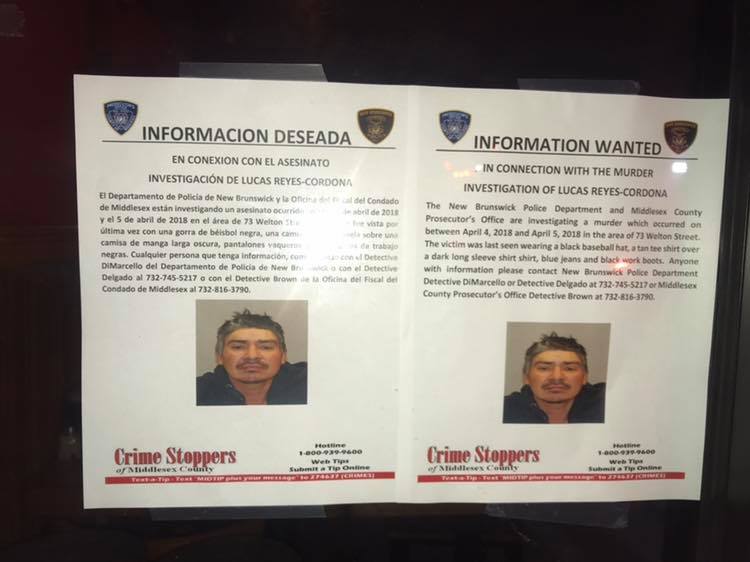 Within hours, however, flyers associated with a law-enforcement-linked non-profit were posted in public locations, and they not only characterized the situation as a “murder investigation,” they also identifed Reyes-Cordona as the victim.

New Brunswick Today was able to confirm that the year should have been listed as 2019, and the inaccuracy was the result of a typographical error.

The flyer, which includes NBPD and MCPO logos as well as that of “Crime Stoppers of Middlesex County,”  also notes Reyes-Cordona was “last seen wearing a black baseball hat, a tan tee shirt over a black long sleeve shirt shirt, blue jeans and black work boots.” 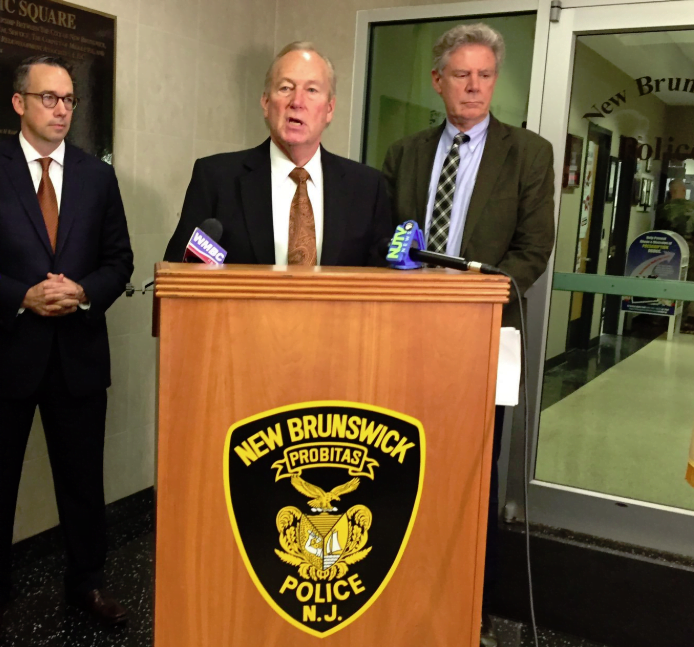 Mayor James Cahill has not commented on either of these two killings in his city, and the only official statements–aside from the flyer–have come from Prosecutor Andrew Carey and NBPD Director Anthony Caputo.

That’s no different than last year, when New Brunswick was the scene of two murders, each passing without a public statement from the Mayor.

Both of last year’s murders resulted in criminal charges against at least one suspect.

On July 1, 2018, the body of 26-year-old Darren Fordham, Jr., was “found in a wooded area near Phillips Road and the Pine Grove School in Franklin Township… with multiple gunshot wounds,” according to the MCPO.

Authorities later determined that the murder took place at the Hamilton Gardens Apartments, located at 300 Hamilton Street in New Brunswick.

On October 26, 2018, 23-year-old Larenz Ogarro was shot down in the Schwarz Homes and Robeson Village public housing neighborhood where his grandmother lives.  Ogarro was not the first in his family to lose his life to gun violence, as that tragedy came approximately four years after another tragedy, the shooting death of his brother, Joell “Jozy” Burton.

Police charged and eventually arrested 26-year-old Christopher “C-Dub” Thompson, of Edison, and charged him with the murder.  Another man, 25-year-old New Brunswick resident Eric “E-Z” Inman, was charged with aggravated assault and possession of a weapon for an unlawful purpose in the fatal incident.