The choice was made by an unknown number of individuals who gathered at the Middlesex County College and voted on who should replace New Brunswick’s longtime Freeholder Blanquita Valenti behind closed doors.

Democratic Party officials have not answered basic questions about the event such as who was allowed to vote, whether or not they had enough participants to satisfy the requirements of their own Constitution, and why this reporter was denied access despite their claim that “all registered Democrats are welcome to attend.”

Even the vote totals of the race which Azcona-Barber allegedly won have been withheld from the public.  Her opponent in the contest, Perth Amboy Councilman Joel Pabon, told New Brunswick Today the final tally was “two-hundred-something [to] one-hundred-something.” 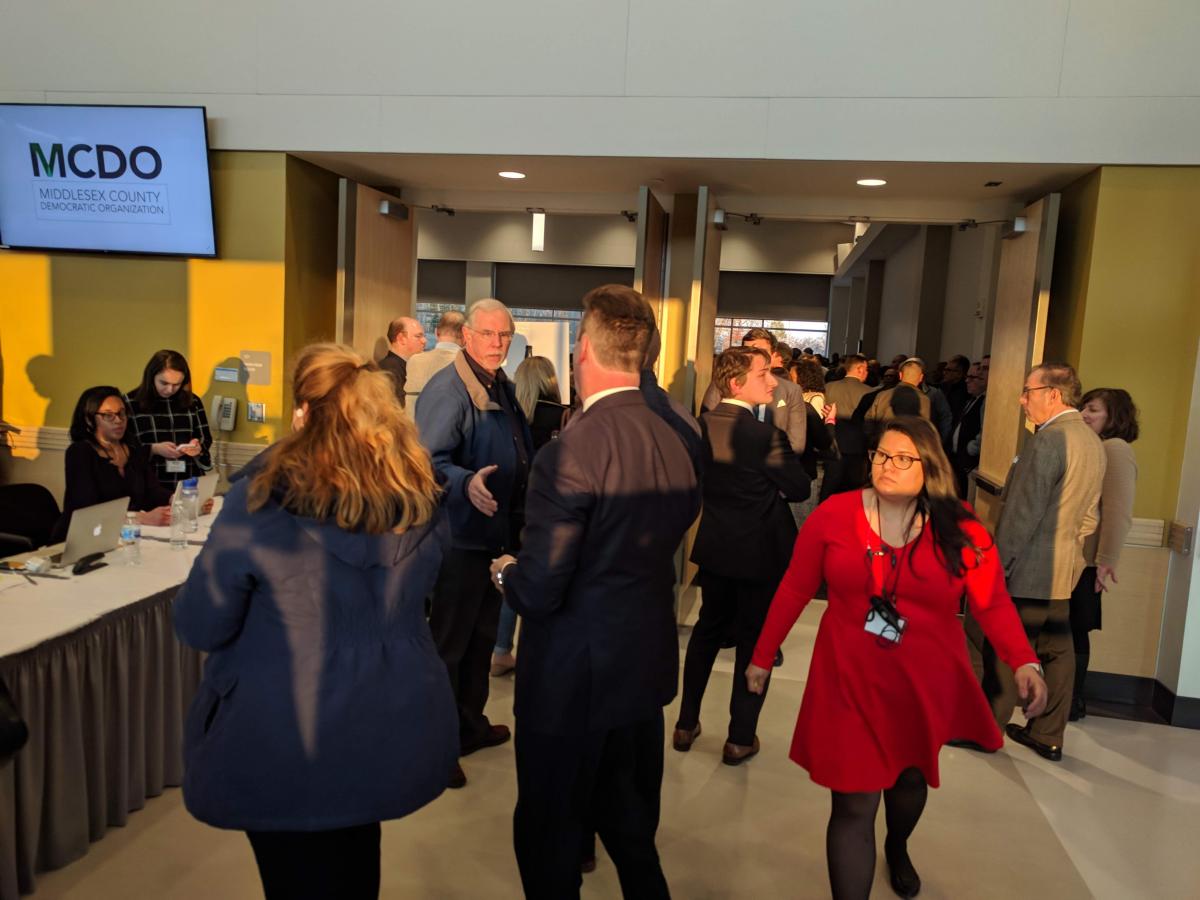 The timing of the convention was just one of many violations of the MCDO’s own Constitution that took place during the event run by Kevin McCabe, the Democrat Chairman appointed by Republican Governor Chris Christie to a seat on the powerful board for the Port Authority of New York and New Jersey.

But it’s another appointment from the Christie era that has raised some eyebrows about the Democratic party’s choice to replace Valenti, an influential figure in New Brunswick politics for decades.

According to a biography published by the MCDO in advance of the vote, Azcona-Barber “served on numerous Governor nominated and Senate confirmed boards including…  the New Jersey Redevelopment Authority.”

The agency’s 2017 annual report describes itself as a “multi-million dollar independent financing authority created by the state of New Jersey via the New Jersey Redevelopment Act in July 1996 to transform urban communities through direct investment and technical support.” 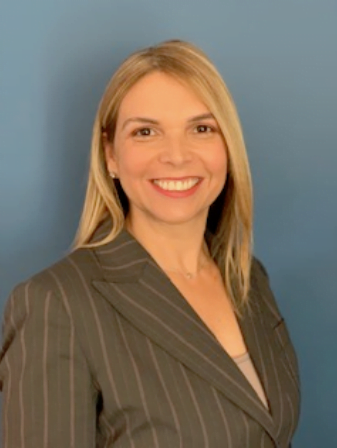 In the more than three years that have passed since then, Azcona-Barber attended no board meetings, according to public records, and no one there had ever heard of her when New Brunswick Today called to fact-check the candidate biography posted to the MCDO’s website.

“Ms. Azcona-Barber was not appointed to the NJRA Board,” said Tammori Petty, a spokesperson for the Department of Community Affairs (DCA) on March 13.

As a courtesy, we informed Petty that Azcona-Barber’s “experience” as a NJRA board member was being touted as part of her campaign for Freeholder.

The fact that Azcona-Barber never took office didn’t stop the MCDO from bragging about her position as it tried to build the case she should be the next Freeholder representing Middlesex County, and not Joel Pabon.

According to her resume, the only candidate experience Azcona-Barber has is two separate stints serving as a Democratic Committeeperson, the neighborhood-level position within MCDO that decides which candidates get the party’s support in primary elections.

Those committee members make up the group that would ultimately decide which candidate would get the coveted “party line” in her Freeholder race, a favorable position on the ballot that makes a candidate more likely to win.

Azcona-Barber served on the committee from 2001-2003, though her biography erroneously states that she was elected to the group “in 2000.”  There were no elections for the office that year.  She later replaced Valenti as the Committeewoman for their neighborhood in 2015. 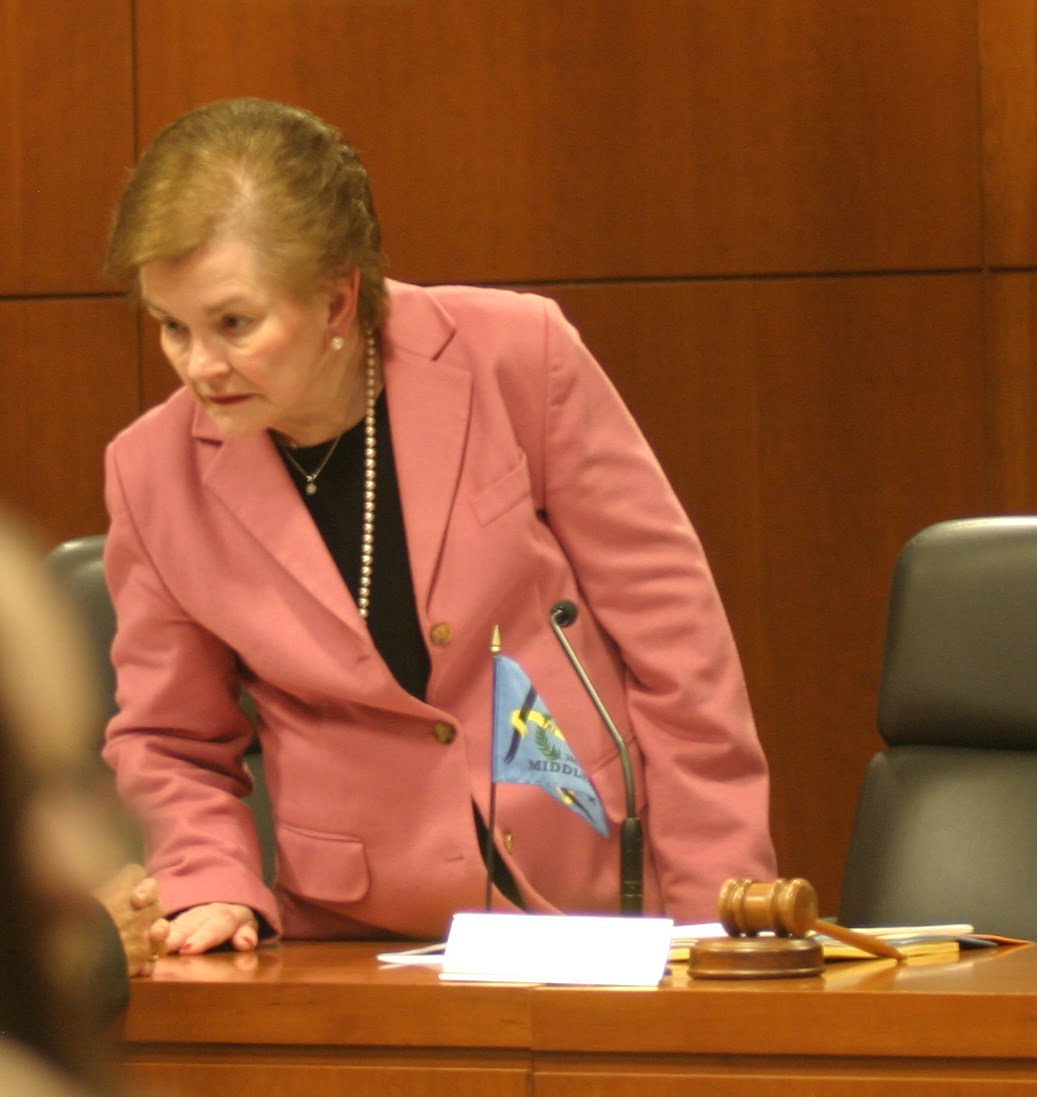 “She has also given back as a volunteer… and is a member of the Board of Trustees for PRAB, among others,” wrote Valenti, referencing the organization she helped start: the Puerto Rican Action Board.

And Valenti would know, having been the Chair of that entity’s Board of Trustees until recently.

New Brunswick Today confirmed with Valenti that she indeed wrote the letter, which includes language that says it was paid for by “Valenti for Freeholder,” and she confirmed that Azcona-Barber was not currently on the board.

“Please direct all freeholder candidate media inquiries to the Middlesex County Democratic Organization at (732) 906-3680,” wrote Azcona-Barber in a March 14 email.