Among the more serious offenses is the charge of violating section B2 of Title 18, Section 6312, which states: “Any person who knowingly photographs, videotapes, depicts on computer or films a child under the age of 18 years engaging in a prohibited sexual act or in the simulation of such an act commits an offense.”

The other six charges out of Upper Mount Bethel Township in Northampton County all relate to child pornography, unlawful contact with minors, and using a “communications facility” to commit a felony.

If Officer Padilla is suspended from duty, it’s likely he won’t be the only officer suspended.  As we reported, at least one other officer—a former Milltown Borough Councilman—has been suspended since late 2015.

It’s not the first time a Middlesex County official has been tripped up by criminal charges stemming from liasons with ostensibly underage persons in the Commonwealth of Pennsylvania. 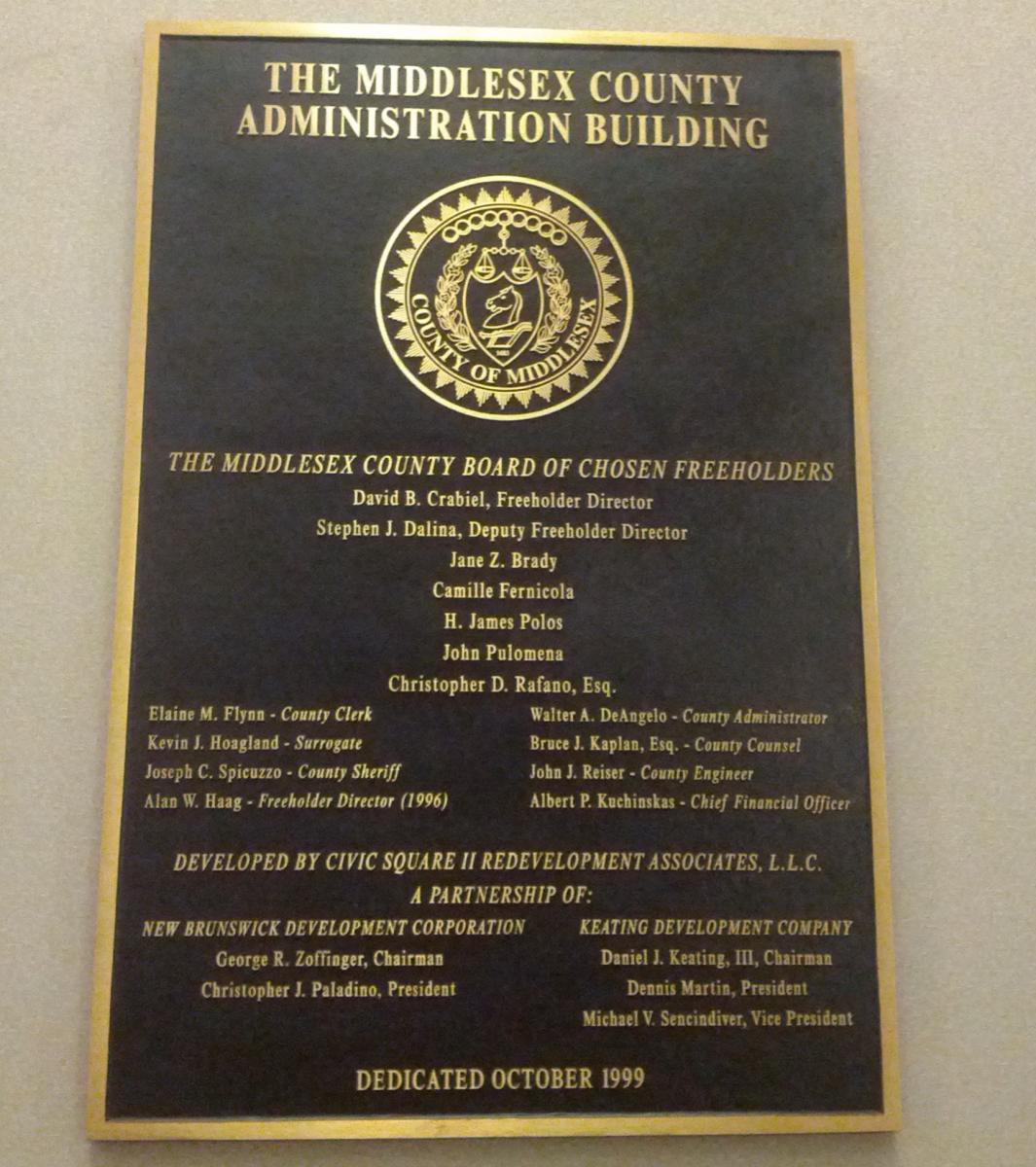 Haag’s name appears on the plaque at the entrance to the County Administration Building, and by virtue of his time as Freeholder Director, his photo still hangs in the Freeholder Meeting Room.

But in 2003, Haag drove his county-owned sport utility vehicle to Pennsylvania, and brought with him a phony badge that declared he was the “county corrections superintendent.”

The arrangements had actually been made with an agent working in the Pennsylvania Attorney General’s Task Force on Internet Crimes Against Children.

The limited documents available online in Officer Padilla’s case indicate no date of arrest.  The charges were all filed on January 31 of this year, but the date of the offenses is listed as April 1, 2018.

Over the past year, Pennsylvania Attorney General Josh Shapiro has gained national notoriety for his office’s work to investigate child abuse among priests in the Catholic Church, sparking similar efforts on the part of attorneys general in other states.